This thread is here to request updates for packages that are in the official repositories of Manjaro and that are imported directly from Arch Linux. These packages are not signed by anyone in the Manjaro Team, but rather signed by a maintainer of Arch Linux.

Usually, updates for these packages come regularly on the Unstable branch and gradually go on the Testing, Stable-Staging and Stable branch. Sometime, there may be a good and legitimate reason why an update for a package would need to be published faster than usual, such as for example, to fix a security issue. This may be done either by importing the new version of the package from Arch Linux and push it immediately on Manjaro, or by temporarily handling the package on Manjaro side and push a package that is built by someone in the Manjaro team.

Please justify why the requested update should be taken into consideration. A “because it is not the newest version” will most likely not be enough to consider pushing an update immediately.

Here’s an example of a package that is imported directly from Arch Linux. 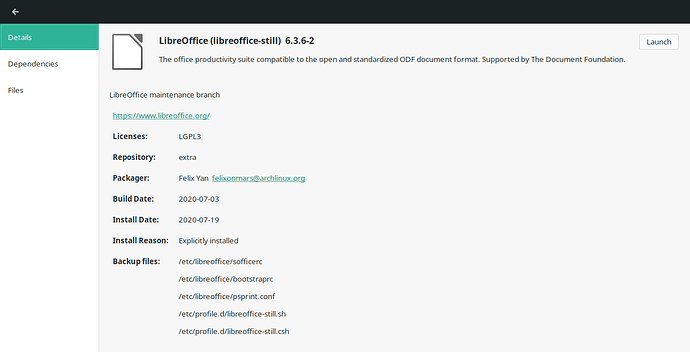 Any chances to get new version of Supertuxkart racing game in stable repos? It was released 4 days ago.

Arch already have so Manjaro will get in next update

You can check the status of Manjaro packages here:

You’ll see supertuxkart is present in the unstable branch.

Please see here for how the branches work: