Huge update. Between Plasma and Gnome it has everything! 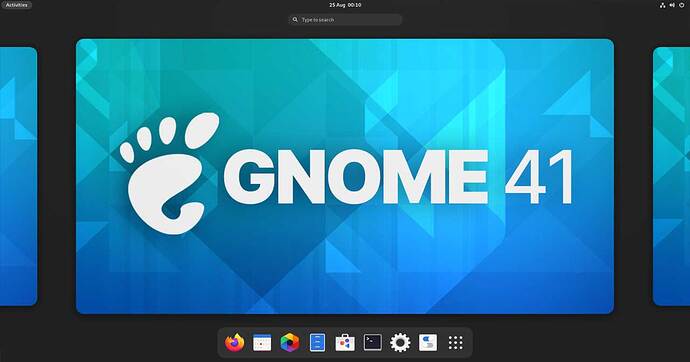 If you used the Manjaro ARM Installer or is using PinePhone or PineTab, you need to redo your passwords, because of an update to libxcrypt:
https://archlinux.org/news/sorting-out-old-password-hashes/

We are in need of testers for our arm-testing and arm-unstable branches.
So if you are adventurous and want newer software quicker, we would love for you to help us test out the new packages in arm-testing branch.

All you have to do to switch to this branch is:

We would then love for you to give feedback in our update posts in #manjaro-arm:arm-testing-updates. That way we can better find and fix bugs, before they hit arm-stable branch. Thank you!

This is a wiki post, please edit it when you find a solution to an issue you encountered

The reason is that previously we added this file to fix a few issues, but it was not owned by any package. So with this update, we switched it to be owned by rpi4-post-install, which results in this file conflict.
Workaround: Run sudo pacman -Syu --overwrite /etc/udev/rules.d/99-vcio-rewrite.rules.

Congratulations on the release!

My install failed cleanly (“no packages were upgraded”).
I got this error:

What should I do?

the issue is looking this one, if I’m not wrong

Hello, every few weeks I SSH into my Pi and run pacman -Syu. It’s never had a problem updating before, but this time it says the following. I have not installed anything… I basically don’t touch the Pi except to update it every now and then. error: failed to commit transaction (conflicting files) rpi4-post-install: /etc/udev/rules.d/99-vcio-rewrite.rules exists in filesystem Errors occurred, no packages were upgraded. What can I do?

Manjaro-Arm-Gnome-linux-5.15.1-3 GT King Pro, Kernel Panic/System Freeze during the last few stages of Update to Stable-Updates-2021-11-30 which render the USB Flash no longer able to boot up. Had to re-burn image using Manjaro-Arm-Gnome 21.10.

While editing this message, kernel panic strike again (uptime around 30 minutes). Power cycle, boot up successfully. Another kernel panic happened during editing a document (uptime around 20 minutes) this co-inside with the screen flash artifacts (default governor=schedutil and min_speed=100MHz if not mistaken). Remember that that the cpu frequency switch might cause stability issue.

Third power cycle, first thing “sudo cpupower frequency-set -g performance” to set governor to performance for the time being see whether stability improves (kernel .
panic).
Previously with Manjaro-Arm-Gnome mainline linux kernels with governor=performance or governor=schedutil but min_speed=1GHz did Not experience any kernel panic once successfully boot up since June 2021. Had three kernel panic during booting up process out of many boot ups since June.

By the way, firmware BCM4356A2.hcd is missing, this is required for Bluetooth to be activated on GT King Pro. 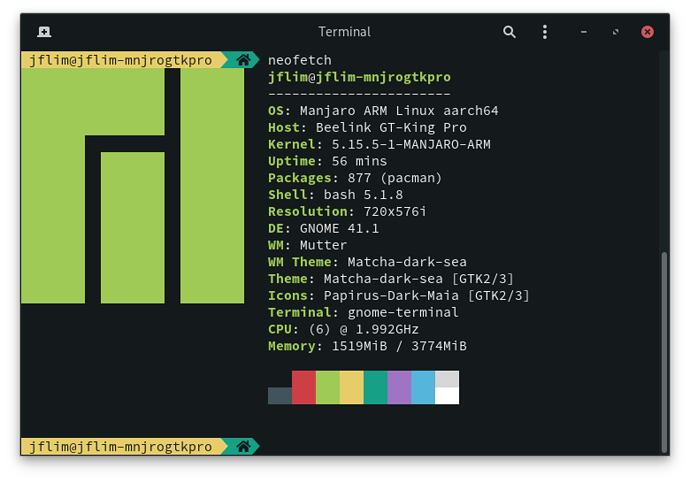 Edit: Just an update. With Governor set to “performance” (uptime around 4 hours with no kernel panic) or with governor set to “schedutil” and cpu min_speed=1GHz resolved the occasional “screen flashes artifacts”.

I have noticed one regression in Plasma Mobile: It now often resets the favorites (the shortcut bar on the bottom of the screen) on startup, putting only Phone and Phonebook there. (I normally have Spacebar and Angelfish added.)

If anyone’s curious, this is the change. I haven’t researched yet to understand what it does, but what I’ve gathered so far is that the GPU subystem is changing somehow.

All it does is allow for one to run certain things if you are a member of the group “video” without having to use sudo.

hmm no issue on my end. I’m on latest testing though, but my xwayland version still sticks to 21.1.2-1 (which is known to be the last working version)…

EDIT: ahhh I see the updated version of xwayland to 21.1.3 made it to the stable branch update

EDIT: ahhh I see the updated version of xwayland to 21.1.3 made it to the stable branch update

It didn’t. Stable branch also has 21.1.2.
The problem might be that the user already has 21.1.3. The update does not automatically downgrade packages. To update and downgrade at the same time, run sudo pacman -Syuu.

During a call my "interlocuteur" can't listen me Plasma Mobile

That’s just because we didn’t block the one from Arch ARM, but we added an overlay instead.

to make a whole system upgrade.

It should ask you if you want to downgrade xorg-xwayland. Please do so.

But I can’t ever call

if you haven’t yay installed, you can replace it with sudo pacman instead