I’ve gone to several forum posts with no solution found. Manjaro does not boot into GUI, stuck at screen which says: 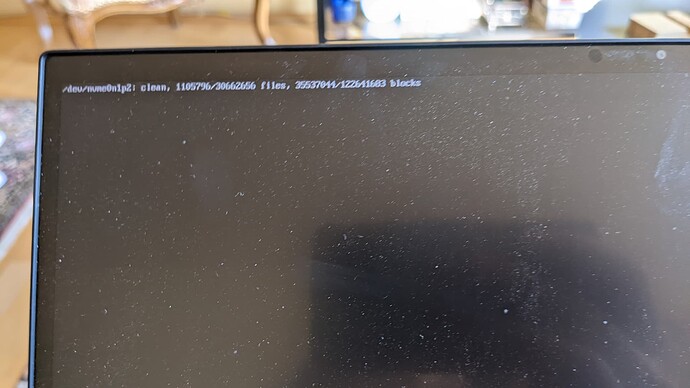 I can open Manjaro into TTY2 and troubleshoot from there but no luck so far. I’ve updated grub, pacman mirrors, system updates, xrandr and xorg come back with no displays found.

Any help is appreciated,
Thanks.

That message itself, just means your NVMe drive is A-OK, I also get it, so there’s nothing to worry about.

Nevertheless, you saying it doesn’t move past the message, means something’s amiss. We just need to find out what, which means inspecting logs. The best way would be from a chroot environment.

Was this after an update? A change in a configuration? Switching to a different kernel / video driver?

Are you able to manually start the display manager with:
sudo systemctl restart display-manager

[HowTo] use public command-line pastebin services without installing anything! Tutorials

Sometimes we might want to easily share terminal output. While this can be accomplished directly in the forums or manually through websites like pastebin, there also exist a number of open services that allow you to paste and share directly from the command line by using tools you already have installed. This is great for many situations, including troubleshooting from a non-graphical boot, or simply very large outputs. Here I will share a few examples and how to use them. Services and Exampl…

Yea the system won’t proceed past this message, I can access the system in tty but that’s it. I’m also booted off a live USB at the moment and can run in chroot, where exactly should I go from here?

returns with nothing and

returns with some errors. I wish I could copy paste my terminal output but i don’t know how to do that on the forum from tty. Sorry for the image quality. 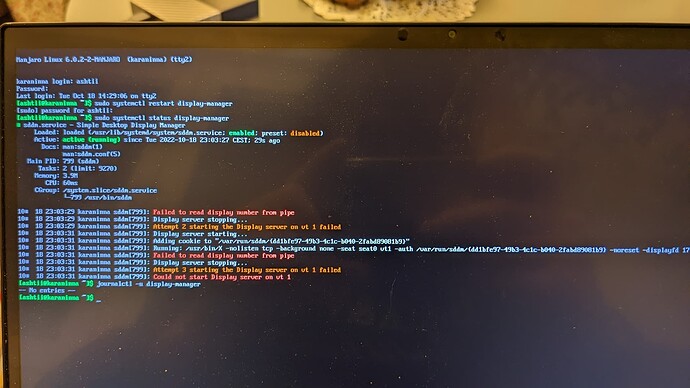 Oh that’s right, i forgot to include this in the first post. When i attempt to run startx the command isn’t recognized.

Are you using a Nvidia card with the proprietary drivers?

Nope, it has an integrated Intel GPU. I use the video-linux drivers. I’ve installed and reinstalled the graphics drivers many times using mhwd to no success.

are you using wayland since the startx doesnt work?
did you tried with different kernels?
rerun also update again:
sudo pacman -Syu

I’ve tried multiple kernels with no solution. I’m running linux515 now. Updating via sudo pacman -Syu returns with no change and as for Wayland or X11 I’m not sure, since xrandr and Xorg come back with outputs.

Tried Xorg but was met with the
Fatal server error: (EE) no screens found(EE) 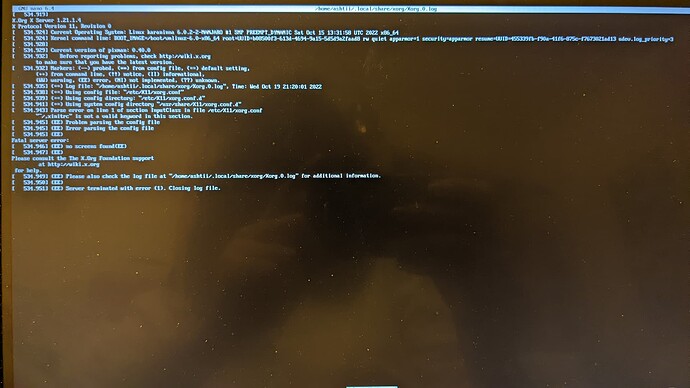 Sure, here you are: 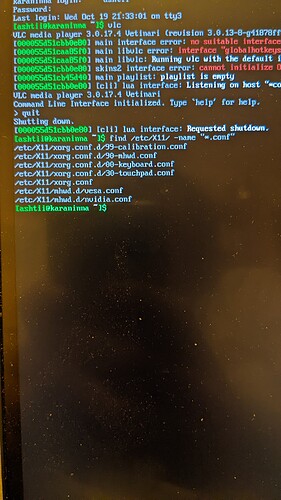 I honestly have no idea why I have Nvidia drivers, must have happened when i was installing different drivers.

Here are the outputs: 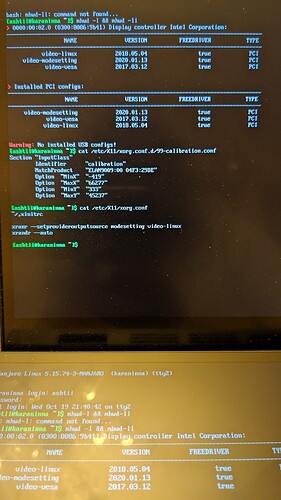 Allrighty thanks, i removed them all except for video-linux but still no change. Won’t open the GUI.

This assumes you removed the errant .conf file(s).

Also i made sure those conf files were erased, but when I went to remove them they were already nonexistent. However there was a xorg.conf.d file with some configs for the touchpad