With The 5.4.0 update to cinnamon the Title Headers & Bordes Icon is missing in the theme in the settings. The org.cinnamon.desktop.wm.preferences still exists in the dconf but now has no effect.
@oberon & @Yochanan

Sounds like a theme issue. I see no icons missing in System Settings.

What options in /org/cinnamon/desktop/wm/preferences/ aren’t working? 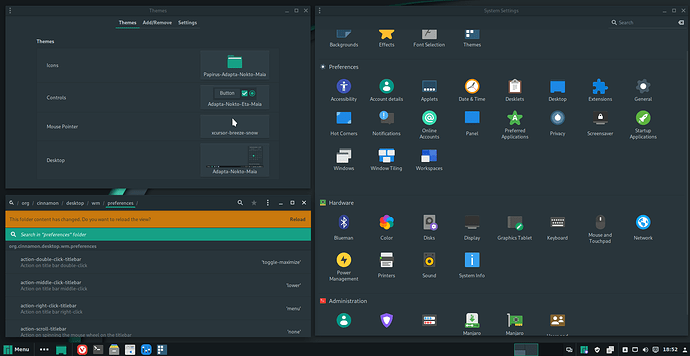 No not theme related and it appears your screenshot has no headers or borders?

I see no icons missing in System Settings,. please show me, it’s missing in the theme section

Maybe do the other way around, show the problem yourself so it is clear. 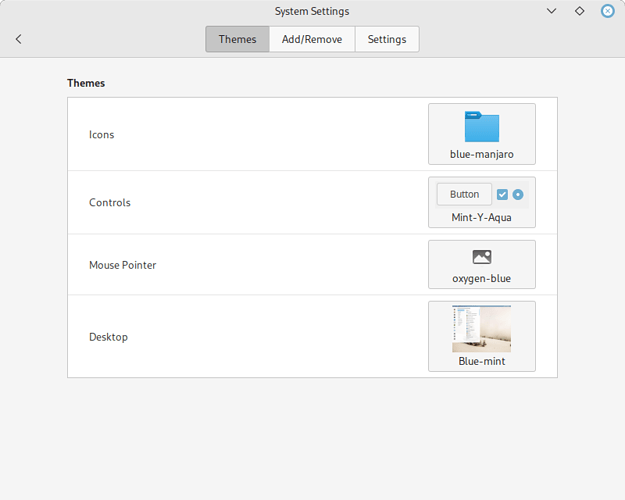 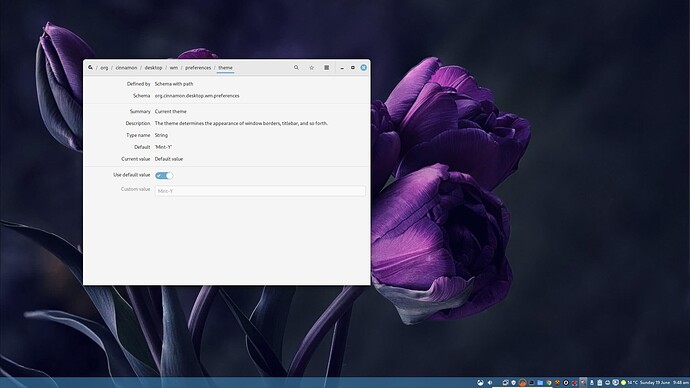 Yes I think it is an unstable problem.
Yes you are correct its alright in testing. 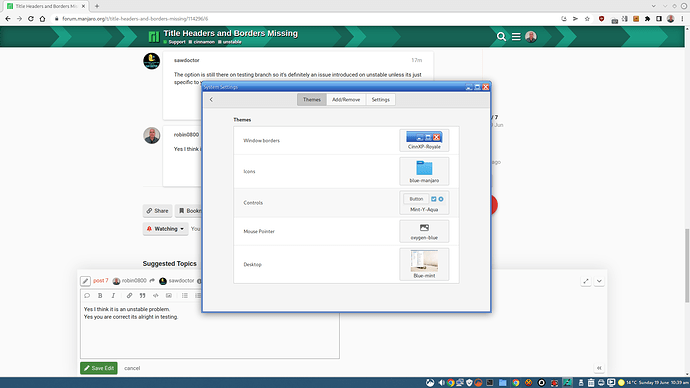 [feedback] Why did you remove the choice for window decorations?

I just updated to Cinnamon 5.4.0 and noticed that all windows now have this ugly… gnome look. I opened Themes and noticed that the option to select window decoration is missing! Why is that? Why are you doing everything in your power to make Cinnamon more gnome-like? I have a backup of the whole system and I'll restore everything the way it was and the way I want it to be but I don't like this forced removal of features. Are you Microsoft who impose their views on the users or are you part of the free community, as in "freedom" where the desktop can look like anything you want?! The normal way to do it would be to add a setting somewhere in Themes, so that the user can choose whether they want a gnome-like decoration or the old GTK3 style!

What do you have to do to change a theme, or and which themes work properly with 5.4?

Some progress it is the Controls icon that now controls the headers that and the Desktop and the icons completely control the theme. only the dark ones really show up . 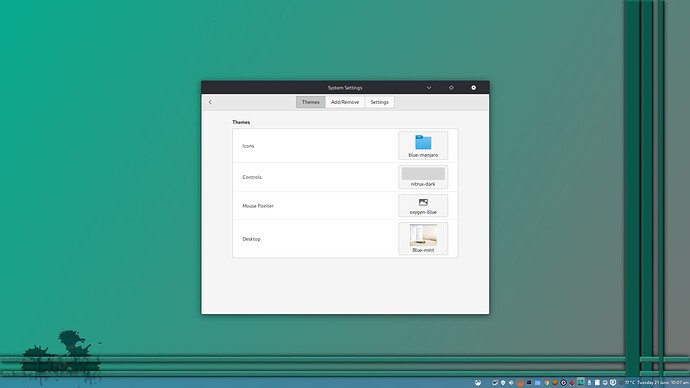 Now all we need is someone to make a Controls theme with colours? 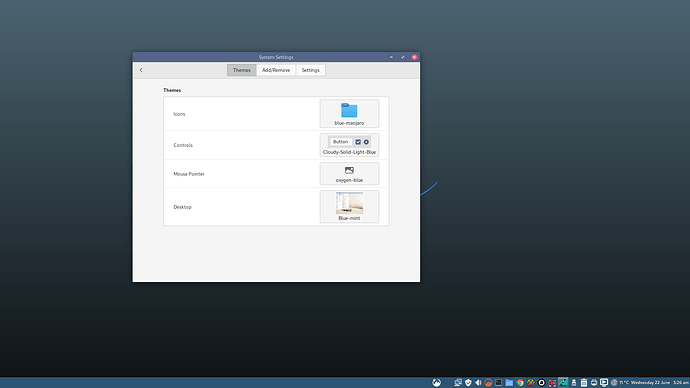