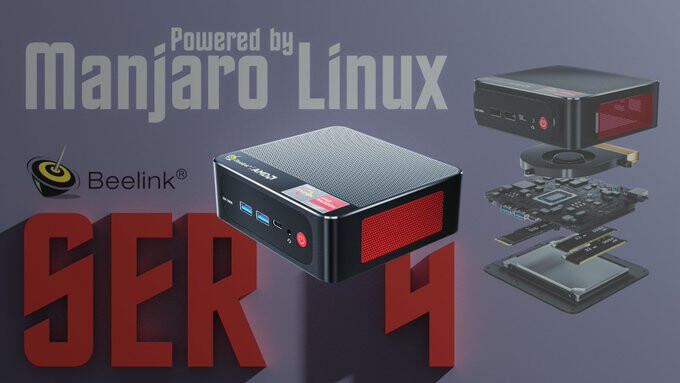 Our first MiniPC by our new hardware vendor Beelink is now available. Visit the Store now to find out more!

Has anyone used this for Video Editing?

As the device - with Manjaro - is a new possibility - I don’t think anyone besides a few devs has done specifically that.

How’s the CPU and GPU?

Look closer at the specs and use your favorite search engine

Why the heck is it so cheap?!

I know because I have been there. A couple of years ago I ventured to serve the community with some low-spec laptops - when all costs were covered - there was €20 to split between Manjaro project and myself.

But I guess Beelink can do better due to quantity - but still … not a lucrative business that deserves any envy.

it is made from cheap materials

Is that a negative thing?

GPU is integrated with CPU

That would save me the optimus headache…

Is that a negative thing?

Cheap can be understood in two ways - it was the latter I was referring to.

My experience with AMD goes back decades where the quality was questionable. Only recently I bought a WX7100 Graphics card.

I did that for various reasons

The components used are mostly also found in laptops by now. More people want compact PCs instead of the Midi and Mini Towers you might know from the 2000s and 2010s or even 90s.

Furkan and myself doing the Beelink hardware projects. The product is good and has a nice price point for what it can offer. AMD 4800u is a nice mid-range CPU. 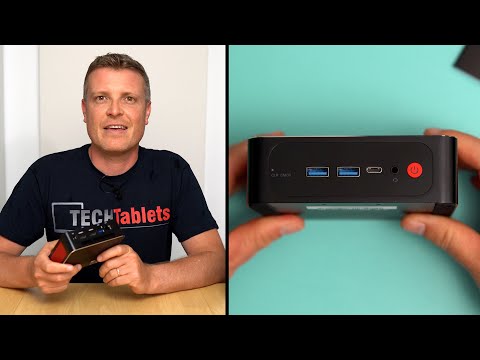 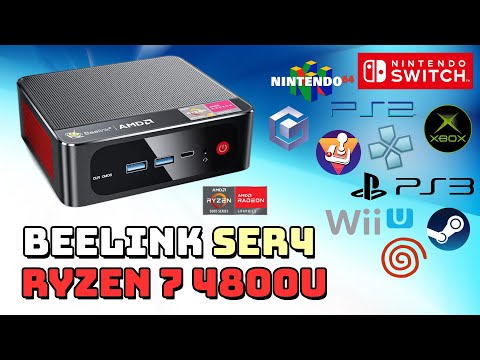 Most reviewers out there checked the device with Windows only, as we are the first shipping it with a Linux OS. It is more powerful than the UM700 we also offer. So you could watch the reviews for UM700 and the one for SER4 and get yourself an comparison between those two devices.

In the upcoming week we will also launch a much cheaper version starting from 299$ featuring an AMD Ryzen™ 5 3550H Processor and Radeon™ Vega 8 Graphics. With this we hope to bring more people to Linux with the help of our hardware partners.

Also cheap prices don’t mean that the products are bad. We always test them first hand before we start a product launch! Also we deal with the manufacturers directly, so we don’t have any resellers between, which might add additional value for themselves by having a higher end-user price.

Firstly, I’m honored to have @philm himself reply to my post!

Secondly, after checking out the specs of the CPU, I mess read it to be the Ryzen 9, So I thought it to be just as powerful as the EliteMini HX90, but that is not the case (and that explains the pricing).

Finally, it would be also nice if we can brand higher end MiniPCs, like the equivalents of the Chatreey G1.

We will also look into higher performance MiniPCs. Most likely we wait for the Ryzen 6000 series with RDNA2 graphics …

Don’t know about the SER 4 (that’s Bee-Link’s name for that machine) but I’m running Manjaro on a Bee-Link GTR5 5900HX. The fan is much more noticeable than I expected, I’d assume that’s to be expected due to small size. Probably the same with the SER 4?

I’m also not too happy with Bee-Links support quality. The forum is basically dead, emails will be answered though. I reported the fan noise as well as issues with the CPU and received two updated BIOS releases, both didn’t fix the reported issue. BIOS updates come as obscure links on some filesharing portals instead of the official website. No documentation on BIOS features or changes.

Overall, my GTR9 is ok-ish. I’d appreciate a little more quality, though.

Partly because it is made from cheap materials

Not right.
Its good quality product and if it was cheap Manjaro would have not partnered with the brand.
Ram used if from. Crucial or kingston while nvme is from Intel.

I have this device which I use for casual gaming and I play AAA titles like apex legend, F1 2021, rocket league and cs:go.
All work fine on low or mid graphic configuration.

Probably the same with the SER 4?

The fan curve is much better than GTR and other AMD devices by Beelink.

There’s cheap and cheap - I didn’t question the quality - merely pointing to a fact - parts has to be cheap otherwise you wouldn’t sell it at a cheap price compared to other devices.

The fan curve is much better than GTR and other AMD devices by Beelink.

I can report that BIOS release GTR_V1.24_bLink_P4C5M43 tremendously reduced the noise.

I can report that BIOS release GTR_V1.24_bLink_P4C5M43 tremendously reduced the noise.

I will check it with beelink team.

Thanks for investigating @spikerguy ! However, I went ahead and ordered the Win11/32gb/500gb version over the weekend - and I’m sitting at my desk just now, having installed Manjaro KDE Plasma onto it!

Just a few tweaks to do:

p.s. - I bought 3 Manjaro T-Shirts the other week. Hope that helps out the project financially too. I’ll also be heading to the donations page to give you some of the money I saved by going the Win11 route…

I checked with them and they said that it’s due to some stock that caused the price difference.

Soon it will be same.

A post was split to a new topic: Beelink SER4 4800U: Issues with Wifi and other small things

However, manufacturer sold out of manjaro preconfig,
so I had to DIY/zap/W$ and ended up without fan control.

Don’t know if this has to do with early ACPI error in dmesg,
or if the fan behavior is encoded to a proprietary MBR???

Doubtful if the folks at forum.bee-link.com will be able to
help me, and I really don’t want to mod in an extra control
unit (or switch for manual).

Assuming someone from Manjaro team already did the
research on this, could I please get notes about how to
ID the fan & turn it on?

Willing to trade 100s of newly discoverd reversible 4 color
Cellular Automata plots and a to-scale donation for an answer
that fixes the problem. Here’s one advance result (of about
300K) for the low, low price of $0x0&@: 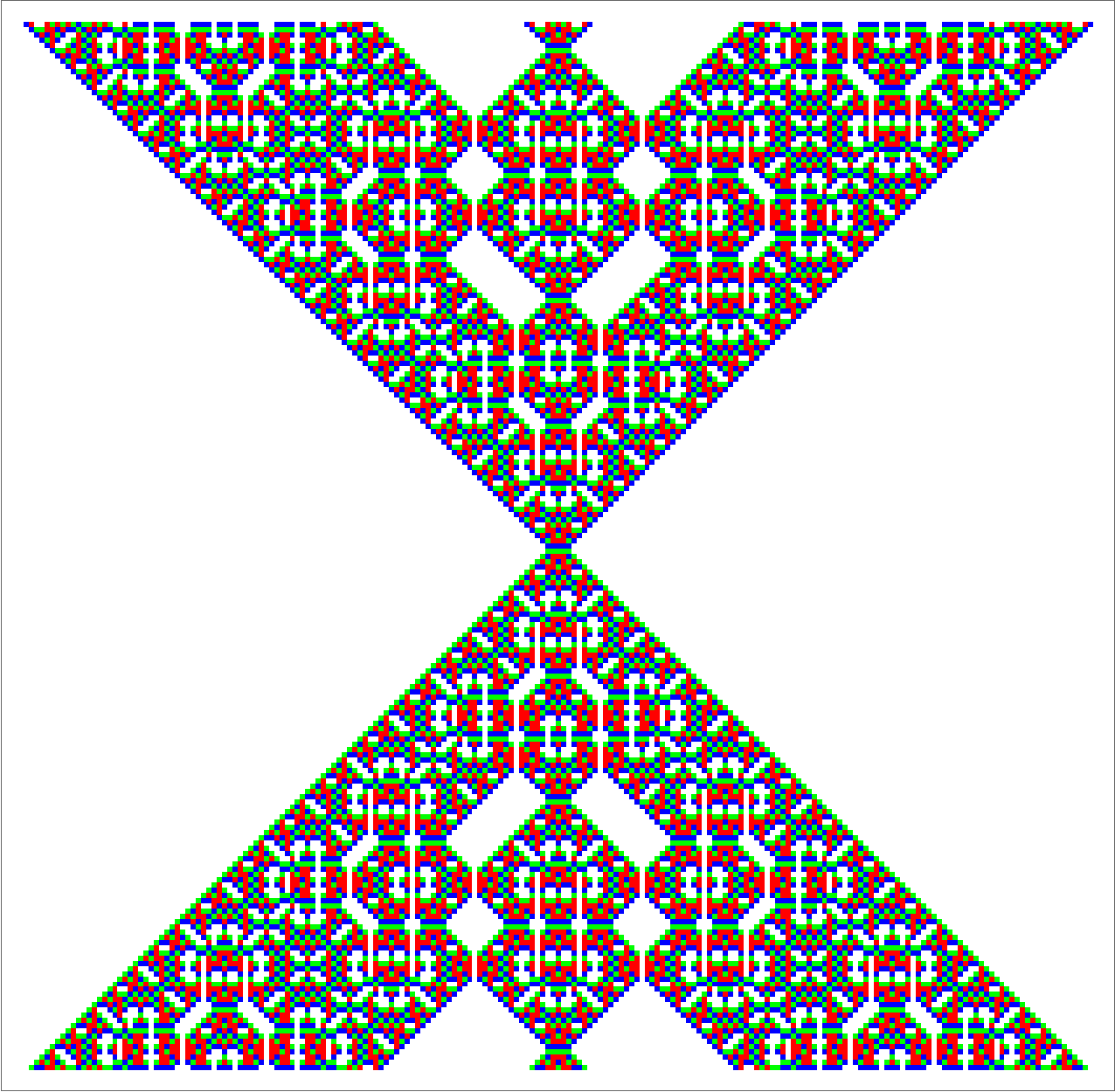 (is it too late to become a multi-million NFT?)

Pairs of fractal codes available on request. Just like the tigers,
which used to live in guangdong province, they have special
transformation properties.