Another stable branch update with some usual package updates for you. I’ll be in Asia for couple of months, so expect responses and updates at a different time slot as usual. 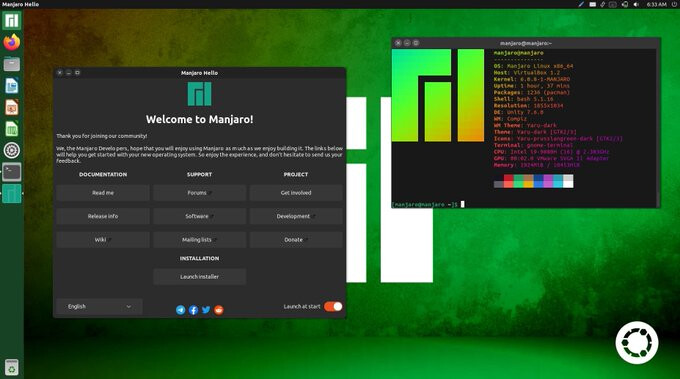 You may want to give Unity7 a try … 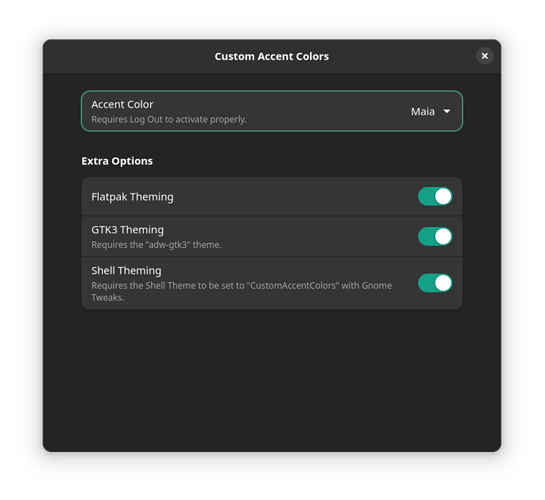 Get our latest daily developer images now from Github: Plasma, GNOME, XFCE. You can get the latest stable releases of Manjaro from CDN77.

A list of all package changes can be found here

This is a wiki post; please edit as necessary.

After updating on November 30th and just minutes ago to this new stable update, I’m still encountering an error that I believe is related to certificates: 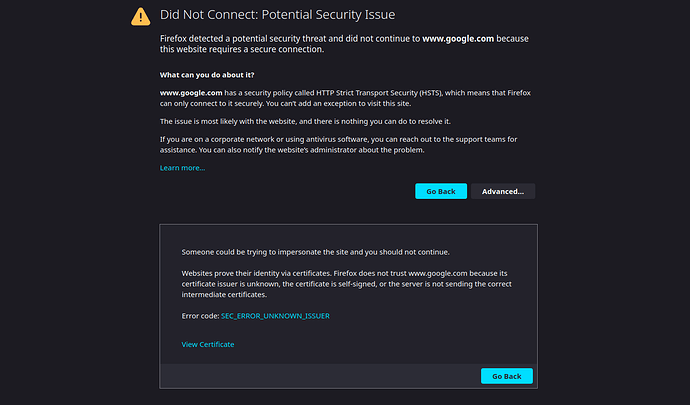 I’ve tried the following, with no success yet:

I can still use other apps (like Signal) or ping specific addresses with no problem, the error seems specifically related to web browsers and webapps being unable to open secure pages.

Edit to avoid burdening the topic with more replies: If this is the wrong place to put this issue, I apologize! I do have a support topic for it elsewhere, but another user directed me here.

I don’t think that’s a general issue. You should open a topic in the support forum to get some help to solve the problem.

Hi all,
thanks Philm, thanks manjaro team,
Where can I find the ISO contains the latest update? stable of course!

Where can I find the ISO contains the latest update? stable of course!

Thanks Philm, is this update will be added soon?!

Regarding the disabling of hardware acceleration for proprietary video codecs on AMD - I think the Arch Wiki hasn’t been updated yet, because it still says…

It hasn’t been disabled on Arch as far as I know.
It’s still on 22.2.3 though but I didn’t find anything indicating that it will be disabled as they explicitly enabled it when upstream changed it to disabled by default. https://github.com/archlinux/svntogit-packages/tree/packages/mesa/trunk

Using https://gitlab.manjaro.org/packages/extra/mesa
and adding the -D video-codecs=vc1dec,h264dec,h264enc,h265dec,h265enc \ line back, compiling and installing the local package should enable it back.
diff:

@philm any chance of this being reverted to being enabled as it’s on Arch?

Please forgive me if this is a silly question, but is the issue with Firefox freezing still present, after this stable update? The one to do with libx11 1.8.2, and selecting text to trigger the freeze, I mean.

There was no change to the source of the package so I guess it’s the same as listed on the Know Issues → 2022-11-14 section.

After the update, the scaling driver on my Zen4 system has switched from acpi-cpufreq to amd-pstate, which, with my current ‘performance’ scaling governor leaves the CPU pegged at maximum clockspeeds.

How to revert back to acpi-cpufreq or get the CPU to clock down?
I tried adding amd_pstate=disabled to grub, but that did not have any effect.

I would appreciate any help.

After the update and a few minutes of normal operations, kwin_wayland crashed for me.
A reboot was enough to get the system back running:

KDE plasma seems quite unstable. Every odd minute the bottom panel disappears and then reappears after a few tens seconds, which looks like a sign that the plasma shell is crashing and restarting.

Sadly, Manjaro maintains mesa (and related packages) by itself now and chose to disable hardware acceleration: the Arch wiki is correct but Manjaro is not arch.

@marlop thank you! It worked. Here are supported codecs before and after:

Test to make sure it’s actually working though, not sure if some part of it was disabled anywhere else.
I unfortunately can’t test it myself.

Had just updated, which included firefox and kde (wayland). Firefox started to notify “Restart to keep using”, i then closed firefox and kwin_wayland dumped its core and restarted, just be aware that after the update kwin_wayland may crash (and including all applications that rely on it, like konsole)
(amd cpu & amd gpu)

Firefox still crashing on Nvidia with Performance/Hardware acceleration “on” when opening Downloads Dialog, So still need to turn off Performance settings.

Test to make sure it’s actually working though, not sure if some part of it was disabled anywhere else.