I have not problems with optimus-manager,check your journal logs to see what is happening with optimus manager

you have to use pipewire pacnew conf files, I wrote about that in testing…

Bit of an issue here:

Blockquote
scanimage -L
Speicherzugriffsfehler (Speicherabzug geschrieben)>Blockquote
Since last update I can’t scan. I get the error information as you may see. I don’t understand what this means and ask friendly someone to translate this in understandable language. I publish this problem on https://forum.manjaro.org/, https://de.manjaro.org/ and http://www.manjaro-forum.de/

I think it was a bad idea to update some applications from Gnome 3.38 to Gnome 40 in the stable branch. Let me explain. As usual, I make new updates when they are available in the stable branch. So far, I haven’t encountered any issues. But since these last updates, it is the disaster. First, I can’t longer use the admin backend under nautilus. Then, I get freezes sometimes when I try to launch some applications (the terminal, gnome-disk-utility, …) via the taskbar (I use the dash to panel extension). I am wondering if mixing the Gnome 3.38 components/applications with the new software versions offered by you for Gnome 40 would be the cause of my problems. That’s why I have decided not to make any more updates for the elements which concern Gnome (applications, …). I stay entirely under Gnome 3.38 until Gnome 40 is fully stable, and the update to Gnome 40 is complete. So, I will reinstall the Manjaro 21.0 Gnome version and will not update the new Gnome Apps to 40.

python2-incremental was dropped from the repos. Remove it and whatever requires it and try again.

I can’t longer use the admin backend under nautilus.

The admin backend is currently disabled until the upstream issue is fixed:

Thank you @Yochanan! However, that didn’t help here. Does the problem have nothing to do with this update?

I have some issues with the update.

Any advice to deal with these issues?

As marwell said, that didn’t help, unfortunately. None of the information here allowed me to fix the new Java font issue I’ve seen with this particular update. Thank you for trying!

Sorry winnie, just saw your question tonight.
I think Firefox uses the native KDialog, but to be sure i took a screenshot of Kate and Firefox Developer 88.0b4. 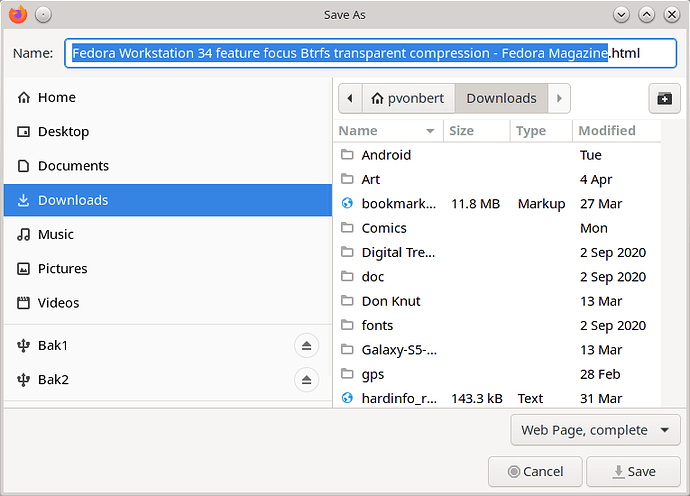 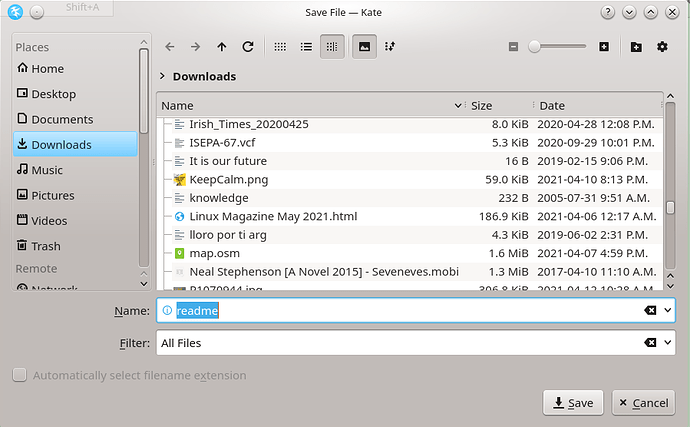 Any word on this one?:

No longer able to connect to smb share on the network through nautilus: Other locations → Connect to server - > smb://ip.ad.res.s. (This occurs on all manjaro’s in the household (5x))

I’m having three seemingly common problems with this update:

With the latest release and updated Wiki about improving the font rendering, the font rendering is really awesome now, thanks!!! (i’m using truetype interpreter v40 and this is enough for me, but i’ll play with v38 to see the results)

I think Firefox uses the native KDialog, but to be sure i took a screenshot of Kate and Firefox Developer 88.0b4.

Your screenshot confirms what I suspected. Firefox is using GTK file-picker dialog, while Kate is using KDialog.

Yet for some reason after rebooting (and some small recent updates), Chromium, Brave, and Vivaldi are all correctly using KDialog, while Firefox is the “odd one out” in the group, in that it uses GTK file picker dialog.

It’s not such a big deal to me since Firefox is not my primary web browser, but it’s still strange that it sorely sticks out among the others in a KDE desktop.

I downgraded python-ruamel-yaml, now borgmatic can run again, until it gets upgraded. Hopefully this won’t break another part of the system.

Hi. It seems from the pull that 20% of us are having issues. I don’t know if reported but I’m facing some type of serious bugs:
1: Random Keys and Touchpad do not work correctly at Random Boots or Moments: not an Hardware Issue, mine not as serious as Random keys do not work on inbuilt laptop keyboard. May a Kernel-related issue.
2: System Freezes randomly: at least on AMD Drivers, no matter Kernel versions, DE or activity (it freezes randomly). May because of AMDVLK update be the cause?

Anyway, have a nice day.