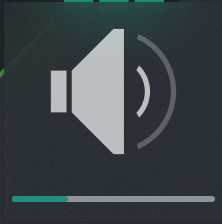 I assume you are using the breath2 theme, which wasn’t probably updated with the new osd. Until Manjaro does it the appropriate way, if you don’t want to switch to new breeze/shell theme (& restart* plasma to see it), you could copy-paste that osd folder from /usr/share/plasma/look-and-feel/org.kde.breeze.desktop/contents/ (backup old osd) to the breath2 location, 2 directories up, then *restart plasma for ex. with kquitapp5 plasmashell ; sleep 2 ; kstart5 plasmashell

I have the same thing. I was using Breath2 Dark, I’ve tried Breeze, Breeze Dark and deleting the cache, but still I have the old OSDs for volume and brightness.

Same issue with the Breath2 volume and brightness icons being old here too. Switching to Breeze and restarting plasma (or logout -> login) shows the new icons working as intended. So I’m using Breeze for now.

For what it’s worth, I’ve also noticed that the Breath2 logout splash screen has incorrectly-sized “OK” and “Cancel” buttons. Breeze has a uniform size for these, while the Breath2 one has them each a different size.

Last, the buttons/text-size on the Login screen for Breath2 is small compared to Breeze. Breath2 just needs to be updated.

I was changing “Plasma Style” - for some reason this doesn’t change the OSDs for me. However, when I changed the “Global Theme” to Breeze Dark I got the new OSDs.

It was intentional left as is from my part, even tho i did not spoke about it with anybody. This way there are now 3 OSDs you can chose from and/in combinations of the Plasma Style, plus you can have colored (following the color-scheme you chose) or fixed color for Panel …

Since there is no other option to chose the Style of OSD and i know there are people that still prefer the “old” one, for me was a rational decision to “ignore” it, as most KDE Plasma users should know the combination possible for their favorite DE

Global theme is just a way to unify some things, but other particularities can be changed within Appearance … Let me know if this is confusing, or if we should drop the idea to keep the old OSDs.
Thanks!

Personally, I prefer the new “slim” OSDs. I always found the square OSDs a bit old and clunky looking, so I was happy to see they had been changed. It was a bit confusing not to get them with the upgrade. (In spite of using Plasma for many years, I haven’t fiddled the styles much. I usually just tweak the odd setting.)

Which ever way you decide to go, perhaps you could provide instructions on how to get the alternative OSDs. (copy files etc.)

BTW - thanks for your work.

Yeah, withholding an update like this is an odd choice. When KDE updates, and you see the new volume/brightness indicator as a feature, but you don’t get them in your OS, I’d assume it’s a bug, especially if I don’t see a note about it anywhere. If anything, the few folks who don’t want the updated OSDs should find a way to regress to the old ones. We’re using a rolling release distro. Unless something is broken (which the new OSDs aren’t), I think updates like this are what people would expect with new releases of KDE.

On new installs, with Plasma 5.20, the new style is used with Breath2 theme. Just an FYI.

I’d expect changes to the UI to be optional, which is how things seem to work, at least until changes cause incompatibilities with the settings for the existing (old) themes and configurations.

I guess you can switch to the updated theme? I haven’t tried that yet.

I definitely hear ya. The thing is, though, the KDE Plasma updates that came with the new version included a bunch of other small UI changes and defaults, including the calendar, the notification tray, the system settings… even the default time/date display on the system tray… all of these made their way to Manjaro’s Breath2 theme (or are some of these theme-agnostic? I have no idea), except for the volume and sound “slim” icons for some reason. They could have easily held back, say, the new Bluetooth interface and left it up to us to move files around to get it the way it’s supposed to look in the current version of Plasma. I dunno, I’m just making up stuff here, but you get what I mean.

I completely agree that it would be nice to have a toggle for which kinds of icons folks prefer in the settings. That way everyone gets what they want. But that’s something I assume we’d take up with KDE and not Manjaro. (But I still think the slim icons are objectively better…)

Which ever way you decide to go, perhaps you could provide instructions on how to get the alternative OSDs. (copy files etc.)

KDE Plasma is quite smartly done. If you look in /usr/share/plasma/look-and-feel/ inside all org.kde.NAME.desktop/contents/defaults … you will see that all of them have org.kde.breeze.desktop entry. That means you need only to add a custom file/folder (as is the OSD one) only if you want to switch from the default provided by breeze to something else. Simply deleting that folder or file and all will fallback to the default breeze … Hence, the easiest way is:

Log out and back in.
Otherwise you can copy/duplicate/symlink from breeze … but is not required.

I completely agree that it would be nice to have a toggle for which kinds of icons folks prefer in the settings.

Reason why i left the files there…

On new installs, with Plasma 5.20, the new style is used with Breath2 theme.

I’ll be honest that i’m not aware of that. Are you referring to the rc 20.2 ? My git is updated and i see no changes regarding that … or the change was done at PKGBUILD level and since i don’t do PKGBUILDs i’m behind with the news ? Thanks !

Thanks for this! I didn’t know that’s how Plasma worked in terms of theming. Falling back to Breeze as default is very smart indeed. Learn something new every day!

I’d say that changing the themes after major updates (or at least re-loading them?) is a good idea. I’ve found that elements of my old theme customizations were causing creeping issues with the UI … e.g. recently (after the previous raft of updates, I think) I’ve had blank tooltips in the Bluetooth tray indicator popup dialogue, fixed by changing the theme (still getting the wrong device shown in the “hover” popup though).

I’ll have to try changing the theme back & see if it works properly this time.

This topic is really interesting, since many user I guess expected the new plasma changes of the osd to be reflected in the default breath theme, as it happened eventually.
Anyway other than the osd plasma introduced a better header for each tray widget that are currently missing in the breath theme, and there’s also a problem where if you use a dark breath panel the text (i.e. for battery widget) is black, making it impossible to be read.

I’m not so techy so my solution arrived just digging with setting and theming.
If someone likes manjaro default colors, the procedure to have new plasma improvements and manjaro theming is this:
Look and feel: breeze
Plasma style: breeze dark
Colors: breath2
Icons: breath2 dark

That’s all, hope this tip can be useful until we get next update that might get in par with plasma visual improvements

I was using Breeze Dark. Have installed and switched to “Infinity-Solid-Global” (at least for now) & this looks and works fine, so far.

A bit late of a reply here, but I just wanted to share that deleting the osd directory also made some of the panel menu texts unreadable on my machine. Whoops! So don’t do it if you plan on using Breath2!

Even after I reinstalled Breath2 from the repos, the text in those popups (including the application launcher) wouldn’t revert back to the readable state. So, I deleted .config files according to this, which worked perfectly.

For the record, I landed there after taking a look at this on the Arch Wiki.

I hope we get an updated Breath2 theme that goes with this new version of Plasma. Including updated osds, uniformly-sized “ok” and “cancel” buttons on the logout menu, and maybe some other oddities I’m missing.