I upgraded my nvidia driver to the 455 one but the game still crashes. I know it’s discussed on the proton github issue of the game but was wondering if it’s just because I’m squeezing the life out of a GTX 960 on the lowest settings. I wanted to ask RTX people here if you have the same issue with running the game? The valve dev says it’s an issue with the driver so basically wanted to confirm RTX people here have the same issue. Was curious to know.

Have you read this?

Hi guys As per the news today, if you have an AMD card and mesa-git you can play Cyberpunk on steam via proton !! BE CAREFUL WHEN TRYING TO INSTALL MESA-GIT !!! If you try to switch from Manjaro’s Mesa to Mesa-git, pamac will remove every package that depends on mesa (!!!) Please see this guide I have published on the best way to swap to the git version of Mesa Recommended: -take a damn backup first Mesa-Git guide: If you can wait, the updates for cyberpunk will be added to Mesa p…

I thought that was only for AMD GPUs. Isn’t mesa the AMD driver?

if you have an AMD card

I thought that was only for AMD GPUs.

The game requires AMD GPU and mesa-git in linux, that was my point.

Only on Windows runs with Nvidia GPU

Oh I never realized that was intentionally the case for now. Thanks. I know there’s also a thread on the nvidia forum about the issue with the nvidia linux driver. Hopefully a new driver that fixes the issue gets released soon. The game itself needs patches anyway.

Yeah, they will need some more time to tide things up to make all players happy

Keep your eye out for the next nvidia beta, they usually drop thier vulkan updates in the beta releases

It would appear that the game does work on Nvidia GPUs with driver version 455.45.01. Thanks to Martin Wimpress of Ubuntu MATE who tested the game on his Ubuntu 20.04.1 LTS machine.

will do but I’m on stable manjaro branch and would rather just be patient than switch branches.

assuming that is the driver in the stable manjaro branch I already tried that it works but crashes after a few minutes of play.

I can play it with my GTX 1070, but the performance is really bad.
I get ~30 FPS and poor frametimes on lowest settings at 1080p - not enjoyable for me.
I’ll wait until they fix the game and there is better driver support available.

I’ve got the relevant nvidia driver and proton 5.13-4 but the game crashes immediatly after hitting play. Do you have any idea what I could be doing wrong? I realise the game is unlikely to be stable even if I get it running, but I’m not even getting that far!

same here I’m just waiting for the new driver to come out and hoping that will cause the game to stop crashing for me. Given what their release cycle seems to be I figured it should be released sometime this month. Also as you hinted to I’m also hoping the devs of the game stop having the game be such a resource hog. I read an article that the game doesn’t get 60fps even with the RTX 3090.

Just a heads up, seems like they had bad default configuration files for PC, may benefit from looking into this thread 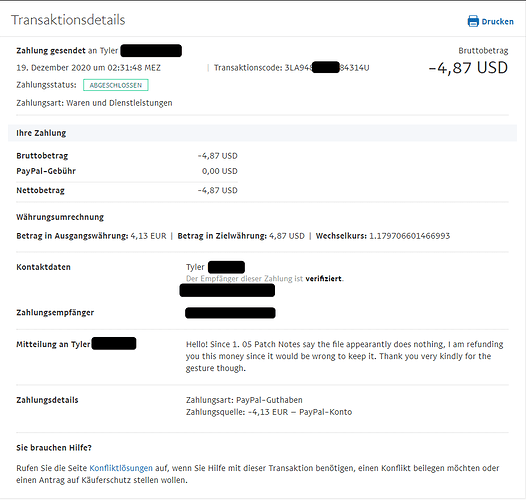 //EDIT: this ended up being a total non fix as this file wasn’t even used by the game, and user experiencing better performance were because of the game inconsistent performance run to run…

Sweet thanks. I made the edit and I’ll test it tonight.

It makes though in that case why even the latest nvidia driver would still crash the game on me because that file assigned more VRAM than my GPU has.

Update: didn’t make a difference for me. Still crashes so still need to wait for the driver.

Really want to get an official drivers update. Game runs fine with Proton (Nvidia 2070S), and with the latest patch it even has no sound issues. However, it crashes while loading some areas of the map, that includes unskippable cutscenes from the main questline. The cause of it is an outdated drivers, no users with 460 drivers have that issue. Right now manjaro stable is 2 major versions late.

That’s the first I heard of the sound issues not being an issue anymore. Also I think the reason the 460 drivers haven’t reached manjaro stable is because the drivers themselves are beta drivers.

With patch 1.06,the sound was suddenly enabled for me. No additional launch commands, Proton 5.13 .
The drivers are available as a non-beta for the Windows users (if I remember correctly), but are they still in development for Linux?
Not blaming it on Manjaro/Linux devs, BTW. I hope, however, that support will not be limited to AMD videocards only. I know Nvidia as a company is not great to work with, but due to my past experiences, I will never buy an AMD card.