When I use Plasma, sometimes some applications become transparent and everything else seems normal, but when I close the transparent window, it will emerge again(actually it’s closed but leaves an image there and cannot be clicked or removed). It’s like this:
https://imgur.com/JTrzs7F
Anybody knows what’s the problem?

From your user description it seems your system has an Nvidia mx150 GPU, but is it in a hybrid setup?
What drivers do you use?
Usually the compositor works fine with OpenGL 3.1

Have you tried to turn off some of the desktop effects and animations? That Fall Apart efect might be too much …

What drivers do you use?

I install my system with proprietary drivers and didn’t change anything about drivers. 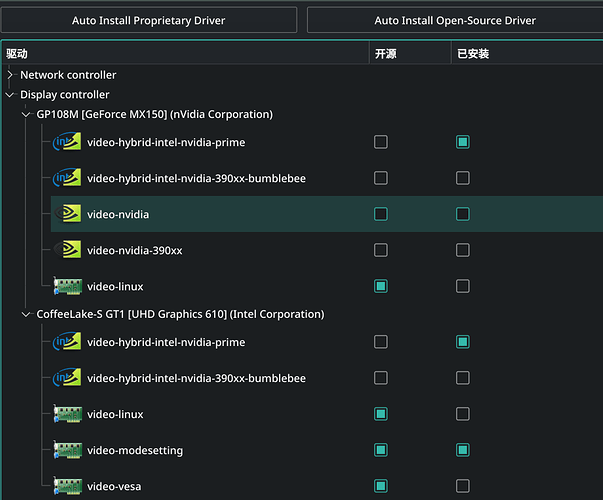 I turn on transparency of inactive windows. It is because of that?

You can disable the transparency in the KDE window’s setting, if you do not need it.

The drivers seem to be properly installed. the OpenGL 3.1 should help

I turn on transparency of inactive windows. It is because of that?

could be, you can also try to use the Nvidia GPU for some applications with prime-run <application> and see if that has that ghost effect when you close it.

And how is the Temperature of the device in that moment?

Normal, it’s not because of the temperature.

Some animations and desktop effects can create a spike, not a permanent higher usage/temperature.

If so, then I couldn’t find that I think…

Just now, that ghost effect appears again, and after I turn off the transparency effect, it’s back to normal. So, it’s because of that…
Nobody else meet this before?

I had this problem too. Putting it back to OpenGL 2.0 appears to have solved it. Give that a try.

Well, it doesn’t solve that…

The other change I made was to disable “Dialog Box Parent” under Workspace Behaviour>Desktop Effects as I got the impression a dialog box was triggering and disappearing very quickly and leaving the ghost parent window stuck in an inactive/dimmed state. Only you’ll know what you are doing just before it happens.

In KDE, Windows are getting stuck in Translucency mode