I have manjaro XFCE installed but I want to install some windows software. So, at first I thought installing windows 10 one dual boot.So, I made a flash drive on my sd card with dd command on terminal and though in my file manager I could see windows 10 installed, when I selected my sd card on bios to boot first, it booted to manjaro. I just don’t know what is happening. Should I delete manjaro, intall windows 10 then install manjaro again? I don’t have any problem doing all these things but it’s just I don’t know how to delete manjaro and I also don’t know if my sd card is bootable as windows installation isn’t showing up. Please help ;-;

Sounds like your bios couldn’t boot your SD card and went to the next in order, your Manjaro. I’ve been dual booting Linux and Windows for a very long time. I’ve always installed Windows first then Linux. Used to be necessary but not so sure it really is now but I do it out of habit.

Installation order doesn’t matter at all, if it doesn’t boot your SD card then it is improperly prepared, or not bootable, or your mother board improperly configured, could be many things.

Thanks but I have booted windows 10 through my sd card a lot of times before as well from windows. So, my bios can cofigure windows. I was thinking if this is a problem because of manjaro in my system?

Ok, then I’ll try reinstalling windows 10 and making a flash drive again. By the way if I make a flash drive with balena etcher, it works right? I mean I will get a usb flash drive that should be able to boot windows?

I can’t see how Manjaro or any distro could keep you from booting into a live iso. The thing I was thinking was Windows didn’t take to the setup for one reason or another. Etcher should support Windows ok. The iso itself could be corrupted too. Many reasons for not booting.

It’s just I’m really new in manjaro but I do love it a lot. So, I just wanted to check some things such as, in my downloads folder it is showing up as a 5.5 GB ISO file so I should have the full iso file plus I downloaded it from the official microsoft page so it probably shouldn’t be corrupted as well. I downloaded the multiedition ISO by the way. Then flashed it with etcher. My sd card is FAT32 mounted. Did I do anything wrong in these things?

Based on this, seems right. But there are the unknowns too. It’s hard to guess. Usually when I can’t boot, I just write another one. Like when I installed this Manjaro, I was able to boot, etc but the install hung and never wrote the bootloader. I flashed another stick and did it again.

Is there a specific reason you don’t virtualise the Windows installation?

a… I don’t really know what you mean by virtualise in windows installation as I am a noob ;-;
But I have virtualization enabled if you meant that

What I mean is - use VirtualBox to run Windows.

As software architect and developer I frequently use Windows but not dual-boot - VirtualBox virtualisation.

Another option is to use Crossover. The product supports a wide collection of Windows software OOB and it is supported by Manjaro and available from the official repo.

While it is a commercial solution - the price is very reasonable - the license key is lifetime - and they are the major contributor to Wine. There is often discounts on their website and sometimes specific discounts for Manjaro users. 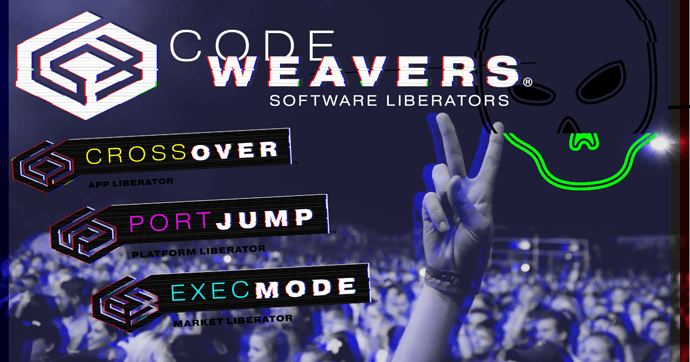 Discover how easy it is to run Windows apps on Mac, Linux and ChromeOS with...

Don’t buy a Windows license, don’t reboot or use a virtual machine until you try CrossOver for Mac, Linux, or ChromeOS. Download a free 14 day trial now and get your Windows apps running on Mac and Linux.

But virtual box should lag on my laptop and I need everything stored up as well such as my document files. But virtual box lags a lot in low end hardware, doesn’t it?

But virtual box lags a lot in low end hardware, doesn’t it?

Perhaps - I don’t know - I imagine a Windows running from sdcard would be laggy as well - I mean what’s the difference then?

That is not the way to install Windows - and frankly - this forum is not about Windows.

The closest you get to help with Windows is a topic on dual-boot and a topic on creating a bootable Windows stick.

Unless the software you want to run is multimedia or gaming type, stick with virtualization. I usually have 2 VMs on my PCs, one with Windows XP and another with Windows 10 (or Windows 7 in one PC). I started to have Windows XP because I have to maintain an application for it, but then I realized it’s much lighter and faster. So I started to use it for some applications. It requires a lot less RAM and HDD space.

Translations layers, such as Wine and CrossOver, are fine, but not all applications work well with these. You need to try it. CrossOver has a trial version, but you can also try Wine.

What is the Computer info of this system?

Unfortunately it is gaming related so, I really need as much performance as I can on my low end Hardware

Depending on the game, you can get decent performance on CrossOver or Wine.