This should be resolved by enabling audio over network using Paprefs 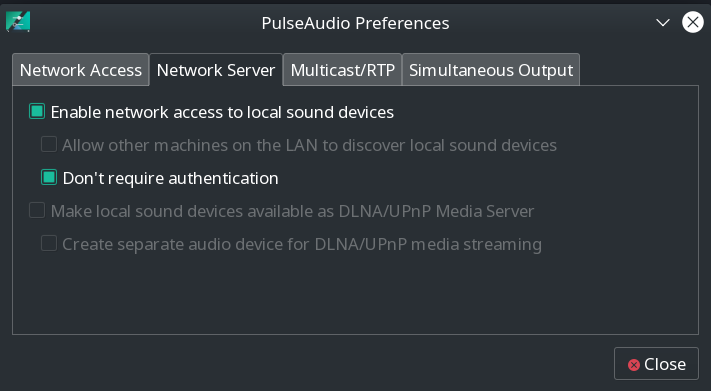 This is what you need.

how do you understand this issue?

From the script of starting chromium-dockers

This will be cpu accelerated as there is no video hardware acc yet in rpi.

This have hww acc but only for x264 and x265 which was done recently.

If I not find the solution with this Manjaro, what should i look for next?

Hard to say but try armbian while I don’t think they’re interested in getting widevine support with all these hacks that we do at Manjaro ARM project.
Btw the solution is available and used by many Manjaro ARM users idk why you’re not able to archieve the same results, maybe you’re not following the steps.

@Ace, I don"t understand your last post, by saying “toggle the voice” you mean you can not control voice neighter?

What I mean about “toggle the voice” is that the audio is too low for me. I wanted to watch it with full volume though.

I can"t change the voice volume

I found the solution to it using @spikerguy post by enabling the audio over network using paprefs then reboot and I could see it in my Audio Volume Settings > Audio > Applications and there listed my chromium-docker and could toggle the volume to 150% max.

the sound came out as from hdmi cable.

Where would you want to output your audio though? You got audio jack, HDMI, and bluetooth options. But then you can toggle them by clicking the Volume at your system tray. 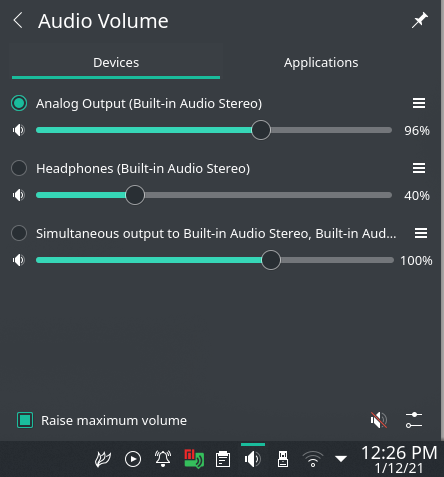 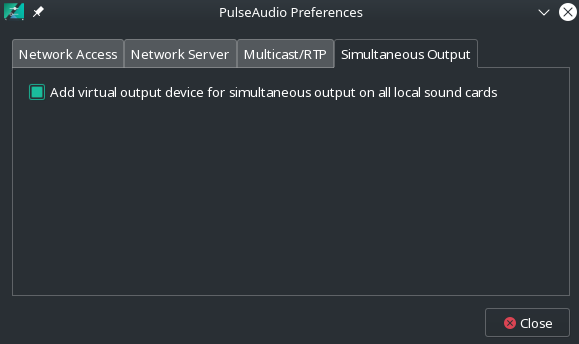 Well, the answer is right in front of you. You just have to follow the steps.

I’d be happy to assist

Gents, I am doing all that stuff you posting here and I think I am following your advises.
As I said before:

By saying this I mean:
When I play Youtube in chromium-docker, I can’t modify anything related to the audio. In another words, The youtube audio plays even I disable all devices in Audio Volume system tray. And for any enabled device, if I switch to it, the voice comes from the same source - from HDMI (so Analog Output).

Audio Volume Settings > Audio > Applications and there listed my chromium-docker and could toggle the volume to 150% max.

If there is any way to diagnose remotely my issue, I would be very glad to do so.
Thank you @spikerguy and @Ace for so far support.

Solution for me was:
Change OS to Raspbian and watch Netflix in Kodi.

Thanks for all your support. Regards!

After the error message in the shell and discovering that hostname isn’t in the bashrc.

I have a working chromium-docker with sound.

That is working mate!
Explain me please, what is it all about?
Thank you very much @tartanpion.

@spikerguy Is the problem mentioned here, still there ?

What’s the best way to use Widevine now ?
Is there an official ARM-64 Widevine support available now ?
Should we still use chromium-docker ?
If yes should we do other things after installation or is just a pure installation working now ?

Is the problem mentioned here, still there ?

Not sure, I’ve not tested it regularly but if it happen then just follow that command.

Should we still use chromium-docker ?

What’s the best way to use Widevine now ?
Is there an official ARM-64 Widevine support available now ?

Have not found anything yet.

This is what I get when I run chromium-armhf:

Nothing is returned while the command executes successfully on running docker images -q hthiemann/chromium-armhf:latest

Update 2:
Running the following parts of this file made is possible to run chromium-armhf without sound:

I now have 2 problems:

Has the setup changed?

I doubt that it will not have widevine but yes it might not be able to play anything anymore as Amazon prime needs newer widevine version and I have not been able to find the right combination of User Agent, browser and widevine version yet.

I will try this tonight to see if it comes up or not.

Waiting to see what is rpi doing for ita 64bit kernel and userbase.

Why not to use the same strategy used by Raspberry Pi OS instead of using chromium-docker?

To use the WidevineCDM library is just install the 32 bits version of Chromium, using the following command: sudo apt install chromium-browser:armhf libwidevinecdm0

If want to go back to 64 bits version (without WidevineCDM), just use this command: sudo apt install chromium-browser:arm64 libwidevinecdm0- .

We could have something similar to Manjaro

this could be done via chroot environment. I will give it a go

That’s what I tried in sway profile: overlays/sway/usr/local/bin/install_chromium_widevine.sh · master · manjaro-arm / applications / arm-profiles · GitLab. But still you need a compatible chromium-armhf and widevine plugin…