What do you think about Brodie Robertson's latest video about Manjaro?

Is it true that Manjaro’s management is like that? What’s your reason using Manjaro? Is that the AUR? Regarding AUR options, I think it’s better to have options than nothing.

Video link I Can No Longer Recommend Manjaro Linux

The main issue I had with AUR recently was with a Kwin script which updated to work with plasma 5.25 and simply wouldn’t update - so no biggie.

I’m not a fan of Garuda - it’s a bit ‘too much’ for my taste, but it does have some interesting features along with it’s insane defaults (a bit too bloated).

Endeavour would be my next jaunt if my Manjaro installation breaks.

I would never have heard of this guy, but for this Link.

Is it true that Manjaro’s management is like that?

Why a LOADED question? - A loaded question or complex question fallacy is a question that contains a controversial or unjustified assumption (such as, a presumption of guilt).

Do you think the latest patches on GitLab from their DevOPS to address the CVE-2022-2884, an issue that was rated 9.9 on the CVSS vulnerability, is due the previous “management like that” ? I think would be just fair (according to the trends) to blame them too for that vulnerability in the first place …

Let me see another example, the previously unknown flaw in the Linux kernel, (CVE-2022-2588), dubbed DirtyCred, that will allow to escalate privileges to the maximum level, is also something to blame the Linux management team?

Using the adjective incompetent = not having or showing the necessary skills to do something successfully. - to describe someone, or something that over the years proved a successful existence, is like calling Usain Bolt “a sports failure” in a swimming contest against David Popovici at a 100-meter freestyle.

Of course, Linux distributions are in a different kind of “contest”, but this patronizing attitude from “unknown influencers” that display so much nevrotic manierism in their “presentations” (writing or video) against Manjaro, is as good for linux community, informative and helpful for newcomers as amputating all fingers and toes to prevent fingernail growth.

The guy nothing but a Youtuber.

I can only listen to people, who has some background, like if he ever worked on a linux distro(prob not).

Manjaro has issues, of course, but what other distro doesn’t?

In my experience he has some good points. (Which I cannot all prove)

The guy nothing but a Youtuber.

Well he does have some decent content - worth staying subscribed - but he sometimes goes over the top with some heavy bias.

The bottom line, however, is that his arguments don’t bother me - as my computer still runs (and I still didn’t pay my share of the Manjaro Team’s wages) nicely, thank you very much - so I don’t really give much of a toss about it anyway

As with all youtubers - he’s doing something to earn money on Youtube, and that means you should take everything he says with a pinch of salt. He sometimes struggles to find interesting content - I didn’t watch much of him for a while now… he offered one nice video which helped me to kick the Oh My Zsh habit - and later got me into using Terminal File Managers I actually had issues setting up Josh… so ended up using Ranger in KiTTY mostly (though with Dolphin/F4 terminal and zoxide - I use it less).

Don’t get stressed - it’s no biggie.

Meh. There are “against the flow swimmers” that blight just about every subject and Human activity on the Planets Media. Eight bit brains in an Sixty Four bit world.

I got about 10 seconds in. I would rather listen to 10 minutes of fingernails scraping a chalkboard.

I would rather listen to 10 minutes of fingernails scraping a chalkboard.

Too bad even that won’t be possible anymore if people follow @bogdancovaciu’s hygienic advice.

amputating all fingers and toes to prevent fingernail growth.

I know this is stupid, but I beg you. Can someone from the team reply to the video on Twitter or Mastodon like this, or something similar: 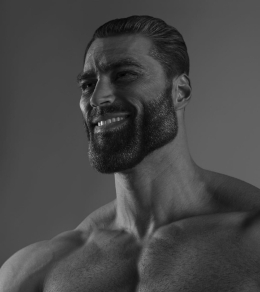 Maybe private message will be a better idea, most arch fanboys probably don’t cache the joke.

Actually his arguments were valid. But I think the the problem is way exaggerated. It’s just like all the latest videos about how Ubuntu 22.04 breaks all the time, although it doesn’t break for the vast majority of people. Linux being such a small community, every individual voice counts that much more. It’s beautiful, and ugly at the same time.

Endeavour would be my next jaunt if my Manjaro installation breaks.

I am really happy on manjaro now (although just running it for 3 weeks), but if I were not I’d probably try out arcolinux.

What I don’t understand is, the points that he has, seem to be issues that should be able to solve with almost no effort, right?

And what about this pamac issue? My pamac searches for updates every 6 hours, by default. This should be good or not? Or am I missing something in the background?

But I think the the problem is way exaggerated. It’s just like all the latest videos about how Ubuntu 22.04 breaks all the time, although it doesn’t break for the vast majority of people.

I don’t know if you refer to this one youtuber, and I think you don’t. But maybe those “Linux”-Youtubers should rather run Windows or Mac

Why a LOADED question?

A loaded question would be: Is it true that Manjaro’s management is still like that?
Shouldn’t tear down people for trying to get the other side of the information before reaching a conclusion.

As for my take on the vid:

Note that LE mails you at least twice from my experience warning about certificate expiry, so this point is legit.
While you can say nothing functionally necessary broke, you are also aware there are a lot of salty zealots out there waiting for an opportunity like this to drum it up, and still let it happen. Is there an aim with this strategy?
Because if the last expiration didn’t happen that vid would not have been made seeing how it’s just harping on the current thing™. Two weeks from now nobody will care again besides the aforementioned group who will add it to their little compilation.
Don’t feed them.

Followed the funds event on the forums as it transpired, as a neutral outside observer it felt like insider drama over hurt feelings hiding behind that specific issue being forced into public, eventually splitting the community into factions.
Mistakes were admitted in official statement, issue wasn’t repeated, case closed.

My decision for the distro hasn’t been because of the AUR. I wonder how many people actually did; there’s a lot of assumptions in that statement.
Mentioned issue of dependency breakage is an edge case, also the pkgbuilds can specify version constraints on dependencies to fail early.
I could bring up the reverse of the issue, Arch (then Manjaro) outpacing the pkgbuild (or the underlying source itself): with dependency changes not backward compatible, resulting in the exact same breakage; which was something I experienced, eventually contributing to my decision to abandon AUR.
tl;dr: It’s just AUR being AUR.

I don’t use pamac and don’t like it either, so will refrain from commenting on it.

For the patch issue I’ll attempt to reconstruct the conveniently omitted timeline after a cursory search:

On the pacman command, while the statement is correct, it’s from 2017, and it had to be dug up from a web archive, meaning it does not exist anymore.

Conclusion: Video has some good points that should be listened to, but is mostly based on overly dramatic and biased nth hand recount of events.
Similarly one could also scream about Arch having expired signing keys in this year January (and that’s just the first hit of the search), at Suse for its backfired deals with Microsoft, at Ubuntu for its security failures with snap or how Unity broke at almost every update around 2012, at Mint for getting hacked resulting in malicious isos being distributed and the list goes on way way longer.
Yet it curiously does not happen; food for thought.
And not just distros. Nobody will tell you not to use Docker today, because in 2016 the repos were spiced with malwared base images and even the most basic security features like signing weren’t implemented at the time.
In every project ever there have been and will be issues, can keep them in mind, why not, mistakes are learning opportunities.
As for playing archeologist years after issues have been fixed for the sake of drumming up outrage it says more about the person with the shovel in hand.

I’ve used linux along time without caring what brodie robertson thinks.I’m sure I’ll make it awhile longer before I have to worry about there opinion.

I haven’t watched the video, maybe I will later. I don’t think there has been a distro or MS product that there were not issues with management. In the end I’m kind of simple and as long as my computer is running smoothly then I’m happy.

i’ve subscribed to his channel, cos usually he has some good content, dont feel this is one of them. the intentions are clear that he spared nothing to get all the things that went south with manjaro well compiled and over exaggerated, not meaning to downplay them in anyway. the only thing i agreed with (at the level emphasized) was pamac inadvertently DDOSing AUR.

any distro/institution with the number of years of existence will bag its own share of mishaps and decisions that could have been better. moral high-standing is just a virtue of all these youtube critics, thats all

One thing about that Video that did irk me, was his assumption that distros like Manjaro are only for beginners. ‘Real’ Linux users use Debian or Arch.

In 22 years, I’ve used nothing but ‘beginner’ distros… Mandrake, Mandriva, Ubuntu, Linux Mint… why? because they are stable, they don’t have bleeding edge software, so they are unlikely to do weird things I have to waste time sorting out.

Why? because for most of the time I’ve been a Linux user, I was a professional programmer.

I moved to Linux because I wanted a stable platform to work on, I was tired of Windows ‘shenanigans’. So I switched to Linux and ran Windows in a VM, where I could simply restore (actually Windows was quite stable, for me in a VM, go figure) from a snapshot.

The very first I ever tried, that was around 2000.
I found it a horrible experience compared to Windows.
Nevertheless my interest didn’t go away