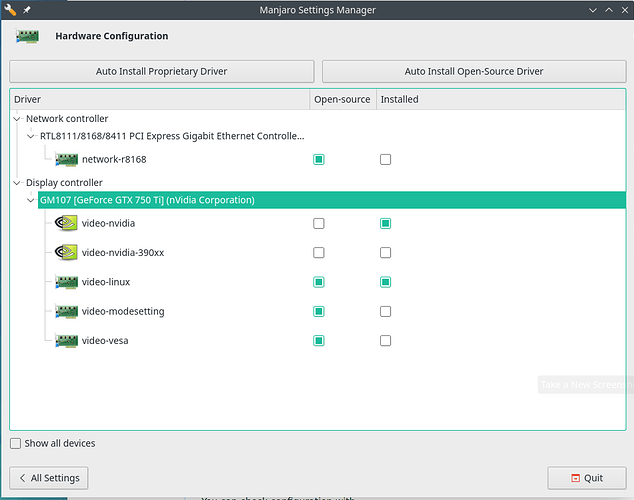 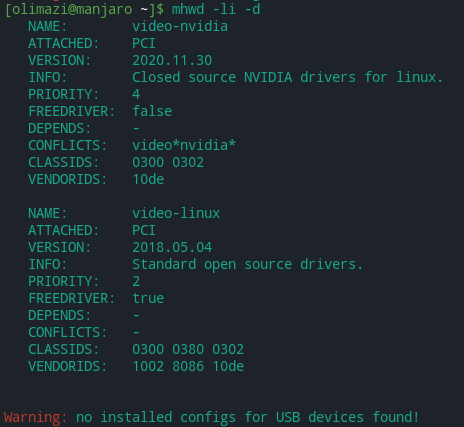 After uninstall all nvidia packages, you should uncomment nouveau in /etc/modprobe.d/mhwd-gpu.conf

thanks, by “uncomment” you mean remove the word “blacklist” from the nouveau line?
do I reinstall the open source driver after uncommenting? 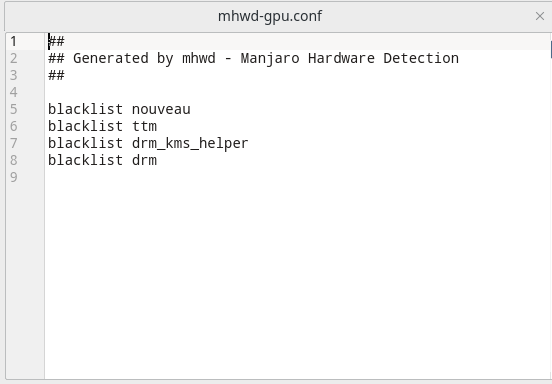 Put a # in front of blacklist noveau

It did, but had to remove everything Nvidia.