Another unstable branch update with some usual updates for you. 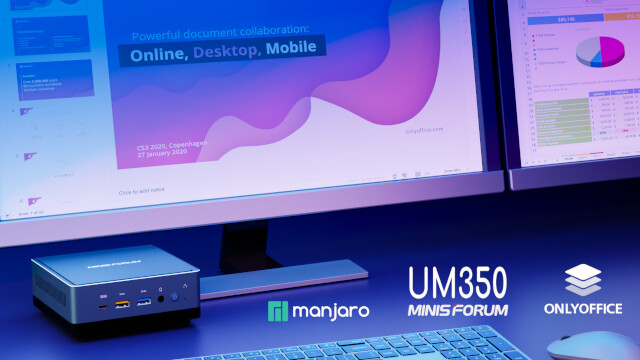 In need an Office-ready MiniPC? Check out the UM350 shipping with KDE Plasma and OnlyOffice pre-installed!

Systemd 251 Released With systemd-sysupdate Introduced, Many Other Additions

Systemd 251 is officially out this Saturday as the first feature update to this Linux init system for 2022.

Get our latest daily developer images now from Github: Plasma, GNOME, XFCE. You get the latest stable releases of Manjaro from CDN77.

Linux 5.18 is released. Not all modules are available yet.

That’s common when a new kernel is released. It will take a little time for VirtualBox to add compatibility. Perhaps in the next point release or two.

And the make.log doesn’t show a precise error, the last lines are

I’ll wait for the modules to be precompiled.

I think this is a good choice, because some older Hardware run fine on newer LTS Kernel. My old ThinkPad T60 run on 5.18 (5.17 as fallback) no issues so far.

Issue with Cherry-keyboard: Strait Black (corded keyboard). Keycode 190 = F22 does not exist
on that keyboard.
EDIT: issue has gone when downgrading to systemd 250

Timeshift was my friend again. ~The journald-handling was destroyed, too!~
No kernel 518 installed now - everything working as expected wanted.
Colonel 518 Wörks - Jess Sir!

Another option is to use the virtualbox-host-dkms package

It’s nothing I can’t live with and I don’t know which update or any caused it but when I restart or shutdown the computer it makes the same beep shutting down as when it’s starting up.

didnt notice it when starting, but happened after systemd 251 update

I installed today linux518 with virtualbox-host-modules. Thanks!

2 posts were split to a new topic: Some Systemd services are taking quite a bit longer to start

r/archlinux - Shutdown message and beep after upgrading to systemd-251

i have vague memory of some old linux/unix systems having such beeps on shutdown of the server or terminals. maybe this is bringing some nostalgia back by systemd. unlike the second issue reported had no issues where system hung on shutdown/reboot.

@Yochanan apparmor package needs to be rebuilt with new perl build. presently get this warning due to it.

A post was split to a new topic: When will the final and stable 5.18 kernel appear in the stable branch updates?

Wow, the smoothest update of Plasma I’ve ever experienced! Literally nothing to complain so far, frankly, I am surprised