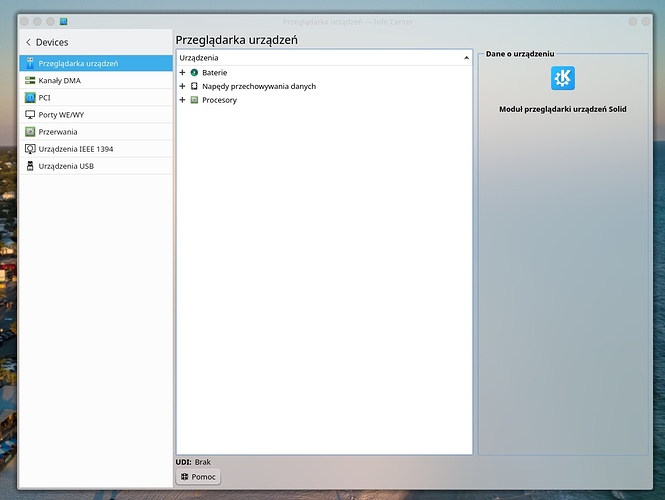 Video drivers update automatically with the system, or maybe I don’t understand?
This message to me indicates you have nvidia450 installed and it conflicts when you try to INSTALL nvidia455.

//EDIT: my crystal ball tells me you use non LTS kernels, you don’t follow the EOL states of said kernels, then during update when kernel goes EOL it installs meta packages to save you from failling to follow EOL of your kernels, and now it blocks because of dependencies requirement of the meta package, will see first if you have nvidia 450 installed or not. I might be completely wrong, by this is my guess as I see you use the kernel 5.7 which has been announced EOL for a long time now…

Install the plasma-disks package to get the new feature in Info Center.

Thanks, now it works

I thought it was auto-installed with the update, since I had “installed” status with most of “new optional dependencies”. 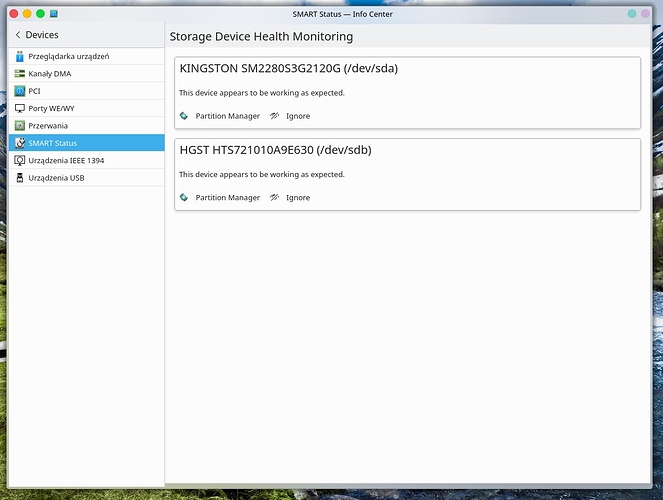 I noticed some GTK issue after the update. Can you check it and see if this happens for you too?

It can be noticed in case of pamac. If the new GTK theme is applied, all looks fine: [Screenshot_20201015_184036] But after the session is relogged or system restarted, the window buttons are missing: [Screenshot_20201015_183729] They are there and I can close the window, clicking the empty space blindly, but the issue persists with every GTK theme I tried so far. I first suspected that my themes were outdated, so I downloaded some recent ones but the issue stays.

I thought it was auto-installed with the update, since I had “installed” status with most of “new optional dependencies”.

I created a thread here for the power options problem:

I’ve just updated my system to use plasma 5.20 and the “System” options within the “Leave” tab of the application launcher applet are missing. That includes the restart/shutdown/sleep/hibernate options. I created and logged in as a new user, the options are there. So it seems to be broken only on my profile. The “Offer shutdown options” is selected in the system settings, and my user is in the power group.

I’ve also noticed it only occurs when the applet is within a latte dock.

Strange! I just installed kernel 5.9, updated some AUR packages, restarted and… now the power options are there again!
I re-compiled latte yesterday (I have git version) but that didn’t seem to fix anything (yes, I restarted latte). Today’s installs where not desktop related (vivaldi, optimus-manager-qt, kernel 5.9).

I noticed some GTK issue after the update. Can you check it and see if this happens for you too?

I do not have this on my side in my VM, using the default theme.

You need to use some GTK themes, not the default breeze one.

I switched to the stable branch before this update with less issues than on stable.

Now I have a few problems since I updated yesterday:

Problems I had before I switched to testing branch:

I switched the branch back to stable, hoping that the next update fixes my issues, or at least most of them.

Strange! I just installed kernel 5.9, updated some AUR packages, restarted and… now the power options are there again!
I re-compiled latte yesterday (I have git version) but that didn’t seem to fix anything

I’m also running 5.9, but the issue also exists on 5.8. I didn’t think to check for a git version, trying that now…

The Plasma Wayland session for 5.20 does not work on my two laptops – ASUS ROG Strix GL-702VM and Microsoft Surface Pro 4. I just get the (default) laptop splash screen when I try to log in to a Wayland session.

Edit: This is the error I get when trying to start a Plasma Wayland session:

A post was split to a new topic: Why was the pacredir overlay removed?

Since the update, my Asus Xonar sound card is not working, there is no sound from the output. But it is not dead, the mic input on the card works.

The outputs are not muted, I checked it. I also tried to erase the pulse config, but had no effect. I can’t run pulseaudio-ctl command:

Meanwhile, I can use my onboard sound card, but sometimes the audio is getting muted and un-muted repeatedly. Or the output device switches back and fort? I do not know.

This whole situation may be related to this bugreport: https://forum.manjaro.org/t/no-sound-after-upgrade/9823/29
In short, pulseaudio should be updated soon, it has some bugs in the current release.

I had some problems with Gnome’s setting, in particular the touchpad configuration seemed to have messed up (tap to click and natural scrolling were disabled, and some extensions did not work), but I just needed to re-apply the settings and since then everything has worked fine.

I am experiencing an issue with kmail and encrypted message filters.
When I open an encrypted multi-part message (HTML for instance), everything goes well as long as I keep the message stored encrypted.
In the moment I use a filter with a “Decrypt” action, then the decrypted message is visualised as message source (with some headers), and not rendered as HTML anymore. In case of messages coded in base64, I get the whole base64 source…

That filter has worked for years, it got broken with the latest update.
@philm: do you know of any changes in the KDE libs dealing with GPG?

When I wake up my laptop my mic and speaker volumes unmute and it sets the speaker to 46% and the mic to 16%. No matter what I do it always does this. I don’t think it resets if I reboot instead of sleep and wake.

I got this after failed tor start: