Related to grub not finding other OSs: It is wanted by upstream to do so for security reasons: broken patch; fixed patch.

Windows dual boot broken. Surprisingly, no one checked this before release. It is enough to run update-grub to get problems. 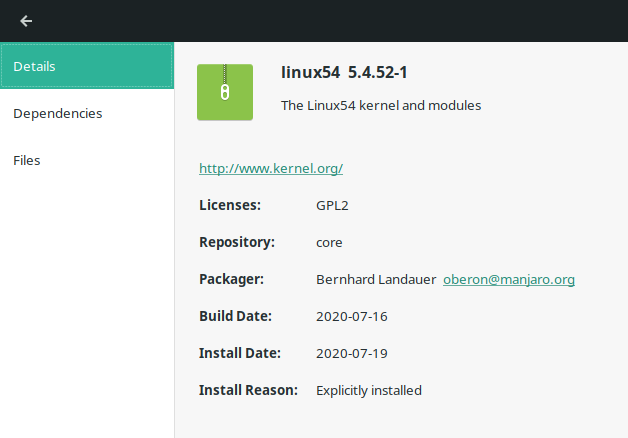 Update went smoothly here (Lenovo Ideapad 5 14 with AMD 4600U), but wake from standby doesn’t seem to work anymore with kernel 5.11.2 (coming from the 5.10 series).
I briefly see a corrupted screen, then a black screen with mouse pointer, which can still be moved. After a couple of seconds mouse pointer freezes and I have to shut the laptop down…

we might drop both packages with the next stable update cycle …

Same here, and to add insult to injury grub style was set to hidden so I was initially completely blind.
Restored style to menu, realised windows had diappeared, so had to reset os_prober in /etc/default/grub as well, grub-mkconfig to check and update-grub to restore in working order.
I really wasn’t expecting to be debugging computers tonight.
M.

There’s a line to add at the beginning of /etc/default/grub, bottom of the first option block :

Then run grub-mkconfig to check the script, and finally update-grub (as root).

Thanks. Apparently this is now standard grub behavior.

Big thanks to all involved in the Manjaro’s development.

after edit etc/default/grub all is ok

With new chromium 89 : not a bug but a feature

A post was split to a new topic: Icons in System Tray are not normally visible

I also had the GRUB issue and the weird thing is al of a sudden I had an Ubuntu boot option in my BIOS and in the output of sudo efibootmgr -v
Never installed Ubuntu, had a KDE Neon install in the past but I’m 100% sure I already removed all unnecessary boot options in the past.
I have a dual boot system, Manjaro KDE and Manjaro i3 on seperate drives with each their own bootloader.
After adding the GRUB_DISABLE_OS_PROBER=false to GRUB, reinstalling GRUB on both drives, updating GRUB, running mkinitcpio -P and deleting all unwanted entries in efibootmgr the system seems stable again.

Now I finally can have a bite to eat cause I’m starving!

Update works fine without any problems.
Thanks to the manjaro-team!

Oh man! my significant would have killed me if she was not able to boot up Windows (I don’t care in my case anyway)

Adding the line in the GRUB config and running grub-mkconfig and then update-grub as others suggested above worked for me, so no Timeshift for now.

To the Team, thanks again. Looks like you guys have been busy rolling out updates every two weeks. What about a little break for summer??

Everything went fine. KDE desktop with AMD GPU.
Full support for your right to declare your beliefs, and this case complete support those beliefs as well.

Like many other people, I had to re-enable OS prober 'cause I dual boot with Win10. It’s fine now.

Thank you! Same problem here with Grub. This solved the problem

Thanks @Hefty for the tip.