I was trying to find a cause for “choppy sound” sometimes when working on my PC and found that error (journalctl -xef).

I used the large space to separate the packages I want to downgrade and the dependencies I have to downgrade, too, to make it working.
And yes, you can copy the command as is. But it only works if you had the older packages installed before so it is in the cache. Also, you should check each new update if there is a new pulse packages with a version number > 13.99.3 because if not, a full update just installs the broken packages again.

Already had crackling sound for some months but now it seems like the volume is sometimes being lowered on its own.

Is that by commenting out load-module module-rescue-streams? Because when I do that, PA fails to start. Is it bad that the module is used?

While updating from 18.x to this version via TTY2 I have experienced a hplip problem with the folder pycache (with two underscores before and after). Since I have almost zero experience with read/write rights like 777 I simply classified it as corrupted and deleted it via “sudo rm -r foldername” plus the hplip package and reinstalled hplip after updating.

However that was the only problem. Nice!

Thank you, that fixed it for me too. But it’s xcursor-breeze not xcursos-breeze. It seemed to have downgraded it from 5.18.x to 5.11.5-1 for me, after that was done, I could restart and login as normal.

I’ve got the same problem after last update. After trying few things you guys discused here, I have find a solution, I think. The problem is with the cursor. To fix it, go in TTY and instal this: pacman -S xcursos-breeze then the problem was fixed for me. Hopefully it will work for you too. Cheers.

This topic managed to solve my, not being able to login as non root, issue…

Thank you for your support! I made the change:

and also changed my Compression to zstd. It feels like my laptop is starting up a bit quicker now.

Never had this kind of trouble before…anyone know the cause of this?

Ugh I should’ve known that. Thanks, Mang…

I suggest you check for .pacnew files and start a new topic to run some diagnostics as there may be something other than this module causing problems 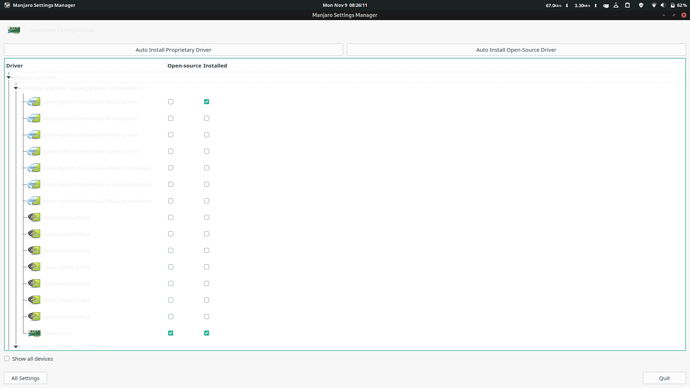 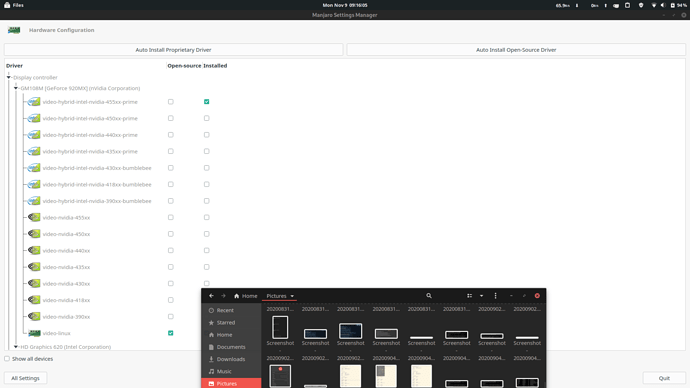 I did the boris_perez fix. that helped
Thank you

A post was split to a new topic: All my GNOME settings are lost after stable update

@Karol.B The “fix” I had initially provided also stopped working for me, and I actually had to downgrade PulseAudio & it’s dependencies with the downgrade command (DOWNGRADE_FROM_ALA=1 downgrade pulseaudio libpulse pulseaudio-bluetooth pulseaudio-equalizer pulseaudio-jack pulseaudio-lirc pulseaudio-zeroconf ) for everything to fully work (you have to run the command as the root user for it to work).

Hi, I’ve figured out, that problem was caused by “ fwupd ” Also it takes about 5 seconds at boot. So I uninstalled it, because it seems to me useless anyway.

I think now Vivaldi browser may be pushed to Stable too, is giving no problems in Testing and Unstable

Installing xcursor-breeze via TTY also solved my problems from above:

Updated today using TTY.
Cant reach login under Gnome;
‘There was a Problem.’
Didnt find anything in the logs.
But in systemctl -b I see:
‘Process 1106 (gnome-shell) of user 120 dumped core.’

Same problem with GDM here. Have you found a solution? I noticed I can start a Gnome session from the tty with
startx /usr/bin/gnome-session
but I was unable to start GDM.

Updated on Gnome and everything went fine. However, I have a minor issue with my Electron applications showing a light colored titlebar. Before the update my Electron apps matched my theme.

Looks like a theme issue. Can you reproduce it with Adwaita or Matcha? I can’t.