Soundblaster Creative AE-5 Plus: No 5.1 Surround

Dear Manjarees,
I have recently updated my rack with the new Creative X AE-5 Plus. This caused trouble in the beginning, for it did not output any sound at all:

Dear Manjarees, again, I am in desperate need of help. Again, regarding sound hardware issues: If have upgraded my soundcard. For I work with audio/video a lot, but also play games under windows (dual-boot), I have opted for the Creative X AE-5. Before that, I have been using the Creative Audigy RX (which worked like a charm). I did the upgrade knowing, that thanks to the fantastic work of Joshua McAdams, aka conmanx360, a driver is available since Linux Kernel 5.0+. https://www.phoronix.com/…

Fortunately, this problem is resolved! A kernel patch is available since 5.11. From that kernel version onward, the new 2020 version of the AE-5 (the AE-5 Plus) is supported out of the box in Linux. Thanks again to @nikgnomic for pointing that out.

Though the card is basically working in Linux, it does so only “kind of”: There is no analog 5.1 surround output available, also the microphone input is not working.

I assume, the cards do not differ much in hardware components. So I assume this is some kind of alsa channel mapping problem / driver problem. But I am not really advanced enough, to find the culprit.

Again, bummer. No 5.1 sound and worse, no microphone input.

Ok, I seem to be kind of alone with my problem - no wonder, the Soundblaster X AE-5 is not very common. In fact, having a dedicated soundcard is a niche by itself.
So anyway, if someone a bite more technically sophisticated than me comes across this, here are the tools used by the original author Conmanx360 to reverese engineer the driver: 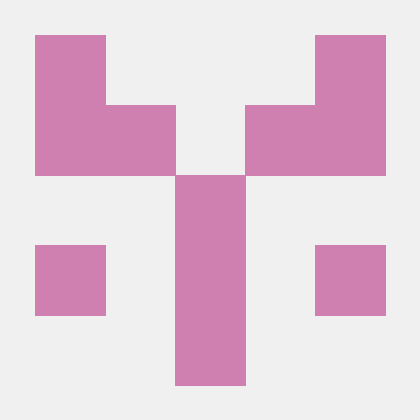 Tools for the ca0132 HDA codec. Includes an assembler/disassembler for the integrated custom DSP.

Maybe that helps anyone.

How to solve this problem? Can anyone please help? Thanks.

Can’t really help if Kernel 5.11 isn’t working for you, but for future purposes if you want to get something that works with Linux 100%, get an external DAC from a company that actually supports Linux such as JDS Labs or Schiit. Any USB Audio Class 2 DACs should work out of the box on Linux.

Hope for future fixes? For example, kernel 5.12. Thanks.

Well, because this soundcard have absolutely 0% official support, you’ll have to hope other users would reverse engineer it better.

You can install the release candidate from our repo if you want to try it.

The OP said that kernel 5.11 worked for them (to a limit), did you try that kernel yourself?

Is there sound. Customization is possible - alsamixer, qasmixer.

Radiotray-ng
The sound is output through pulseaudio (?), Strong distortion. Including, with the scheme 2.0.

When outputting through headphones, everything is fine. There is no distortion of sound.
Is it distortion due to pulseaudio?
I can not understand anything. Nub. Sorry.

I did try using an AE-5 a while ago with Kernel 5.3 and it did not work well either.

As far as I can say, the Creative cards just do not work reliably in Linux. There seems to be an issue with the registers in the card itself not resetting properly and since the drivers are closed source, there is not much to do about it.

In my testing, the card sometimes worked, but mostly did not. Just as you were saying…
I did get it to work sometimes by dual booting into Windows and then doing a reboot into Manjaro. But even then only stereo output was working. There was no way to get proper surround sound with my AE-5.
There were issues in Windows as well after rebooting from Manjaro to Windows. So that was the point where I did give up…

I really dont understand your problems. As stated above, the card works fine from kernel 5.11+. The only problem is the stereo output instead of surround.

Yes… Stereo is working. But that isn‘t the point for installing a card like this. The whole thread is about getting 5.1 sound. It‘s in the title.

Unfortunately, this will not happen, unless someone picks up the pieces and keeps developing the reverse engineered driver. This is way too advanced for my skills unfortunately.

You are right. And since these cards are way too niche, this is rather unlikely. Especially since they are behaving so strange and Creative does not provide a driver themselves.