After some update it seems some lib is missing breaking the settings menu: 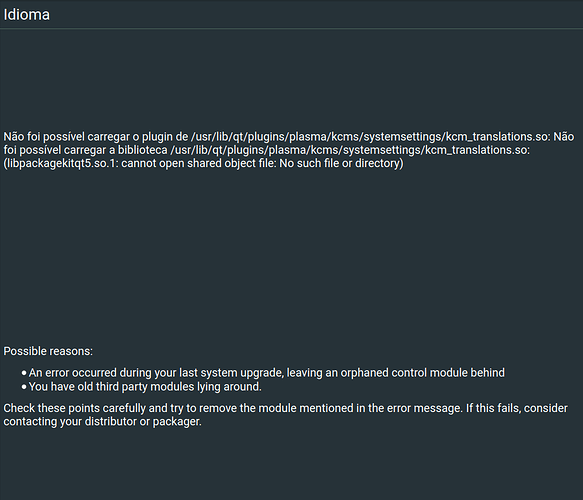 I did install the libpackagekit-glib from aur but it did not help. This might have also something to do with the fact that at some situations my accents do not work in some apps and I need to restart them.

I just did a test changed mirrors to Germany and tried to sync so it is not with the Brazilian mirrors it is something else.

So, we are back to this:

Why? Is in repository and it is required by packagekit

yeah we are back.

The aur hit was the first to come up in google. Installing the suggested packages fix the issue but some dependency is missing since I have not uninstalled any packages and ended up with some missing requirements.

yeah we are back.