I am very pleased to announce the release of SbK Lxqt 21.0.5. 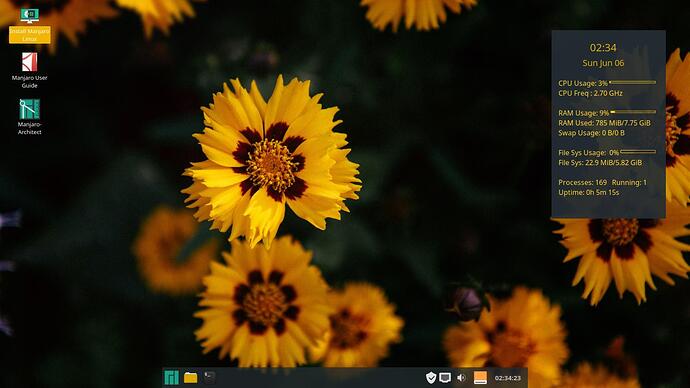 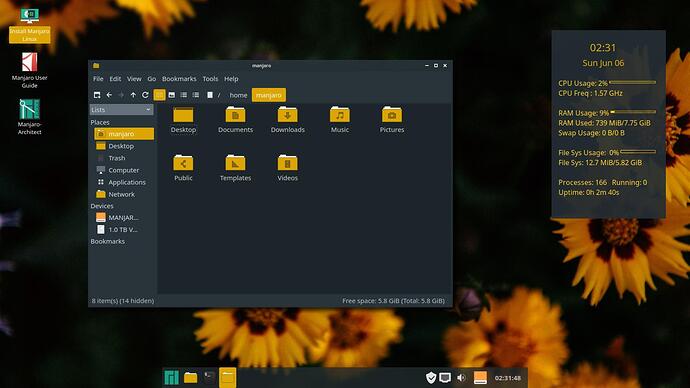 Both versions of this release include

The full and very minimal iso can be found here.

SbK is back after a break. Real life sometimes gets in the way of things you do for fun. I also needed some time away from Manjaro. Sadly this time was extended because I installed Debian testing and didnt upgrade my Manjaro partition for 6 months. Trying to update a 3 year old rolling release after a 6 month break seldom works out. So a fresh install and then getting it ready to build took a little time.

As always questions, comments and suggestions are always welcome. Just post below.

Thank you for your work on these builds. You have the only current LXQt .isos available, Jim.

Unfortunately, the installer simply will not launch for me from the minimal .iso, which is what I want, as I like the blank canvas approach on top of which I can load my own dotfiles (using LXQt’s packages as a sort of frame for my own WM, etc.). I have a new Thinkpad T590. Ideas?

Sorry about that. The first iso was working, I tested it. Then I had to remake the minimal iso for a minor color change to conky. I figured it was ok, but there must have been an update to python in between that messed up the installer. I have pulled the iso’s and I am working on fixing the issue.
As for Lxqt, its the desktop I use. I have very old hardware (AMD FX-4300) and I really need to build a new PC. I have been saving but some emergency always seems to deplete my savings before I buy the parts. I was almost set, and then the wheel bearings on my van started making noise and that wiped out $1200 that I had saved.

In any event I have pulled the iso’s until I get this fixed.

I have fixed the problem, the minimal is done, and I am building the full. Then I will upload them.

The new iso’s have been uploaded. The link in the top post still works. Please let me know that you can install when you download one.

I actually managed to make an old official .iso run manjaro-architect and achieved a successful installation (at last), so I did not install your build for myself.

By the way, as far as I can tell, your .iso is the only up-to-date one available that still has the most recent official version of Manjaro Architect included. I did not need the SbK repository, but the fact that you include Architect opens a lot of possibilities for those of us who were disappointed by the decision to drop Architect as an official medium. In fact, if I were you, I would advertise the fact that you have the latest version of Architect in your builds as a great reason for trying them

Thanks for the input. I will add the fact that Architect is installed to the list of standard features in release notes/posts.
While you may not have the sbk repo installed, you may want to add it. almost all of the kv themes work on Lxqt exept the very early ones that dont have a Manjaro series added to the end. Lxqt themes are kind of scarce. There are also grub and lightdm themes that match. You can disregard which desktop they have in the title, they should work regardless of the desktop as long as lightdm was used. Here is a link with instructions on adding the repo if you want to. http://spinsbykilz.com/ then click on the Repository link at the top.

Hi
I have a 32-bit hp intel Celeron core to duo with 4 gigs of ram. can I Install it or it’s impossible

Looks problematic on first glance as support for 32bits got scrubbed quite a while ago.
Perhaps take a look here for possible distributions for such a system:

This post is a Wiki, anybody can edit it and insert the distro name in alphabetical order. Since Manjaro32 got discontinued many people ask what next and give numerous recommedations for distros repeating themselves on and on - I’m creating a central topic to give reference for distros which still support 32 Bit x86 hardware. Please, don’t add distros which 32 Bit versions you haven’t tested, having tested them on 64 Bit machines is OK! It is good to add a link to the distro, Distrowatch entry…

As mentioned before, Manjaro removed the support for 32bit hardware some time ago. The only things left are a few libraries for running 32bit applications on a 64bit machine.
But I will make a suggestion, Debian testing, its rolling release and the software is reasonably up to date. Though not as much as Arch based distros like Manjaro, they are on the bleeding edge. Debian testing also supports 32bit hardware, and its unlikely to drop it anytime soon.