I would like to vote to have the package “Remarkable” added to the official repos, it is an excellent Markdown Editor and would even say a little better than ReText that is already available. 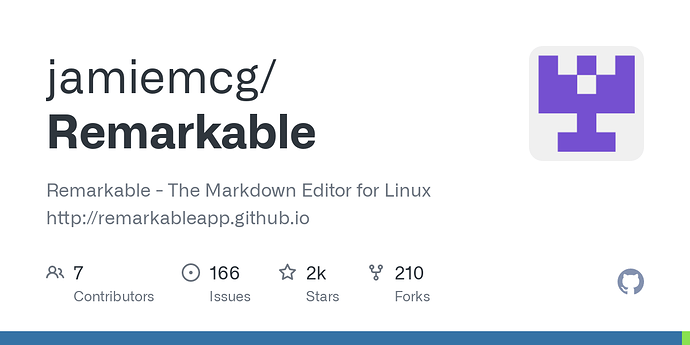 It’s already in the AUR. Adding it to the official repos makes little to no difference.

Adding it to the official repos makes little to no difference.

It’ll make extra work for the person that adds it, as someone from the team or the community, depending on the repo, now has to maintain it. So it makes a difference.

Not to the user, though.

I edited my answer.

Considering the stance of the Manjaro team, that people should be mindful about how they use the AUR, I do see a difference between it being in the curated repository or the AUR.
I also understand the point @Mirdarthos is making, which is perfectly valid. Personally I don’t know how the Manjaro team chooses which software to include into the repos, and which to drop, but a post like the OP was a perfectly respectful expression of a wish. It might not be granted, but it’s the only way of communicating that desire.