Not able to boot Manjaro USB

When the grub menu of the live disk appear type E and write it there:

I tried the above and now it keep hanging as per the Attached !!! 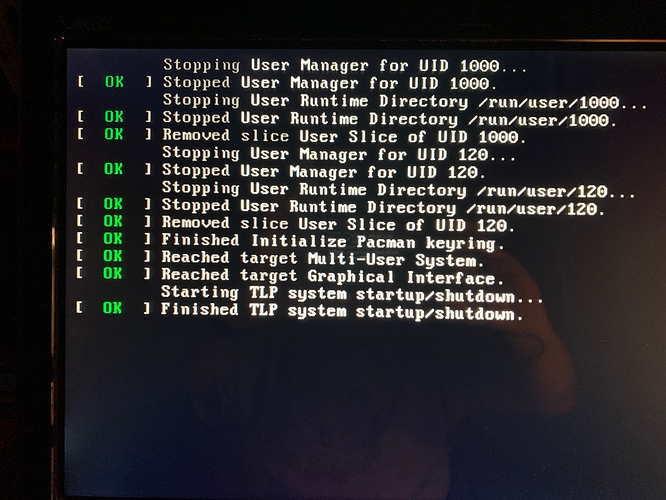 What exactly did you try? All options in the list of the link?

Most of them and then acpi=off

With nomodeset and without nomodeset

I have found here great tutorial that should fit your needs now:

If you have questions, just ask.

I’ve found something that could help:

While in the Grub Menu of Live media, press e to edit it, and append after quiet this line systemd.mask=tlp.service Then press F10 to save and continue booting. Is that helping? If that is a desktop pc, i would recommend to remove tlp

Just saw this message. I will try this and let you know.

i gave up after I wasted 2 days trying everything last week. So i am back in Ubuntu (KDE Neon).

Ok, I tried this and now it get stuck on reached target Graphical Interface. As per attached. 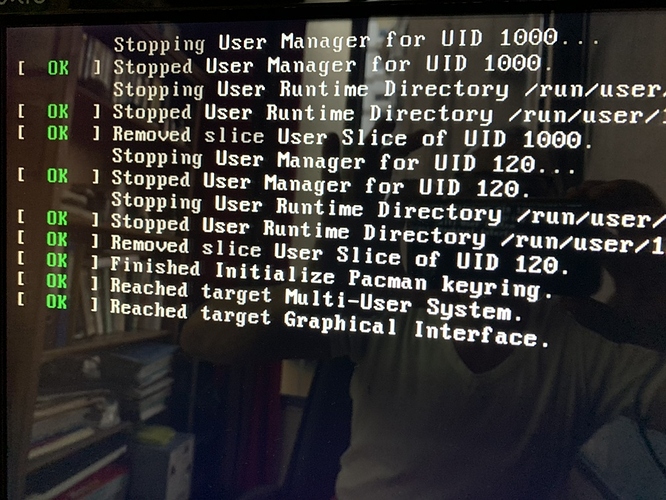 Ok it reached the Graphical interface, so i guess here is the problem newest gpu driver.

I would rather advice to install it with Manjaro Architect… The Desktop ISOs with the newest driver don’t work on all Systems, and many especially laptops need workarounds with newer kernels.

After while being here… i must admit: 70% of failed boots of Boot disks are because of laptops.

yes, I can go into a command prompt

Maybe there is a hint?

Ok, what does this say in English - 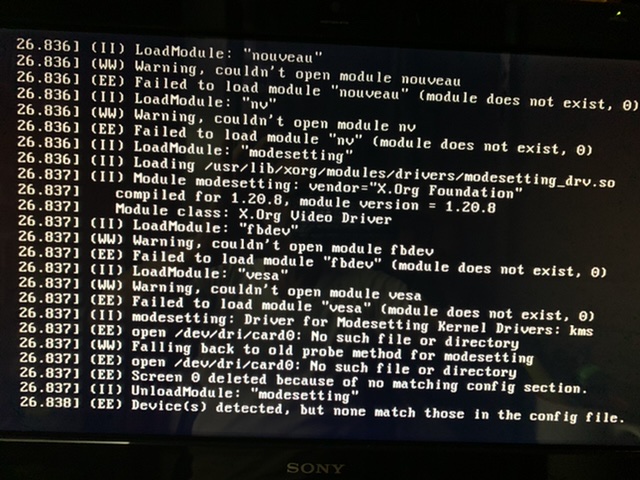 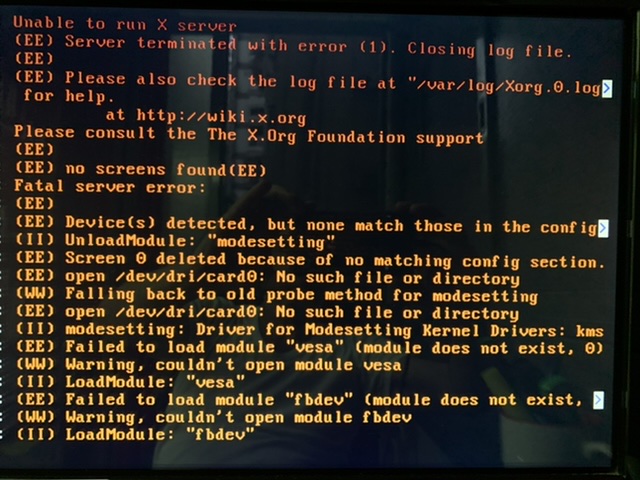 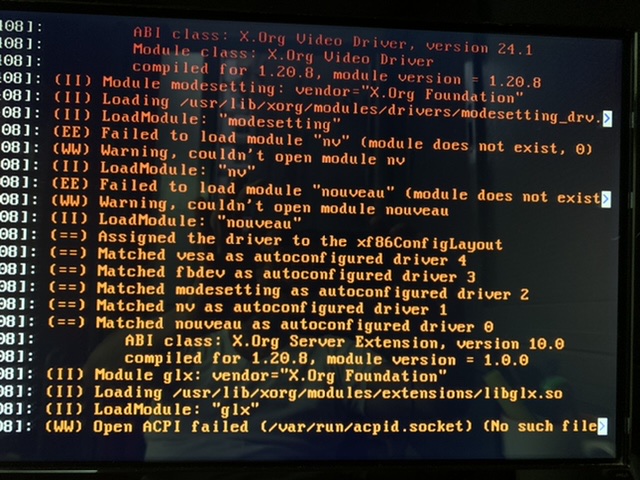 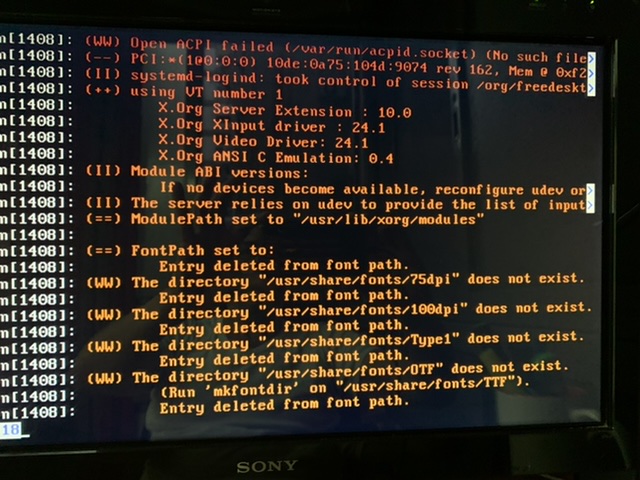 Ok i see now the problem. It looks similar to this one:

I updated my system (sudo pacman -Syu) earlier tonight and since then Manjaro fails to boot. It reaches GRUB normally, but shortly after it hits a grey (not completely black) screen and hangs. I have tried: Switching to an alternative login session. Ctrl Alt F3 had no effect, presumably its hanging before this point. Booting without X as per another thread on the forums (I apparently do not have perms to include the link). No change. Installing an alternative kernel. I had been running 5.8, bu…

But it was a local installation and he fixed it by reinstalling the nvidia drivers. Something is wrong with the config

Or the configs for the drivers have on this ISO

a bug which effect on your system.

Since it is a rolling release, a installation with Architect is recommend.

Could you share your hardware here, just for the record when you are on Ubuntu?

OK, Thanks for your help.

I pesonally think it is a graphic device problem. As with almost all other distro’s I use Nomodeset to boot and it does. Then on a fresh install I install the Nvidia driver and everything goes well.

I will try Installing the Architect way and get back to you. Should I be able to install the Nvidia (340.xx) on installation ?

Should I be able to install the Nvidia (340.xx) on installation ?

Yes you will be able to do that there.

What is the exact Command when using Ubuntu? I used this and didnot work!

Good, Will keep you posted.