Looking for a notepadqq alternative

I hope this is the right category for this thread

I am using notepadqq for editing files, reading files, writing small notes and writing short codes.
However, notepadqq isn’t any more maintained and buggy.
Therefore, I am looking for a replacement, it should open fast, have syntax highlighting, advanced search&replace function, unsaved tabs should be restored after opening. Maybe you know a good graphical editor. I am asking, because it took me a long time in the first place to find notepadqq as an editor.

Edit: I am using xfce.

You have not mentioned what desktop environment you’re using, but in the event that you’re using KDE Plasma, the Kate editor does all that you’ve described above. It allows you to save different sessions, each with their own tabs, and it supports vertical selection. And ─ again, if you’re running Plasma as your desktop ─ it can be put on the panel as a widget or be invoked from the system tray. 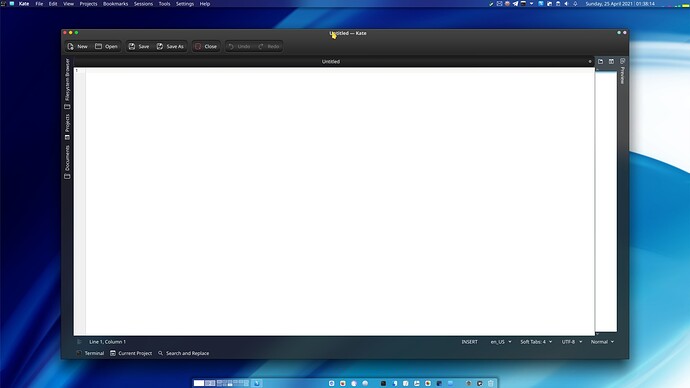 If you don’t have it installed already, you can do so by way of…

Kate isn’t the most simple of editors - it’s incredibly powerful under the hood. People who are used to it wonder why other people look for anything else… Definitely start using and learning this software… start by figuring out the theming at least (the application and the actual editor theming is wildly separate, less intuitive than konsole, for example).

You can also customize Kate (as with several of the newer editors around) with ‘vi’ input, so if you learn VIM you’ll be at home there too. Kate also feels lighter than the others… it’s main downside is that if you DON’T run KDE you’ll have to install a lot of KDE dependencies (this keeps it from climbing to a higher spot in the ratings…).

Next up, VSCode is awesome - I like it for giving previews of colours in text (so if you load an SVG, you see a block of colour teal if you type #347476 and has a colour picker to edit that…

Next off the top of my head is Atom - I used that a couple of years back, but preferred VSCode, but on KDE I often just load up Kate for a lot of jobs.

For real efficiency it’s also worth looking at VIM, Neovim - spacevim is great, I’d say install spacevim and do the VIM tutorial at least two or three times over a week to see how it feels. For a more ‘normal’ graphical editor that you can run in a terminal, Micro is wonderful - you can use the mouse with it, and it has tons of stuff under the hood.

So #1 Kate really - do that. I’m surprised that using KDE you haven’t found out it’s the native editor for text and exists in your context menu.

Uhh, totally forgot it, it’s xfce.
But I am also fine with installing extra decencies.

In that case, I hear a lot of people say good things about geany, but then you’ll probably also need the geany-plugins package.

Geany is a lighter install, right? You can’t decide which horse is best until you take it home and ride it a while… and it really depends on just what kind of stuff you’re doing… coding, or markup, editing and comparing multiple documents…

Also it’s quite easy to purge them later… (alias purge=paru -Rnsuv or yay -Rnsuv) so maybe it’s time to pick one or two and alternate.

Yes, I installed all of them. This is my first impression:
kate and geany are really fast. At the first glance, they look good. Many years ago when I tested geany I didn’t like it.
Atom is the slowest and wants to access my keyring.
A few months ago I grappled with vscode, and I think I am not a fan of it.
Micro looks legit. I had always problems to copy with cli editors text which was longer than the actual viewable area, with micro it’s easy.

VIM, Neovim - spacevim is great, I’d say install spacevim and do the VIM tutorial a

I did vimtutor once, but I am not a console expert, I am already happy when I can grep things, use less, redirect to file…

Yes, like I say - I love the colour preview in VSCode - I wish I could get that in Kate.

I’m not sure what you mean by “color preview”, but Kate does do syntax highlighting with color. 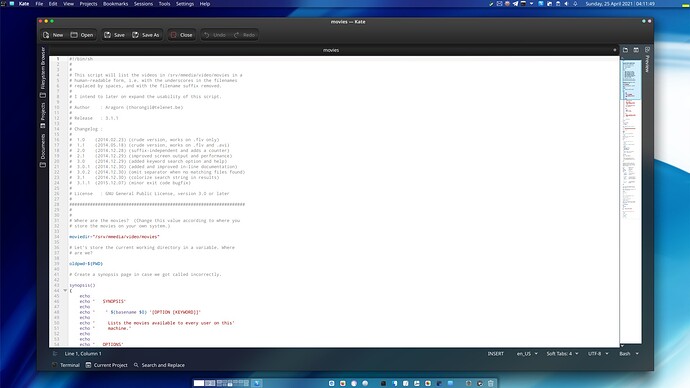 I seem to have lost the ability to post an image… 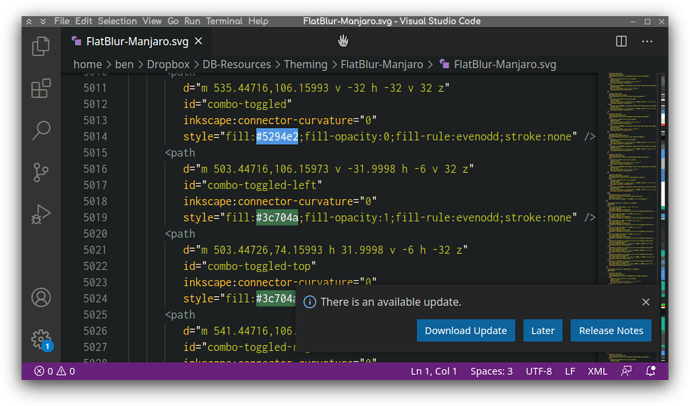 I cannot help but suggest sublime text - because that is what it is - sublime.

Even though it is paid software it comes as an unlimited trial version so if you can live with the occasional nag to buy it - once or twice a month - then it is the best. The price isn’t horrendous either - should you decide to support the developers.

I just installed Sublime text - it doesn’t seem to want to play without a licence key, instantly it comes up with ‘purchase and enter key’.

Also being a lover of Notepadqq, I’ve found, at least so far, the best alternative for me is/was Kate. I’ve set the Colour scheme to something dark, Arc dark to be precise, and it’s working quite well for me.

Except I’ve been struggling to get it to exit and remember the current session for next time. Yeah, I know that’s kind of bad practice, just randomly leaving things there, but since I don’t use it for anything important, LEAVE ME BE!

If you use stable v3 channel then it runs as evaluation

Oh, you mean it uses the background color for Hex color text?

That seems like a pretty specific feature, that not many text editors would even consider.

Well it looks like sublime text has a color highlighter - I got the package installed, but now it seems my menus are all greyed out… 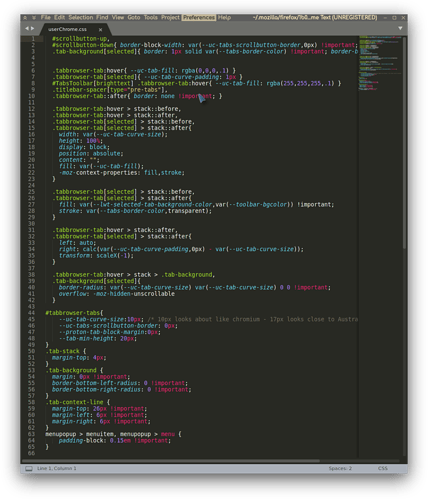 You can the the package manager inside sublime to install themes if you don’t like the default.

I think you missed the point.
With CODE, I installed a highlighter and all the colours are highlighted.
With Sublime, you install package manager, restart it, then you install ‘color highlighter’ but it still doesn’t work. Then you follow a guide that says 'go into ColorHighlighter settings and paste { "ha_style": "filled" }
to actually get the colours to show. Then you have to restart sublime text again - but this is the result (alongside CODE). 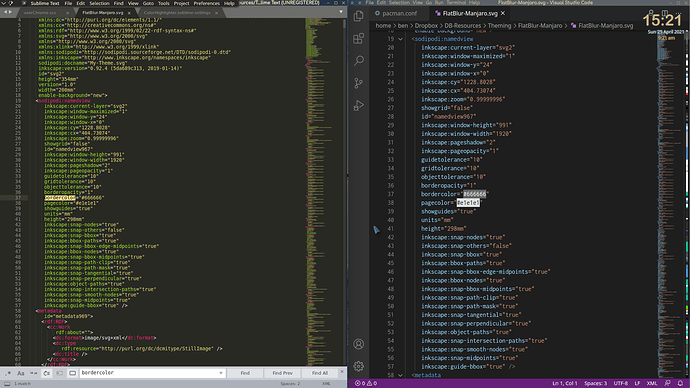 1920×1080 514 KB
Colours in CODE are also previewed alongside the window - you see that on the far right of this image… so you can scroll to a colour. That’s really cool