KDE could not find theme after update

Hi,
After an update an hour a go my system does not launch kde correctly . With error:
The current theme cannot be loaded due to …

You can see error on picture.

Help would be appreciate

So, you rebooted the system and got that?
Could you please try this and let us know if the issue persists? Replace Breath2 with Breeze

I not able to use my custom theme in manjaro Support

Once you type your password and press Enter doesn’t load the desktop? If you still have troubles, switch to TTY3 for example by pressing Ctrl+Alt+F3 then log in as your user, provide the password, then type: sudo nano /etc/sddm.conf.d/kde_settings.conf provide your password again Replace: [Theme] Current=WhiteSur with [Theme] Current=Breeze Then press Ctrl+O (that is o not 0) to save, then press Ctrl+X to exit. Then reboot the system with: systemctl reboot You should have a working SDD…

Unfortunately the file does not exist even elsewhere on the disk

Sorry i can’t make this easier. Once you have done this, reboot with
systemctl reboot

All should be back to normal, hopefully.

No,
Note:
I am using btrfs over luks and I’ve already had corrupt file system. As This is my main system I am going to backup to usb and re-install it.

I am having the same issue, started a few hours ago after an update.

Trying @bogdancovaciu fix got rid of my the error on the SDDM login screen, but when I login I am just getting a black screen and a cursor. This was also happening before the SDDM changes and only started occurring after the update.

I can manually run GTK apps and the manjaro-settings-manager by starting them from another TTY and exporting DISPLAY to be “:0”, but any KDE/Plasma applications fail with the same error, below is the error when I try to run Dolphin:

That is kio package related, or kio didn’t updated/loaded properly. As for the black screen can be also due to a widget you installed from Store or AUR and is not working fine with the new frameworks and need to be removed and then reinstalled, or you have video driver issue …

After last update, my sddm is ok but when I login there’s no kde taskbar and the screen is black (there’s just firefox window open) anything I can do?
Many thanks.

Which kio package is installed? 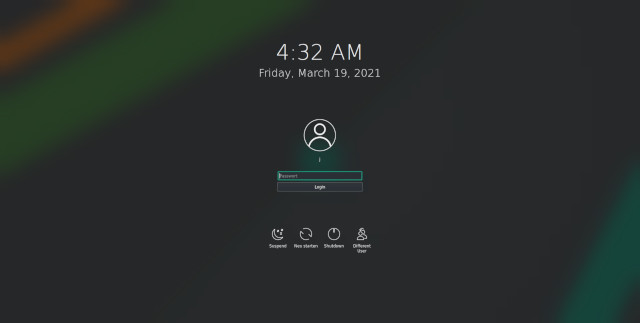 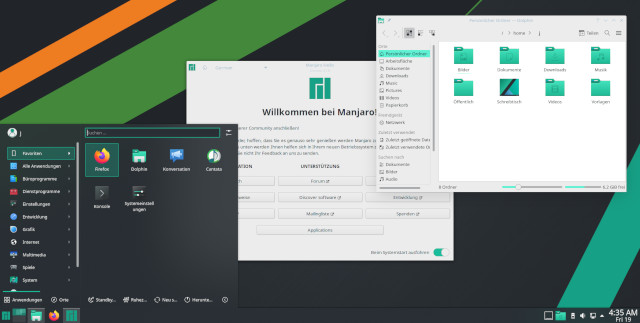 Normally KIO 5.80.1 should fix it. As an alternative you can also do:

Several users of Manjaro reported an undefined symbol issue after upgrading frameworks from 5.79 to 5.80 series: https://forum.manjaro.org/t/testing-update-2021-03-15-kde-frameworks-gnome-grub-vhba-modules-python-haskell/58060/44

After doing a fresh install update all. I don’t have any issue.
I have /usr/lib/libKF5KIOCore.so.5 appartient à kio 5.80.1-1
Note on previous install I had SDK KDE

I managed to fix my system. I not sure when or how it happened, but it looks like a few of my KDE packages switched over to the community version (i.e. end in -git) from the extras versions. It might of happened when I installed neochat.

and accepting the replacement of the conflicting packages.

If anyone else can confirm the following solves the issue:

then we can put it in the solution section of the wiki.

If you installed neochat-git that would explain it. That pulls in some -git dependencies, which would try to replace some of your system with git packages.

Yeah it was neochat-git, I removed it before making the other changes.

You fixed my system and made my day!

I still have the problem, looking into Xorg log, there’s a message:
Suspending AIGLX clients for VT switch

My laptop has no nvidia card, it is just intel core i3