for the main driver (the first package) I think that’s the mhwd -i pci command everything else is pacman installed.

I’ll try tomorrow as I’m kinda tired now. Thanks a bunch for the help! I will reply in case anything goes wrong.

I don’t exactly see why the nvidia-prime package is necessary with nvidia only configuration.

@pobrn To be honest I don’t know why my system requires the utils package but found out when fixing this driver issue myself that it does.

wow Nvidia should’ve included xorg integration in the main driver. I wonder how they expect users to use the driver without the utils package.

These packages are created by the distribution maintainers, NVIDIA has nothing to do with it. They offer all necessary software as a single package on their official site.

It’s just as I feared. Installed the packages you told me to install then couldn’t install the hybrid ones. My screen went black once again. I am certain now that my pc requires only the hybrid version of intel/nvidia graphics

Excuse my asking, I am indeed fairly new but how do I locate a program if I want to run it through the terminal? I am trying to launch an AppImage Application

hen couldn’t install the hybrid ones.

I did everything necessary after seeing that it wouldnt boot and booted it up later as i normally would. Thank you have a good one!

Excuse my asking, I am indeed fairly new but how do I locate a program if I want to run it through the terminal? I am trying to launch an AppImage Application

Appimages are self executables, meaning they contain the whole app + everything it needs to run + run executable. Because of that, you just download appimage file and open it, that’s it. You can move the appimage file around and it will always work. The con is, it won’t update with the system, you need to download newer version. Manjaro usually has an app that detects appimages when run for the first time and asks you if you want to create .desktop file for it, meaning, it will create an executable shortcut in menu. Of course, it uses the path to your current file so when you move it, the shortcut will be broken.

As to finding other apps, it depends on the DE. I use Plasma, so I open start menu, find an app, right-click it, choose “Edit Program”, then Program tab. There is box with executable command. The first word is the command. Usually it’s an app’s name, so for firefox it will be firefox, for kdenlive it will be kdenlive, etc. Sometimes the launch names could be untypical, but for 90% you can just guess. 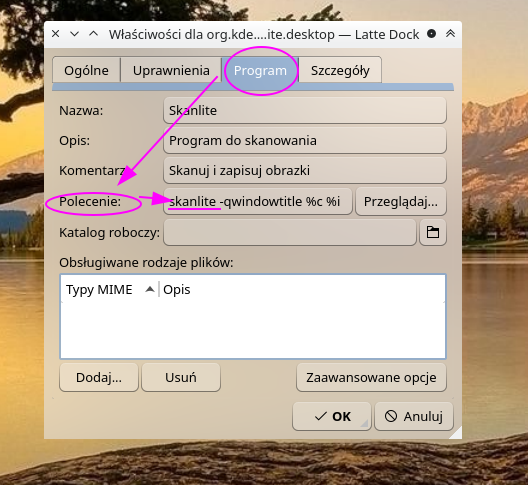 Then you open a terminal, type:

and it will run firefox and at the same time show what is happening under the hood. If you close terminal, it will close the app as well.

If you don’t use Plasma, you can find .desktop files (that are recognized by start menu of various DEs), that are sort of shortcuts to run a program in:

Open those files in any text editor and see how they are build. You can modify them or create any .desktop files manually. Usually programs create them automatically. Those files also contain an executable command, named shortly: “exec”