I want to change from i3, help me decide which flavor to choose

I was using i3 Manjaro for more than 2 years… While I’m completely sold to Manjaro… I want to change from i3 for a couple of reasons.

First, I want to say that there’s nothing wrong about i3 and it did the job wonderfully without any trouble. It just woked!

Here are the reasons I want to change:

I’ll be very happy to hear any suggestions!
Thanks!

You know the thing we have in Cinnamon or XFCE or any other DE I guess (also on Windows and MacOS) where we can define a set of applications to some “desktops” and then we can switch from one desktop to another.

Hi! Not sure if I’m understanding you well but i3wm also has the workspaces feature. Are you using it? → i3wm workspaces

Anyway, if you are looking for a DE without loosing tiling windows capabilities, then Manjaro Gnome with PopShell enabled is your thing. It’s already integrated and you can enable/disable it whenever you want. → Pop Shell

Hey!
I probably did a bad job explaining my need… But what I’m considering a workspace in regular DE is not the workspace that i3 is referring to.
In my usage (with multiple monitors 3 or 4) all my apps are alone on their own workspace (some stick to a particular monitor), and I’m using i3 shortcuts to manage them (jump, move, close, etc.).
The problem is that I can’t group them and make each group of workspaces (across all the monitors) appear alone. Which is what actual “workspace” of regular DE allows…
So what I want to do now is to use a regular DE (e.g. KDE) and was thinking about using some kind of trick to manage my windows… For example I discovered that https://www.reddit.com/r/kde/comments/afumok/which_kde_tiling_script_to_use/
So I started to look at the presentation video available on the download page of KDE Plasm edition…

And…
Indeed!!!
I said myself I’ll also take a look at other flavors presentation…
And the Gnome features blew my mind!!!

I also read that in the meantime Why Tiling Window Manager Sucks (xmonad, ratpoison, dwm, etc) and to be honest, I completely agree 100% with him!

So I really hope I’ll find everything I need in Manjaro Gnome! (I still need to try it in a multiple monitor setup).

Anyway, I’m downloading the ISOs and simply try out…

This is a support forum. Questions like these have been asked ad nauseum all over the internet. If you want to discuss thing like this…

We have an unofficial subreddit: 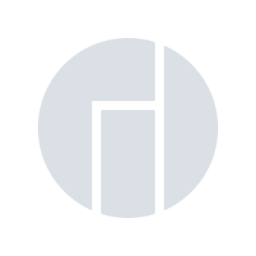 We also have an official Telegram channel:

Any chat users will have annoucements/tweets/videos redirected to the channel, reply’s and messages can also be setup, follow instructions here.