Introduction
Gaming on Linux? Yes, it’s possible, but new Linux users must read tons of articles if they want to play games on Linux, especially Manjaro. Usualy this a reason why people switch back to Windows. There are quite a bit of things different on Linux compared to Microsoft Windows 10. Well, this article has everything that you need.

Laptops with NVIDIA (prime drivers): If you don’t want to run apps/games with your Intel GPU, use this command: prime-run package: where package is the game you want to run on the NVIDIA GPU.

Good starting point for gaming, but there is a lot of more!
Lutris - Great and powerful manager, where you can manage all games in a computer.
Lutris will install Wine automatically for you!
pamac install lutris
More information about Lutris: https://lutris.net/

Here is a screenshot, which packages you need to install

What’s next with Steam?

Important for NVIDIA laptops!
Don’t forget to use the prime-run package

Now games will run with NVIDIA GPU!
So, that’s all, now you can play everything in Steam!

Personally something to end
I wish you happy gaming! BTW: Who plays Xonotic? My name is Soong.

16 Likes
How to switch from AMD GPU free to non-free/proprietary driver and back?
Setting up Prime
Cannot install Nvidia Driver correctly
Tearing/Ghosting/blurry Text in chrome while scrolling!
How can i tell which gpu i am using?
TriMoon October 13, 2020, 2:19pm #2

Good starting point for gaming, but there is a lot of more!
Lutris - Great and powerful manager, where you can manage all games in a computer.
Lutris will install Wine automatically for you!
pamac install lutris
More information about Lutris: https://lutris.net/

Why are you using pamac instead of pacman, any particular reason?

I already wrote one tutorial, but someone edit pacman to pamac. I made decision use pamac now, but of course you can use pacman.

What do you suggest? See my profile info for my GPU…
(I already have Steam working with Vulkan support i think)

pamac is the easy Manjaro way of Arch’s pacman and also has a GUI: 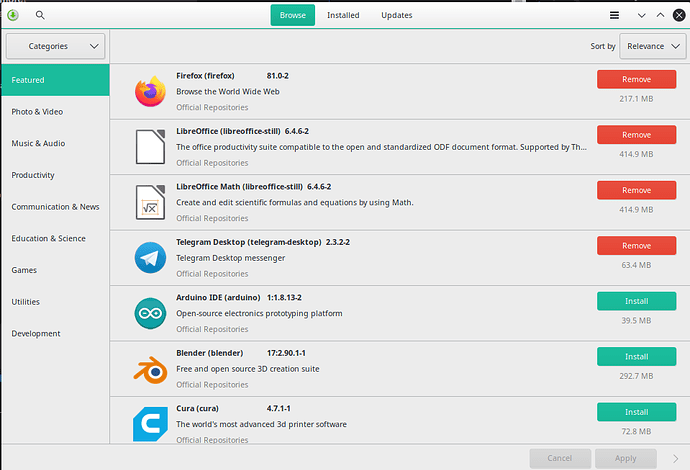 For documentation and how-to visit the project page:
https://gitlab.com/torkel104/libstrangle

For people using GOG and Lutris this should be helpful:

Noob here, how do I know if a package is using prime-run?

and so, to set pcsxr / pcsx2 / ppsspp, are the below codes correct:

Type in the terminal nvidia-smi,every program that use the NVIDIA GPU (prime-run) will appear there.

and so, to set pcsxr / pcsx2 / ppsspp, are the below codes correct:

Yes those are correct.

maybe this’ll help me with my emulators.
Graphics may atleast improve, thanks for this!

NVIDIA-SMI has failed because it couldn’t communicate with the NVIDIA driver. Make sure that the latest NVIDIA driver is installed and running.

I’ll see what happens next. Currently, I only have the Hybrid bumblebee Installed and running.
I’m guessing I need that video-nvidia-390xx Installed too. 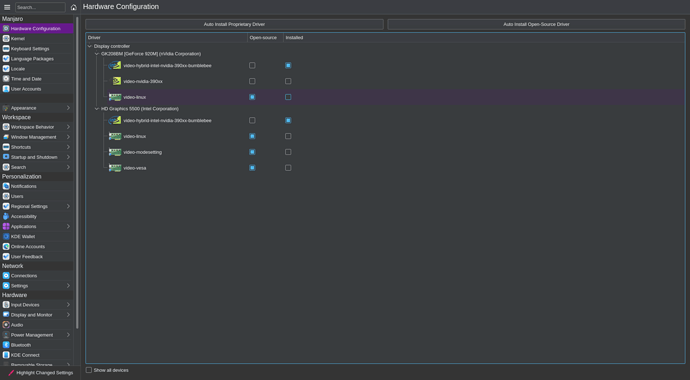 If you want you can stay with bumblebee,instead of prime-run its primusrun
But you will not have nvidia-smi because thats part of the official NVIDIA driver.

according to your link,

bumblebee detects both cards and automatically selects Intel card by default and can use the Nvidia for more demanding applications.

which means, I have to use primusrun for emulators.
Is there an equivalent command to check which packages are on primusrun too? 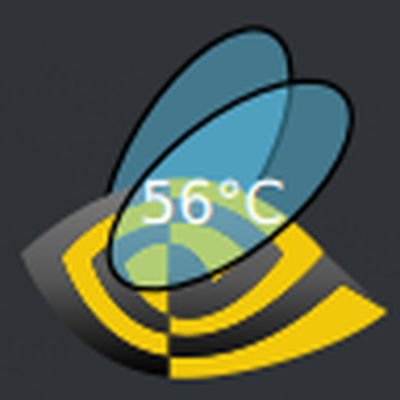 It indicates the on or off status and temperature of the Nvidia card on the Optimus systems, when bumblebee is used.

Thanks mate, this helps, I learned something new, I didn’t know that there’s something like this.
I thought that once I have bumblebee Installed, everything’s good already. I had no idea that I have to primusrun a package first.

This guide seems pretty easy to follow but I had an Issue before with bumblebee trying to set up Nvidia
It appears that bumblebee did not configure Nvidia for primusrun by default.

I mean, I tried to run primusrun for ppsspp but the applet in the notification area isn’t lighting up.

Then I see this Nvidia X Server Settings from my Launcher, after running it.
This showed up. 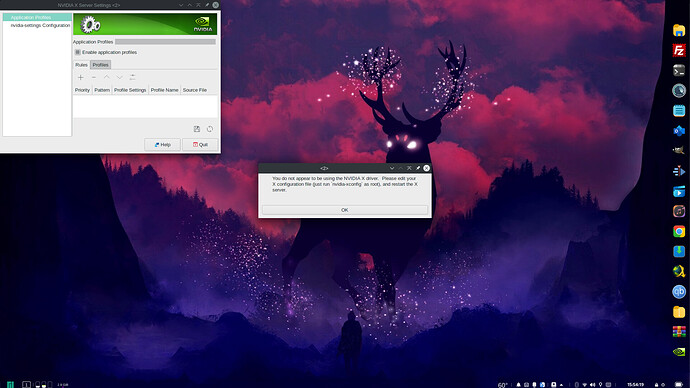 So I followed it, and did sudo nvidia-xconfig and then a conf has been generated in /etc/X11/xorg.conf

After restarting the laptop, My resolution went down to 860x640 and I can’t change it.
In the end I just renamed /etc/X11/xorg.conf to xorg.conf.backup and restarted again.

Now I’m back to zero

Does it appear that there is no driver for Nvidia according to this inxi?
Should I install Proprietary Drivers for Nvidia?

I just want to make my emulators use Nvidia.

I haven’t tried the official Proton lately, but when i switched to full Linux i had to install Proton-GE instead because some games couldn’t recognize a few keys of my French AZERTY keyboard.