How to enable Bootsplash and/or Silent boot on Manjaro XFCE for ARM on RPi4/400?

Hi, I am pretty much new to Manjaro and Linux world in general. I recently installed 64-bit Manjaro XFCE 20.10 on Raspberry Pi 4 and Pi 400 too.

Can anyone guide me how to enable Bootsplash and/or Silent boot, please?

I spent lot of time googling but everything I found refers to modifying GRUB which is not used on XFCE ARM, apparently.

I have no idea how a Raspberry is as i never used one, but…
You can use bootsplash-systemd in combination with a theme like bootsplash-theme-manjaro, which i use at moment also and is nice… 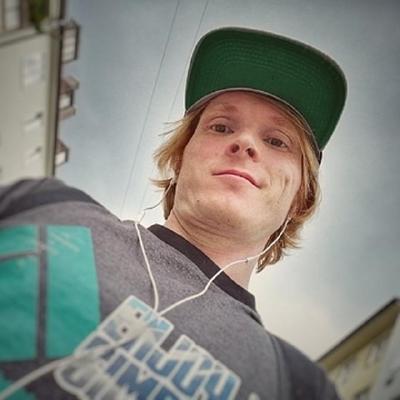 Kernel built-in bootsplash. Contribute to philmmanjaro/linux-bootsplash development by creating an account on GitHub.

Thank you, TriMoon. I followed the link but I still have no idea how to enable bootsplash. Can you advise?

Thanks again! The bootsplash-systemd and bootsplash-theme-manjaro are already included with Manjaro XFCE. Can you elaborate on the last point, please? I’ve warned you, I am a real Linux noob

The above mentioned bootsplash will not work on the rpi. In the first place the kernel has to be patched with 12 patches and it is not. We tried last year when bootsplash was added to the arm profiles. The raspberry pi plays by different set of rules.

I have tried off and on to mess with a bootsplash when I had time and got a background to work but something animated proved to be a problem. I never got back to messing with it again.

I personally do not like a bootsplash. I like to see what is going on when it is booting and I do too much testing and it would be a hindrance looking at a bootsplash trying to figure out what was going on. I would disable it the very first thing if it was on there.

Thanks @Darksky! Now I understand why I could not find any useful reference.

Is it possible to make the boot silent at least? If so, how exactly please?

Yes I did do that in one of my tests but have no clue what site the guide was at. I went through several guides and a lot of them were out of date.

Bootsplash won’t be in kernel 5.10 and above anyway, since the underlying tech in the kernel it uses is getting dropped. So it would be really hard to maintain going forward.

And as Darksky mentioned, we have tried it on the rpi4, but it seems it uses another form of framebuffer, so we didn’t get it going.

Bootsplash won’t be in kernel 5.10 and above anyway,

Does this only apply to the ARM kernels or all manjaro kernels?

Is it possible to make the boot silent at least? If so, how exactly please?

I guess the standard way of using the quite kernel parameter should work?

Can you elaborate on the last point, please? I’ve warned you, I am a real Linux noob

That depends on the bootloader used, for grub it should be in /etc/default/grub, for sd-boot it is inside the loader-entry config.

Does this only apply to the ARM kernels or all manjaro kernels?

As far as I know, all Kernels, not just Manjaro ones.
Manjaro is just one of the only distros actually using it.

That depends on the bootloader used, for grub it should be in /etc/default/grub , for sd-boot it is inside the loader-entry config

Unfortunately, my poor Linux knowledge doesn’t allow me to transfer that sentence to a specific action

I hope Manjaro/Arch keeps using it then.
The only other distro i noticed using a boot-splash was Suse indeed.

The plan is to use another form of bootsplash.