How to configure Huion h610 pro

I’ve got a new Huion h610 pro drawing tablet.
I looked up a in a few places, but couldn’t find up to date instructions that actually work.

I connected the tabled and opened Krita, and the pen works, but not the buttons.
Also, I have 3 screens, and I want the tablet to only cover a single screen.

I found two posts on reddit (can’t post links for some reason), both links use command xsetwacom which doesn’t exist on my machine. Am I missing a Wacom package?

Have a read here:

Hello and welcome, There is an AUR package. Don’t make yourself the life harder. You will need to install dkms package and linux kernel headers. In short, you have to run this commands in terminal: sudo pacman -Syu $(pacman -Qsq "^linux" | grep "^linux[0-9]*[-rt]*$" | awk '{print $1"-headers"}' ORS=' ') sudo pamcan -S dkms and then pamac build digimend-kernel-drivers-dkms-git Same deal if you use Pamac UI and install the packages manually. Once is done, reboot. Depending what DE you use…

Some important information from the archived forum is about the file /usr/share/X11/xorg.conf.d/50-huion.conf that should be
50-tablet.conf
Also it should be linked to /etc/X11 too

and the first section should be: 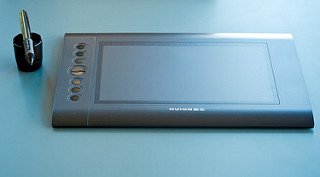 Very much depends also on what DE you are using. In KDE Plasma you can make use of kcm-wacomtablet settings that will also install the x86-input-wacom that has the xsetwacom included.

There is no reliable UI Settings in XFCE, except this 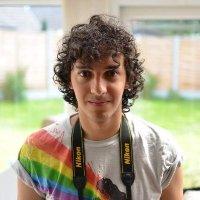 Python/PyQt Wacom GUI for KDE. Contribute to battlesnake/wacom-gui development by creating an account on GitHub.

that in fact is not reliable enough yet, just half way were it should be.

In Gnome you have the native settings, but, you might have to tweak some config files.

How to Configure Huion Graphic tablet?
Setting keybinds for Huion tablet?
Drawing tablet (ie. wacom) settings GUI in XFCE?
Does anyone have experience with XPPEN tablet drivers on Linux? Do they provide the same fuctionality as the Windows and MacOS ones?
Random logouts, possibly related to graphics tablet
[SOLVED] Drawpad is recognised as Game Controller instead of Touchpad
lightbulbil September 2, 2020, 3:18pm #3

For configuring the mapping between the tablet and the screen I used this: PTXConf

It has an AUR: ptxconf-git