There should be a fixed date or a fixed duration to release a new stable iso for Manjaro, like 1st day of every month or two months OR, between Day 1 to Day 5 of every month or two. The last official stable iso was released on 3rd Jan, 21. So it has been a long time since a new stable official iso has been released. If someone wants to install Manjaro now (with official isos) they have to use the old iso and have 2 go through a big update. So, it will be very helpful if u release officail isos in a timely manner.

Manjaro is not Ubuntu/Canonical with hundreds (more?) developpers dedicated to release isos at fixed dates.

Isos will be out when they have bandwidth for it. There were by ex lots of work concerning ARM.

Besides, there were recent updates in XFCE and KDE desktops versions. But as Gnome, the big 40 update is expected this month I believe. It would be a better option IMHO to release a new iso only after the 3 official editions have got new releases.

Finally, the isos are not so old. You can still build a fresh system from Architect.

There are these stable review ISOs :

but these are release previews 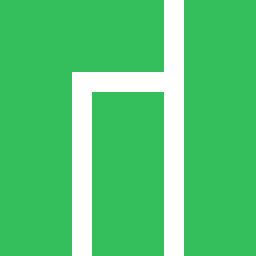 Monthly Review-ISOs for Manjaro Linux. Contribute to manjaro/release-review development by creating an account on GitHub.

I heard that architect is not being actively maintained r8 now

I don’t know for sure, but it still works fine. Don’t pick the ancient Architect iso, use instead the Architect launcher within any recent Manjaro iso.

…well, you are too smart to trust me, but maybe trust him.

…well, you are too smart to trust me, but maybe trust him .

I need official ISO with linux510

The website https://manjaro.org/ is still linking to OSDN. Will this change in future?

I need official ISO with linux510

No, final ISOs will be at OSDN as usual.

Yup…this is what I was saying

All isos include architect in it

As you already know, you can run architect in any Manjaro LiveISO or use the Architect ISO itself, which is much smaller.

The main difference about using an older architect ISO or using a newer architect ISO (or any LiveISO) is that the kernel you’re booting into the LiveISO can be different. This matters mainly for computers with hardware not compatible with the specific kernel.

The architect program/script itself will be the same though, since it updates itself. Which is why the current Architect ISO is 20.0.3, where as the others (GNOME, XFCE, KDE) are 20.2.1

Thank you very much for making it clear