Is that driver available for the (new) kernel?
Just off the top of my head and with a sandwich in my hand…

I don’t know…
I just cloned the linux514 from manjaro gitlab, added a patch and did makepkg -s

Does the patch have anything to do with i2c?

It seems it has errors in that case, but we can’t see it, since you only posted a small bit of the output.

Because that file saw a few changes this release.

I was talking about your patch. What source was it created against?

What you linked is not the kernel source. Just the buildscript to build the kernel.

How would you suggest I create a .patch from a github tag?

Anyway, I don’t see how that .patch correlates to the files associated in the error.

I don’t know. I can’t see what files has the errors, since the output you posted is very truncated.

To create a patch from a gitub branch, simply clone the github repo, and create the patch inside that, like you did with the one you have.

Looking into the diffs between 5.14 and master, I see no changes that would interfere with the patch. 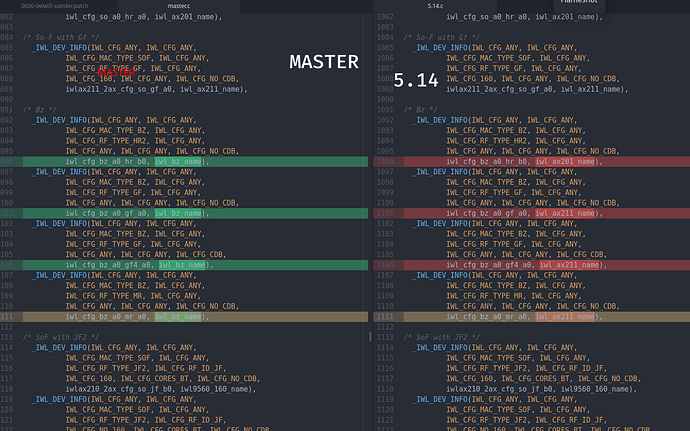 That package on Packages / Core / linux514 · GitLab does not build, by the way:

Consequently, not only the call to __read_overflow2 fails but the pendant __write__ovwerflow as well:

According to information I got from https://askubuntu.com/questions/1116971/instal-wifi-driver-in-ubuntu, this looks like there are still problems in some parts of the code although I got the news that kernel 5.14 has been released today.
As a very dirty workaround, it was suggested to set

before attempting to compile the kernel.