Thank you for this. Just a thought on my point:
I am a new Linux user. In my family I have to Windows User who saw me fighting with the update for three days until I installed anew. Thats why I ran Linux as a hobby on old hardware. Because it is expandable. I still love manjaro and the community, but I can´r really promote an OS, which would keep my son from gaming, and my wife from working.
“Then use newer hardware” you could think, but the first steps on a completely different OS for non techies will always be on old expandable hardware.

You miss the point of non techies, trying Linux for the first time. They will always begin with old expandable hardware. I thought manjaro wanted to be for the masses.

I don’t know what to say really. People that have old card and don’t have money to get new ones are screwed. Not to mention some laptop users.

Yes, that’s a problem. But money is not always the issue. Sometimes the hardware just works and is sufficient for what it’s being used. So, no reason to change at all. Trying another OS may be better for the wallet and the environment.

As mentioned before people who bought nvidia like me didn’t intend on running Linux on their gaming rig when they bought it. I myself was convinced by someone that game compatiblity had gotten good enough to use Linux I was then sold after seeing the lutris entry of the Star Wars mmo and the ratings on protondb. I didn’t even know nvidia made Linux drivers until I installed manjaro.

I didn’t even know exactly what GNU/Linux was when I bought my desktop and my notebook.

All though I think the team should have supported the lts kernels with legacy drivers Phil has given a really simple guide on how to compile yourself. A lot of other distros don’t offer nvidia support out of the box and you have to compile yourself.

Yes, that’s true. And the guide is really simple and helpful. However, Manjaro is supposed to be a distro that welcomes new users.

I have always pointed Manjaro, alongside distros like Ubuntu, Pop! OS and Linux Mint, for beginners looking for a simple to use system. Generally they’re leaving Windows 10 and their knowledge is extremely limited (they just click on buttons and that’s it). And many of them are going to try it on older systems, like @ratatosk said, looking for better performance or new experiences (or both).

Many loved Manjaro and its simplicity and told me nice impressions about their experience. However, having to manually compile drivers is something that would scare them away… They want a system to “enjoy the simplicity”… At least at the beginning, since they don’t even know exactly what GNU/Linux is all about.

Of course Manjaro is still fantastic and this problem is Nvidia’s fault. But it’s still a problem. And a serious one. Even considering the option to compile yourself, there’s a risk of losing a great number of users and potential users. 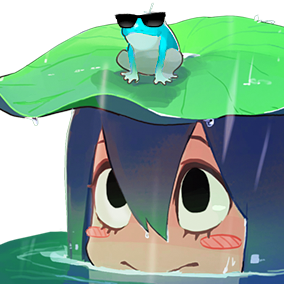 Some pkgbuilds and stuff. Please don't target release tags and always use current. The PKGBUILDs are meant to be retro-compatible. Kernels are the exception. - Tk-Glitch/PKGBUILDS 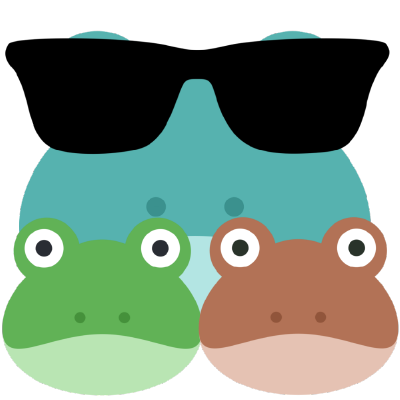 Nvidia driver 460 to 396 series AIO installer. Contribute to Frogging-Family/nvidia-all development by creating an account on GitHub.

The froggy install script is easy to set up and follow but after install how do we load the driver properly?

That is something that some less-experienced users who don’t really need the latest and greatest, don’t consider. They think they save time on a rolling distro because they don’t have to spend a few hours every few years reinstalling a new release (of a fixed release distro).

But they don’t consider that every time there is a problematic update in their rolling distro, it could take them hours or days to solve it. Or in your case, you had to reinstall anyway.

Ultimately, is spending a few hours every few years to install the new release of a non-rolling distro (you can always back up your data and settings first) really so time-consuming, if your normal updates require minimal attention and worry? The software may be conservative and older, but not everyone needs leading edge versions of standard applications. When the kernel/driver isn’t in danger of going EOL every few months, maybe there is less danger of incompatibility with your hardware?

I’m not discouraging people from Manjaro or other rolling distros, just that I do not ever recommend manjaro or arch based distros to total newcomers to Linux, unless they are prepared for a distro that may not always update properly with just 1 click of an update button.

This “save time not having to reinstall” argument may not be applicable for some users.

I have both rolling and fixed release distros on my machine accessing a shared data partition. Anything happens to one, I have others to work on.

What is the quality of the nouveau drivers?

admitting that nvidia and graphics drivers in general are a total mystery to me, I know that on my laptop davinci resolve just works fine with the nvidia 450xx driver. so if that gets dropped, I do have a unsolvable problem i think. and true also that i tried to avoid nvidia all my linux life, just davinci resolve forced me into it, so not manjaro to blame…

From an end user view point, it’s pretty much non-existent. I mean quality. This is a bit of exaggeration though, many devs and OS purists won’t agree with the above, but the amount of GPUs nouveau fails to work properly with is substantially bigger than the opposite. And I’m not blaming nouveau devs, no. There’s not so much one can do in this case without Nvidia itself.

So, the hard choice: go for an AMD GPU…

Good points. I learned the hard way. I already had black screens before, but they were residing in my failures. This is the first time it wasn’t my fault.

One thing you mist, is the otherwise perfect hardware supper from manjaro and the ability to get the most out of it. And thats what you need if you want to play some games i.e.

If you consider buying new hardware, leave out nvidia and you miss many problems.

Not a lot of cards based on AMD, I noticed.
(well, I only skimmed two webshops so far)…

Just to update, sorry if this has been mentioned, Nvidia a few days ago released a new stable 460 driver, and also updated their 390 series driver, to 141 I think. I’m assuming that both updates will work fine with 5.10 kernels, though I did not test.

I was stuck on 340 latest which left me on kernel 5.4, but it’s looking like the 340 and 304 series may now be EOL, this is particularly likely since in the past nvidia updates all its supported drivers for new kernels at the same time when they are going to do it. I’d say if there is no 340 and 304 driver updates in the coming week or two, that’s it for these. I’ve removed greater than kernel 5.4 support for these in a driver install program I maintain, and am assuming that this is it.

Since I did not feel like buying a new nvidia card for running a dual monitor non gaming desktop, I decided to give nouveau a try, and it worked fine. Actually I’m using modesetting now (you have to tell xorg.conf to use it explicitly or it will use nouveau), I am told that modesetting is getting more attention and love than nouveau. I see no particular issues at all using nouveau, it’s actually a relief to step off the nvidia driver update game permanently, and to be able to fully use my older cards, which means, my preferred use of computer hardware, until the part dies.

I’m running a very complex dual monitor setup, and it’s all totally fine, in fact, cpu use is significantly lower with noueau/modesetting than it was with nvidia 340, and I was also starting to see some other issues that were caused by 340, like vivaldi browser simply failing to work without a restart on wake from suspend or screen lock, that issue was immediately fixed with nouveau/modesetting.

nivdia has always maintained its drivers for a long time, and this is no exception, but they don’t maintain them forever. I used to track patches and add them to the graphics installer program, but I got tired of the grind, and don’t do that anymore.

My further guess is that nvidia is about to do a new legacy driver, it’s about time for them to do that, but that depends on their hardware changes, but it’s been very rare for them to only have one legacy driver, but I have not heard word of that yet. But my guess is it’s coming soon. It’s clear they are maintaining 390 since they just did a release of it, along with the new 460 series, which replaces 455.

Looked into buying a decent AMD GPU recently, but… ugh… all sold out. I guess it’ll be a while before they get stocks going again with the pandemic going on.

What is the quality of the nouveau drivers?

May be fine if you have a desktop and don’t perform graphically intensive activities.

I looked for answer for 3 days before I found this forum. Just installed the latest Nvidia driver (NVIDIA-Linux-x86_64-390.141) for my NVidia 410M card from nvidia website and it working like a charm.