DaVinci Resolve Does Not Open or Start

Has anyone reported that DR no longer opens or starts after the most recent update? Not a single reaction when clicked to open. The only other change I made was add more memory from 64 GB to 128 GB. It was working fine last week. The memory was added yesterday afternoon.

Should I wait for the next DV update?
Should I uninstall and reinstall?
Should I run a repair script that is already available?

Some AUR packages require a rebuild after a system update. No need to remove and reinstall, jut rebuild.

Thanks for your reply bogdancovaciu.

I hope that works for most users, but it didn’t work for me. The Panel and RAW Speed Test still work. 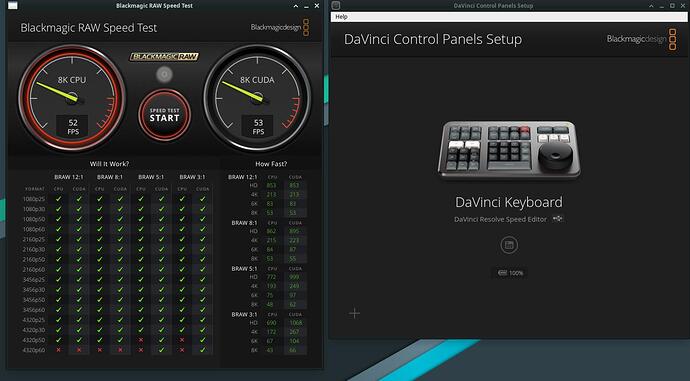 I am experiencing the same issue. I can run the two accessory apps but nothing happens when running resolve itself. I am On 17.4.4

I hope this awesome community can help us. I don’t mind uninstalling and reinstalling, but my gut feel is that may not work either. Then what?

I have tried a few times reinstalling, using the AUR version, and using the .run file directly. What was the last version that worked for you?

I switched to Manjaro from Windows literally today to I don’t have any experience with a working Resolve yet.

It’s kind of strange. First, you have to download the Linux version of Davinci Resolve from Blackmagic Design and put it in your download folder. Here’s the video. I’ll probably do this over the weekend, too.

How to install DaVinci Resolve in Manjaro It is actually the linux version of resolve that he downloads. Hopefully that clears things up a bit. But, I’ve tried this tutorial and I have the same issue. Hope it works for you.

I have the same issue on latest gnome.

Did you already uninstall and reinstall? Still didn’t work?

Let me update. It’s been a year since I ran through this process. Good catch.

I just did a build only using the Linux download. It still doesn’t work. It will not open.

Manjaro, is this a Black Magic issue or do you know yet? Any help is greatly appreciated.

I already had it running for a year straight using the method above.

This is output, any idea how to make it less confused?

You have AMD and NVIDIA GPUs. I am confused. Which one do you intend to use?

I did a rebuild and I also uninstalled and resintalled it. It still doesn’t run. I get the mouse cursor loading animation for a few moments but nothing after that.

Thank you. That did it.

radumitrescu, can you please list every step you took to get DR to open again? Whar install method and anything else that might help the rest of us.