I have Manjaro Gnome installed and would like to add additional a spell checking languages to LibreOffice (and also the whole OS if possible). I searched in forums and found this post suggested installing the according hunspell package for the desired language. I installed the hunspell language packs via pacman but in LibreOffice I still only have the spell checking options for English (US and UK).

Which language packs did you install?

Some of the Libre office packages must be downloaded from libreoffice web and installed as an extension - (or something like that).

I also tried that. Below you can see the screenshots of the LibreOffice settings and also the installed extensions. So I have German installed as a system wide language via hunspell-de and also the German LibreOffice extension, but still only en-GB and en-US is available as a proofing language. 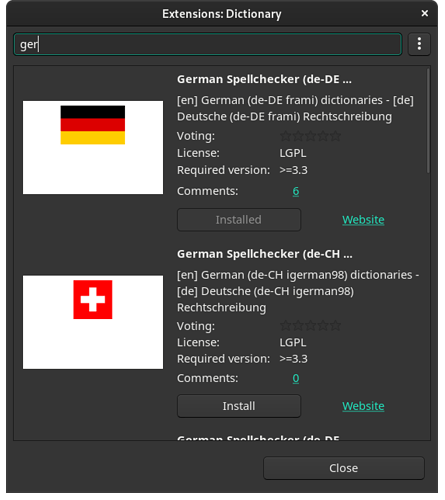 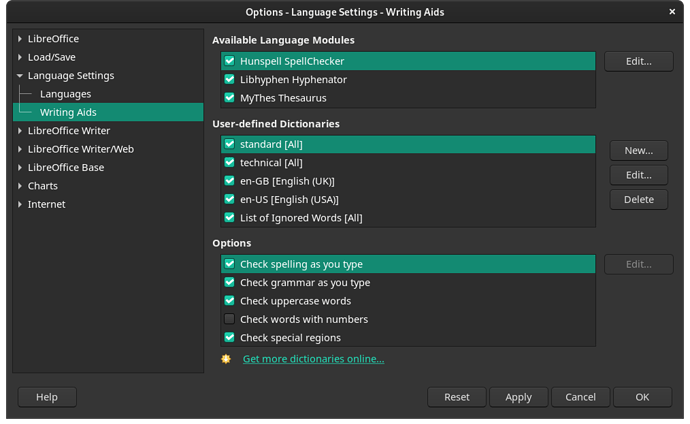