Youtube-dl received a DMCA takedown from Github by RIAA

Hello guys yesterday the youtube-dl repository on Github became unavailable due to DMCA takedown. You can read about it here. Will this affect the community repository on Manjaro? I d love to be able to install youtube-dl in the future.

The most sad part, besides a DMCA takedown it self is the media they claim it for:

Will this affect the community repository on Manjaro?

Technically, packages are usually built from source. If the source is not accessible, you can’t build the package.
Otherwise, the developer must provide the package, but it’s unlikely they would provide packages to all distributions…

Youtube-dl is a legitimate tool with a world of a lawful uses. Demanding its removal from Github is a disappointing and counterproductive move by the RIAA. https://t.co/VUbTokd4cP
2 Likes
freed00m October 24, 2020, 11:02am #4

Hopes there will be some unofficial repository that poopoo on this bogus DMCA claim building and hosting Arch Packages.

EDIT: hopes this will get resolved

Hi!
You have here an anternative
Youtube-dl alternative

Or a version without the copyright infringing links 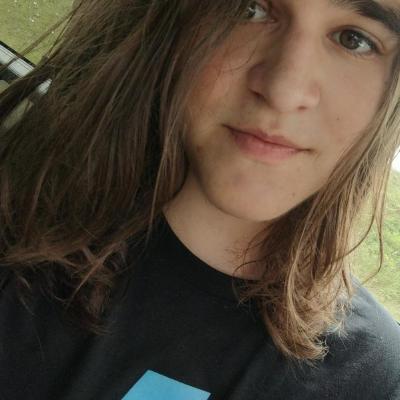 A copyright-respecting fork of youtube-dl. Contribute to l1ving/youtube-dl development by creating an account on GitHub.

The Streisand effect is a social phenomenon that occurs when an attempt to hide, remove, or censor information has the unintended consequence of further publicizing that information, often via the Internet. It is named after American entertainer Barbra Streisand, whose attempt to suppress the California Coastal Records Project's photograph of her residence in Malibu, California, taken to document California coastal erosion, inadvertently drew further attention to it in 2003. Attempts to suppr...

Sigh. That’s really annoying. But if they thought that taking down the github repo would stop people from using or accessing it through other places then they clearly don’t know how the internet works.

without the copyright infringing links

What does that even mean?

How much implementations of youtube video downloader humanity can make if there is need? I think way more than anyone could ban due to DMCA.

The real issue here isnt actually the links … its the whole technology (how it ‘circumvents’ proprietary protections), and how bad that law works.

See this part of the document:

Anticircumvention Violation. We also note that the provision or trafficking of the source code violates 17 USC §§1201(a)(2) and 1201(b)(1). The source code is a technology primarily designed or produced for the purpose of, and marketed for, circumventing a technological measure that effectively controls access to copyrighted sound recordings on YouTube, including copyrighted sound recordings owned by our members. For further context, please see the attached court decision from the Hamburg Regional Court that describes the technological measure at issue (known as YouTube’s “rolling cipher”) , and the court’s determination that the technology employed by YouTube is an effective technical measure within the meaning of EU

People use youtube-dl mostly for offline use in places they won’t be able to access YouTube anyway.

What does that even mean?

It means that the examples in code - qualify as copyrighted content.

My personal opinion is - you should always respect copyright.

When you place content on a public accessible media - then a lot of people will watch/hear the content - and this is the purpose - right?

So what is the whole point of making it harder to view public available content?

The members should not make their media available if they don’t want it viewed/heard.

how it ‘circumvents’ proprietary protections

Mind the fact that the proprietary protections are in place so the owner of Youtube can stop playing the media and place ads whenever they like.

So the mixin of these proprietary measures seems to be a weak attempt to make a case for their members while at the same time pretending those measures are in place to protect their members copyright - which I don’t think is what the owner of Youtube has in mind.

The python source code is public domain and nothing but specialized web browser which can be used to play/view material/content which has been made publicly available on Youtube.

2020-10-25T07:37:00Z
CLARIFICATION: With the words python source code I am referring to the source code of the youtube-dl project.

The python source code is public domain and nothing but specialized web browser which can be used to play/view material/content which has been made publicly available on Youtube.

For me, for a long time, this has been the essence of the internet and open source: you cannot make any assumptions about the user agent. This is kinda echoed by the robustness principle: Be conservative in what you send, be liberal in what you accept.

This is why DRM is such a scourge: it breaks the ability of the user agent to do things the way the developer or end-user of the user agent envision… or need. “Need” as in assistive technology needed to make content accessible for someone with a disability.

And since time and again it has been demonstrated that DRM gets broken, it got legislated, illustrating that in order to make obscene amounts of money, you must make the lives of (a certain set of) people miserable.

How awesome would it be if there was an open ecosystem where you could access all the video content out there through one unified interface of the user agent of your choice and pay for it? Would some people game the system and not pay? Sure, just like now. Would most people enjoy the simplicity and choice on offer and pay? That would be my guess. I would.

Is suppose RIAA may also target search engine companies that allow full playback of videos within their search results, and then go after the screen recorders that record the screen and audio in high quality, and then any person who dare sing in public, not as a performance but just going down the street. Oh, and those singing in the shower with a window open.

I forsee a ban on PC’s and open-source software as a whole if you follow their train of mind, because anyone has the ability to create software that bypasses technological measures that effectively controls access to copyrighted materials.

Anyway, what you expect from M$ oops i mean GitHub

(Just an example why people are running off to GitLab)

r/programming - Someone replaced the Github DMCA repo with youtube-dl, literally

r/youtubedl - youtube-dl source encoded as a couple of images

This one looks promising: GitHub - blackjack4494/yt-dlc .
On Reddit i read that exists since long time.
Currently the last release of the old banned youtube-dl is 2020.09.20.
The one from the mentioned Github’s repo instead, is at 2020.10.26 (today) with recent bug fixes.

So what is the whole point of making it harder to view public available content?

The purpose is to sell commercials and mine user data on Youtube.
But I think most people download videos with a browser addon if at all.

While this seems extremely unfair and I think they are just flexing some muscle on a Law that is abusive. As such I do not respect those laws that are US based and do not have worldwide reach. Therefore, maybe Manjaro should have a repository it uses… or add one, which is OFFSHORE where it is out of reach of US lawyers that are more than abusive.