Wine is messed up, and after some reading, the version 510 of the NVIDIA driver doesn’t like Wine.
I tried sudo downgrade linux515-nvidia and got:

So I’ve got: nvidia-utils, nvidia-prime… can’t be bothered to type: 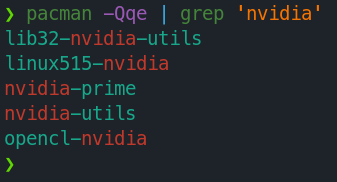 So how do I do it?
Thanks

the version 510 of the NVIDIA driver doesn’t like Wine

Not sure what that means. I have a software that uses it just fine 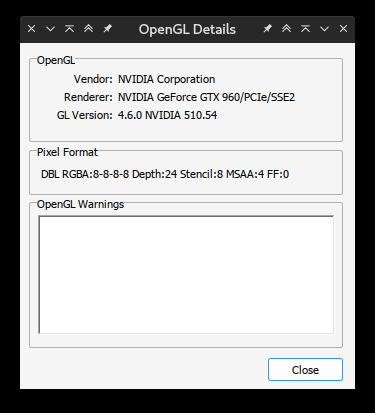 Do you use the environment variable
export WINEARCH=win64
or is just as it came after install?

Not sure what that means. I have a software that uses it just fine

My GPU (GeForce 920MX) + version 510 of the NVIDIA driver doesn’t like wine (it was working until I updated it.)

or is just as it came after install?

Someone’s probably going to ask:
Define "messed up".
Answer:
When running applications, I get:

Which crashes the application.

You can try to add it to your .bash_profile.
export WINEARCH=win64
Log out and back in.

The thing is MHWD should have installed the video-hybrid-intel-nvidia-prime for your laptop, and not the video-nvidia
so, wine should use the prime-run … same as this

Both issues were fixed by updating uninstalling all nVidia packages and installing the new nVidia drivier (v 495) Also, in hybrid mode you have to run DR prime-run: prime-run /opt/resolve/bin/resolve

I wanted to update but the post was closed: that isn’t necessary. That’s not true, prime-run is needed, but running Wine with it doesn’t fix the problem.

The thing is MHWD should have installed the video-hybrid-intel-nvidia-prime for your laptop, and not the video-nvidia 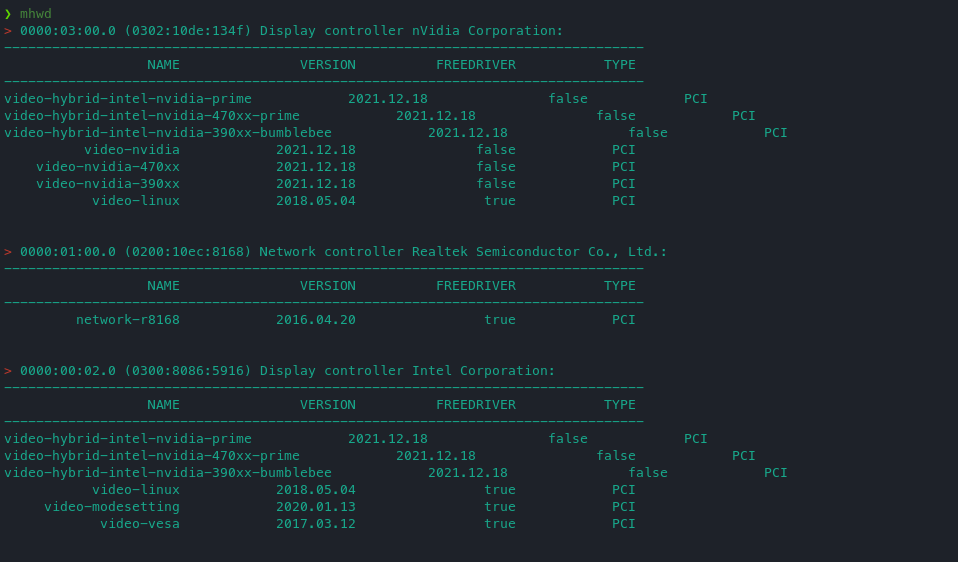 You can try to add it to your .bash_profile.
export WINEARCH=win64
Log out and back in.

Also didn’t work, no idea why I even tried it…

Driver Version: 470 doesn’t work, I get the same error

Plasma compositor does not work with OpenGl in hybrid mode

And DaVinci Resolve doesn’t recognise the GPU, it’s the same version that I had then

Isn’t there a way to install version 495?
Sorry for being so annoying, please don’t slap me

Yeah, that is why you should always run the latest supported driver by the system and for your GPU.
To me, that means there is something else with your wine config that is off.
If in doubt, use Play On Linux, create different wine prefixes, either 32 or 64 bit installers and test them out. You can remove them if not working, also you can backup them, set fixed wine versions …

Isn’t there a way to install version 495?

I would have mentioned it. That driver became the 510 one … There is always a way to manually fiddle things from older sources. Is not worth the effort.

To me, that means there is something else with your wine config that is off.

Okay, I’ll go back to 510 and look for another solution.

I edited your comment. Please do not mention in the forum information that goes against this forum rule
https://wiki.manjaro.org/index.php/Forum_Rules#Legality

Okay, sorry about that.
It turned out that the error only happens with specific applications when they call specific…methods, or functions I guess…
i.e. some apps work flawlessly, and some work until I press button x, and some crash while starting up.

I found the method/function it was calling and causing it to crash, two lines before

I fixed it by removing and recreating the prefix, then re-installing wine, the changing the windows version from Windows 7 to Windows 10.
I think that changing the Windows version was what solved it.
Thank you @bogdancovaciu for your time, patience and help.

In case anyone wants to know how they can download the older drivers, you can get it from the NVIDIA drivers website, and v495 is listed there.