Wifi Not Working After Update

I have a desktop with a wifi adapter so that I can get wifi. For that to work I installed the rtl8812cu driver from AUR. With the latest update, after rebooting, the wifi adapter doesn’t work anymore. That’s because the linux headers have been updated I believe and the driver needs to be rebuilt against those headers.

The problem is that in order to rebuild a internet connection is required. And I don’t have that because the wifi adapter is not working. The only way to do it is to pick the desktop and the monitor and find the nearest Ethernet connection which is an absolute pain in the ass.

My question is: is there a way for the update process to know that driver X needs to be rebuilt and it rebuilds it as part of the list of tasks it does?

you need to reinstall the driver , after every kernel update or you can use dkms:

check the driver is there, use terminal

Is this something possible to do straight after the update without rebooting? Or do I need to reboot and then do the dkms install command? And does this command need an internet connection? If it does then the latter will not work.

And back to my main question: why can’t the update process do this?

Also when I do dkms status I get nothing even though I have installed the driver again.

Install the driver with DKMS so it is rebuilt automatically as already said.

Also always provide your system info when asking for support. Give all terminal output too when you run commands so we can see what is going on.

I installed it via the GUI installer by enabling AUR.

I suppose what you’re saying is that I should install it via dkms rather than using the GUI.

The driver for rtl8821cu seems to be in the AUR, like you said:

But it is recommended you install thee dkms version, since that’ll survive kernel rebuilds. So, install it with:

That just broke it again because I have kernel version 5.15 running and I haven’t got 5.4 installed which is what that command is trying to build that driver against. No WIFI again so now I have to pick the damn desktop and monitor again to the nearest Ethernet connection

Do I really need to drop down to 5.4 just to survive kernel rebuilds???

OK, it shouldn’t want to build it for 5.4. So it seems you have some remnants remaining…if you used 5.4 before. If you want to try and fix this, please provide the output for

That’ll show you which kernels are installed.

I can’t install 5.4 because I have no WIFI now.

You can ignore what I wrote and continue not giving proper information but this is not going far if you keep everything a secret.

Where is the terminal output? Where is your system information?

Without giving information, we have to guess from your subjective thoughts. I see a reference to 5.4 in the PKGBUILD but this is not the kernel, this is the driver version. So without information the next reply was about the kernel and things around the kernel, but was the issue about that? We don’t know, and it is a waste of time for everyone. Because people think about and reply thing that may be completely off, you will try thing that may be completely off, you will seek information requested about things completely off, and so on, when maybe the issue is something else, like maybe as the last comment of the AUR package says:

You need to uninstall the package and then reinstall it. It will then compile, but there is still the message “Deprecated feature: REMAKE_INITRD”.

I can’t help if it is a guess game and my messages are ignored.

If the machine has no internet you can still share text (you now, copy/pasting, thumbdrive, things like that), but anyway, if the machine has no internet, then how did you try what has been suggested by Mirdarthos? I never downloaded and installed AUR package without internet. So plug the computer to an ethernet cable, it’s not like you have a choice (there are possibilities but it seems we don’t need to add a layer of complexity on top of that). 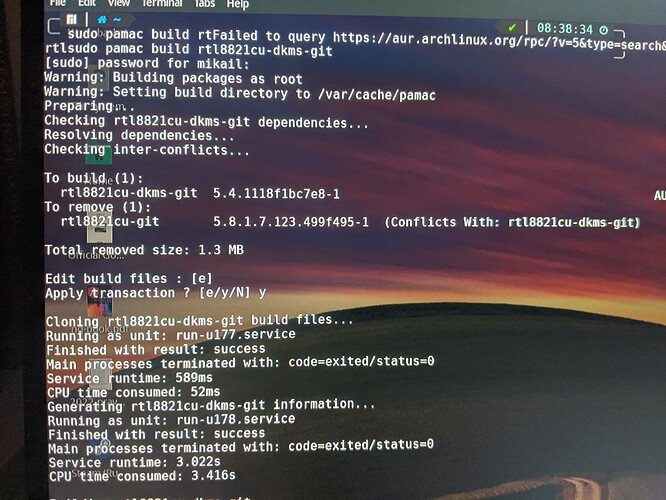 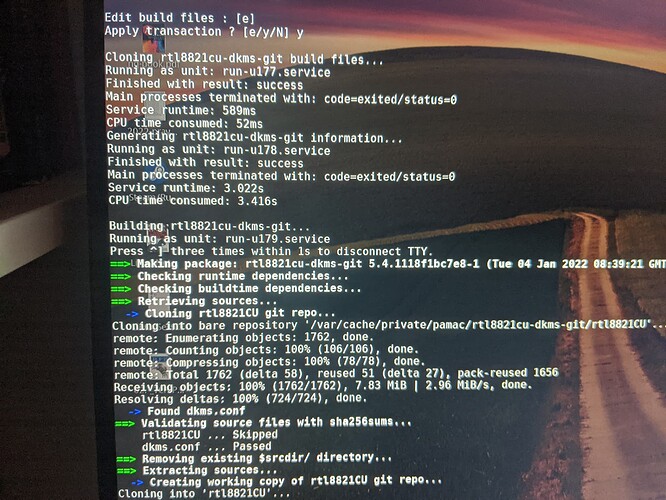 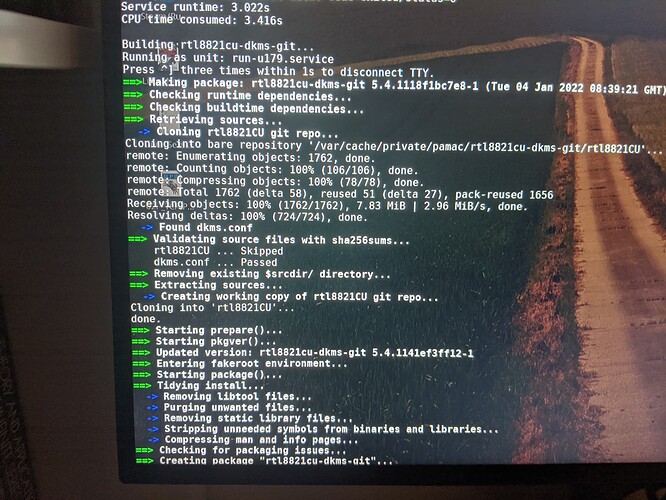 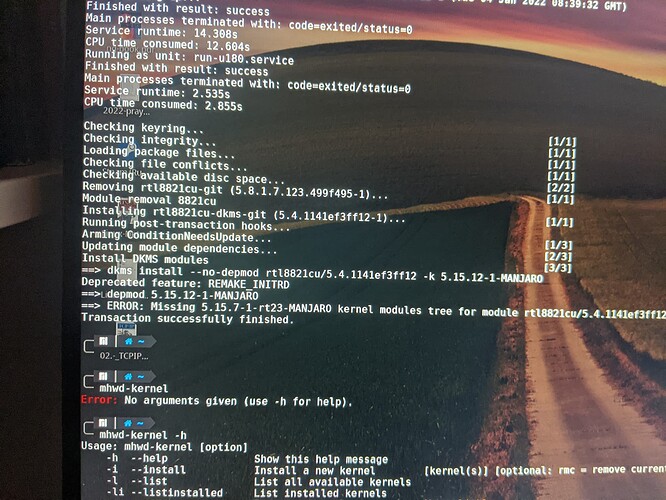 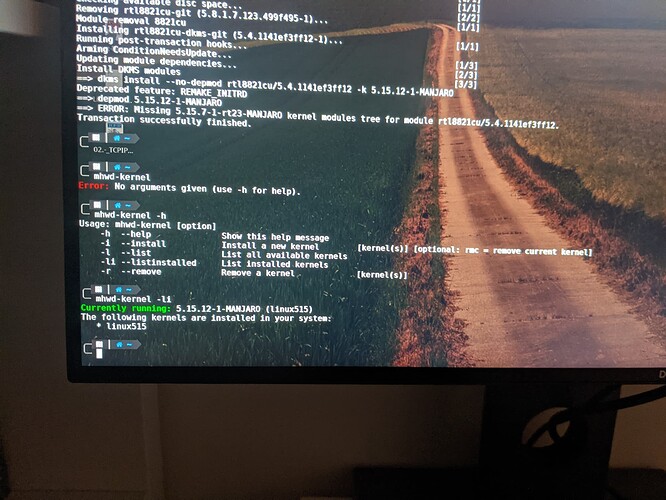 That’s the best I can do - take phots

but I see the problem. You neesd your kernel headers (and the 5.4 had nothing to do with kernel, it is the driver version as I guessed previously, hence my rant about not giving proper information because it went where I thought it was going, in the wrong direction).

Here is the relevant error at the end:

Install your kernel headers, and try again (you need internet, apparently you already had downloaded this DKMS package from AUR before and probably still had the files in the cache)

BRILLIANT! Thanks a million mate, that worked!

So going forward, any update to the kernel will automatically rebuild this driver?

That’s the theory behind DKMS (I mean that’s exactly what it is for, it rebuilds packages when needed). I have seen issues in the past though, but the day you have issue then come back here and ask

You should be good for now, and anyway at some point WIFI drivers should be added to the kernel I guess.