Why version naming becoming more and more complex? What a reasons to increase its complexity?

What that package is dedicated for:

What the hell is going on with version naming? It became more and more less systematized, less ordered. Plus signs, a few pluses, build number via dot(s). What’s next? When someone adds an emoji into version name? What tasks does it solve, which not covered by semver?

here is a git package: release + patch in git repo
release+kde+(more)commitCount
it’s not a problem, all this is the version (parse what ? [epoch:]all before last “-” is version)
as here release+commitCount+lastCommitID

parse for compare version ? exists alpm.vercmp(), is you not use C, it’s easy to rewrite in other language and command vercmp in pacman package

That means it’s a temporary overlay on top of the Arch package. When Arch updates even just the pkgrel say to 2, we’ll know there’s a newer version and either remove our overlay or update ours accordingly.

EDIT: It’s a potential fix for this upstream issue:

## The bug After upgrading from 1.1.7-1 logging in through sddm with plasma W…ayland session selected, the desktop is fully missing. The cursor is visible and can be moved, and moving it to the top-left corner displays the blue desktop switching indicator, but no other visual elements are present and no applications can be started. ## Reproducing the bug OS - Archlinux Install SDDM, plasma-desktop and nvidia-dkms. Downgrade egl-wayland to ver1.1.7-1 and reboot. This time the desktop works. Upgrade egl-wayland to ver1.1.8-1, reboot and this time the above described will happen. Haven't checked how to debug this yet, any help would be appreciated!

Please edit your topic title to be more clear and concise.

Upgrading from beta (rcX) to release version auto-interpreted as downgrade.

OK, we checked regarding linux515, package versioning. Seems to be correct. We will release a 5.15.0 update to fix this, including some fixes to compile some more extramodules … 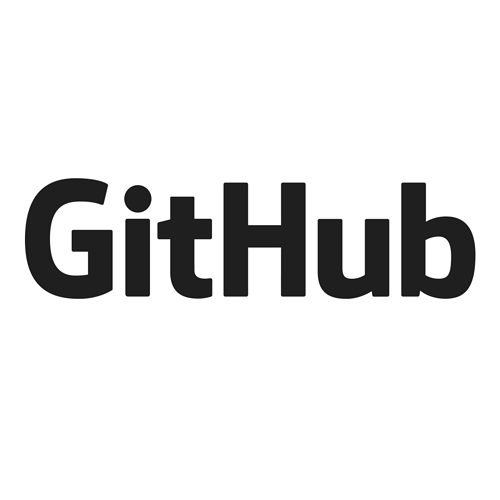 GitHub is where people build software. More than 73 million people use GitHub to discover, fork, and contribute to over 200 million projects.

In human-only related descriptions logs that could be shortened as any v6, 6, or Pacman Home Page :

but not in tech info of a package specs, which has strong(er) semantics of versioning and designed to be as much easy as could be, but in the same time to classify all changes which got a package.

Generally the topic was started by me probably in inappropriate place: if versioning inherits from Arch, and probably Arch inherits it from external source, it is global problem and not related to the single package (where I can submit an issue report to) but I see several packages of different developer (or developer groups) which has that lack.

So that topic is mostly off-topic: upstream lacks.

in this example the kde should be in the name of a package, not in version of course.
The first versioning edit should be at least

cause kde is not a version, it is a type of a package: it will never be updated from a 5.15.2+kde to a 5.16.0+gnome, so the kde is a version unrelated group, but erroneously present in a version field.
thanks god we do not have a

The r is revision? By the MAJOR.MINOR.PATCH semver it is the PATCH. Why not to increase the PATCH, why to add r instead?

Why r goes after +? what means plus, Where it’s place in already present . and - hierarchy?

For the git packages I understand why lastCommitID but why it needs the commitCount also?
Why any small groups of commits does not increase the PATCH of a package if you are patching an app? 55 commits w/o a patch increase? It is crazy.
By git basics the development process goes not in a master, so developer can do any count of commits to do a complete patch of some functionality, but after the patching done and merging with the master branch is done, the PATCH number should be increased, no any +r55 to add - is it redundant, the PATCH filed is for that. I see only that me or a developer did not undetstand the semver and trying to add redundant sections of versioning which duplicated an already existed ones.

That means it’s a temporary overlay on top of the Arch package.

Yeah, that’s overlays was not covered by semver. semver is intended to be used for initial developer releases. That how why I understand a “build”/overlay number.

While we see that my topic mostly addressed to upstream version naming, I ask Manjaro team to be closer to version naming standard(s?) as much as we can do it: it is not a suggestion to convert qt5-wayland 5.15.2+kde+r30-1 comes from upstream to a bit more properly named of qt5-wayland-kde 5.15.2+r30-1, but it is am ask to do not add an redundant version groups/garbage on our side.
That’ to only point I want to ask Manjaro team.

Yeah, globally present naming issues I should discuss in global forums, not on a specific OS forums.
My fault to issue the global software related topic here.

But thank you for listening to me and that you did fixes related to Manjaro side!

You should probably discuss that with the kernel guys

For first release of a new kernel series, they always omit the .0

For first release of a new kernel series, they always omit the .0

It is the omit for a human-readable descriptions like https://www.kernel.org/ or git’s badges/tags like Release v5.15 · torvalds/linux · GitHub or is it somewhere inside of the kernel’s code also, which makes some system calls for example uname -r to show only shortened 5.15?

If only in description, it is a simplification for a human reader only, and has nothing to do with technical specs.

Yeah, generally we see that most issues I touch comes from upstream, and if Manjaro team goes against the upstream kernel versioning issues like 5.15 to make a proper semantic fix to 5.15.0 I can only be glad so much that the team fixes it.

I meant the kernel homepage (but yes, they also do it with their git tags).
In their makefile they have: