Opened a terminal and entered:

And it won’t d/l as it requires apt-get

Edited the sh after d/l it with got clone and changed apt-get to pacman.

OK so after I install all the files Ivan how much of this can I trash and still run the sh file to do the other portion of the install?

This script is in AUR AUR (en) - argonone-git

Lol I missed that. TY! Clearly its past my bedtime.

I guess that sounds reasonable

Enabling UART 1 in /boot/config.text give me a kernel startup panic

Is necessary for the fan in Debian but is causing a kernel panic on my manjaro mate arm install. 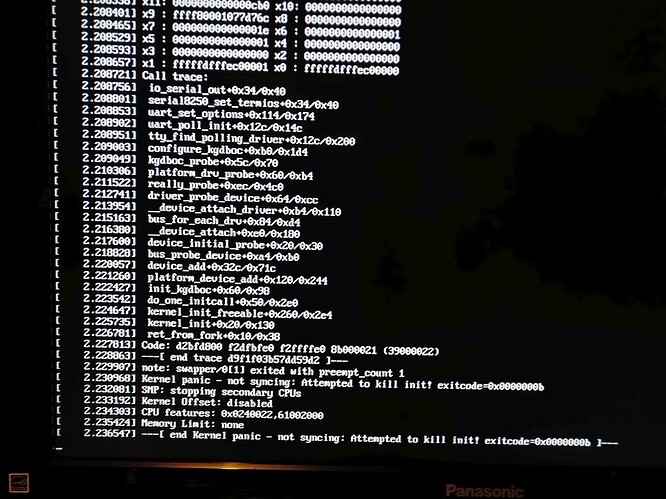 Maybe the one written in C works? But differently. Why uart=1 causes kernel panic?

Personally, I much prefer the argonone-c-git package. I dislike dealing with the python gpio package.
You can configure it like:
$ sudo nano /boot/config.txt

You can check the settings or change them while running:
$ argonone-cli -d

Edit: There is a chance the python gpio package will get updated after Debian 11 is released, but don’t hold your breath.

@0n0w1c created a startup command in mate to set cooling to 50 degrees before finally going to bed. I’ll refine this some more in a bit. TY for those commands.

Make sure to “commit” that change, for it to take effect:

Can I make one long command by putting && between them? I just added a -r after 50. That seems to work.

TY for the tip

I have not explored the possibilities of interactively adjusting the settings, but I would expect using && would work. I just set it in the config.txt. I have yet to have the RPi4 throttle even without the fan, just using the passive cooling of the Argon One case. Without the fan, my case has become warm enough (with the M.2 SSD) to make the sticky stuff for the rubber feet soft and the feet moved while building a kernel. My case sits on a slight incline. So I feel better with the fan running.

In /boot/config.text but it doesn’t seem to take.

And I can see it in effect when I do

I made a cooldown.sh file and chmodded it and used that as the startup file and it won’t work but if I do

sh ./cooldown.sh into a terminal I can see the effect with the -d command

You caused me to look at the gitlab page, I did not know about the cooldown option. The developer has done some work since the previous update of the package. It now has new options, even for missing gpiomem and the vcio… very interesting.

It looks like cooldown is only interactive, or he has not yet documented how to set it in config.txt. Your guess would have been my guess, to get it to work from config.txt

No matter what I try it won’t autostart at login. Will only run when entered into a terminal

Maybe it has to be activated after some other process. Try putting a sleep in the script say @10 seconds before the script is run.

The argonone daemon starts before X loads, so there should not be a timing issue with autostarting. So likely, either the .desktop fails to execute or it fails to execute properly. The daemon creates a fairly detailed log of everything it does: /var/log/argononed.log

Ah, that makes sense, and it explains why it is not set from config.txt.