What's going on with the Manjaro attacks on youtube?

I’ve been using Manjaro constantly ever since I switched to Linux. That’s now about 2.5 years. I’ve never had anything except minor problems (very minor). It’s been rock solid since first install. Updates are always fine. Unlike when I was on windows, not once have I been prevented from getting something done because my operating system had decided to break.

So why have I now seen various videos on youtube criticising (gently attacking) Manjaro. I don’t go looking for these. I do watch some linux videos from time to time so youtube has put these in my feed.

What I’m seeing is Manjaro getting attacked. for what seems to me to be small things, and Fedora getting talked up and up. I tried Fedora on another partition. Unlike Manjaro I had lots of problems with it. For example, it didn’t want to work with my motherboard’s sound card. My experience with Fedora has been that you have to do lots to make it work. My experience with Manjaro, on two totally different computers, is that it recognises all the hardware and just works.

So what do people think is going on. Is it just in fashion to talk up Fedora and attack Manjaro?

I don’t go looking for these.

There is an algorithm in the background which feeds you more of the same - if you are logged in anyway.

and: that’s just how people are - they seem to like bashing their favorite enemy …
and it pays as well - views generate clicks, generate income …

Anyone who knows anything about the Linux ecosystem will tell you that the best opinion is “the best distro is the one that works for you”; any other advice is… selling clicks.

Youtube will have a long wait for me to log in. I don’t have a google account and never will have. However, you are right. They are getting me on cookies and feeding me more on subjects that I’ve shown an interest in before, until I clear them.

Yeah, that’s kind of what I was thinking might be involved.

“I want lots of views on my new crappy video. Let’s try to create drama where there is none.”

Anyway, they are starting to get right on my tits !!

I’m a non-technical user compared to many of you here. I do use the terminal for things, and run a couple of linodes, but my tech knowledge is at the noob level compared to stuff I read on here and elsewhere. But since I started on manjaro I’ve installed whatever I want from the aur (a lot of stuff) and never ever had anything go wrong. EVER!

So why have I now seen various videos on youtube criticising (gently attacking) Manjaro.

That actually started some years ago, since Manjaro got popular enough.

“…since Manjaro got popular enough.” I used Chakra for a couple of years and no one ever made a video saying why it was so bad. The advantage of being low down the popularity list

If you use Youtube much you will notice that there are people who relish the opportunity to talk down popular subjects. Makes them feel ‘individual’ and ‘smart’. Happens a lot on such places as Comments sections of various web sites such as news channels etc. 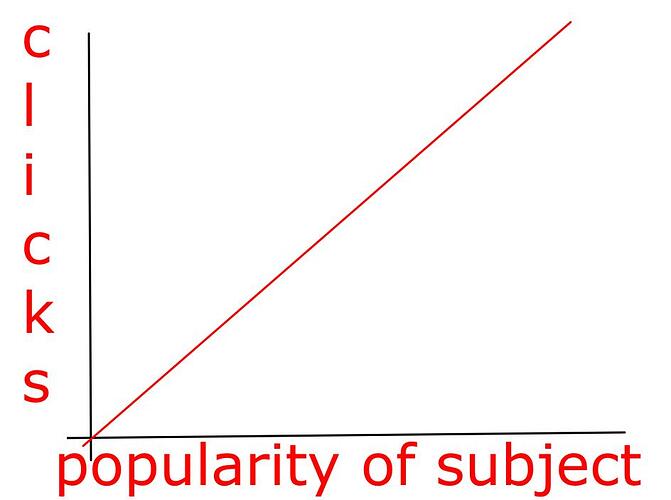 This has been discussed before. #non-technical-questions is not the place for it. Either #member-hub for TL2 users or our unofficial subreddit are much more appropriate.