What is a "bin" program?

I often see programs in AUR that have “bin” appended to the end of their name. Many times, there is a regular version of the program and a “bin” version.
What does the “bin” mean, in this context?
For instance, my screenshot shows two versions of Microsoft Edge browser. The first a regular version, which I installed by git-clone, and the second is “bin”, offered in AUR. Which version would you recommend? 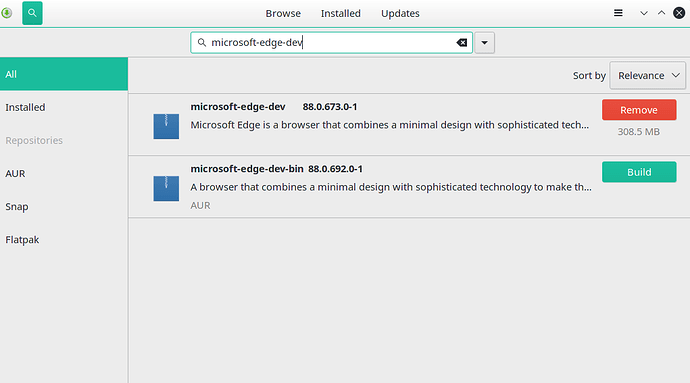 Bin indicates it’s a binary, that’s been packaged. So the package does not build the software from source when you install it, like it would with other packages from AUR.