What happened to Pamac gui?

Opened the lid on my laptop after sleep and all of a sudden Pamac looks like this with fonts extremely jagged. No updates, no nothing and no other applications affected. 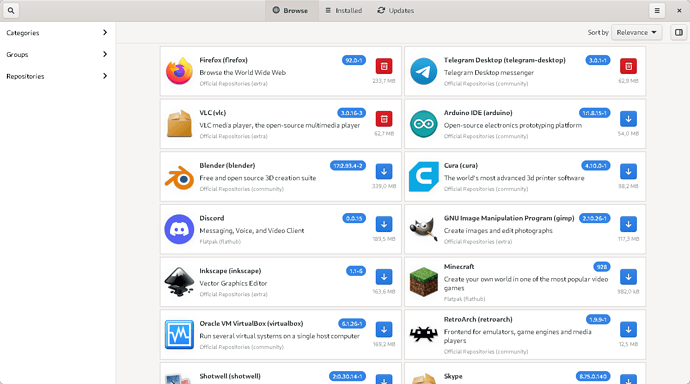 The GTK_USE_PORTAL variable has nothing to do with font rendering. It defines whether GTK-based applications running in a Qt-based environment like KDE Plasma use the GTK-native file open/save dialog or whether they use the one native to Qt/Plasma.

The issue was most likely caused by a corruption of your video memory buffer when you put the system to sleep, and perhaps the fact that you were faffing around with the settings reloaded the buffer.

Also bear in mind that static interference, magnetic fields and cosmic radiation can all do the same thing. It is even possible for any of these factors to affect the physical monitor ─ i.e. not the video buffer but the actual TFT matrix, or even the cathode ray tube in older monitors.