Wayland is still very much a work in progress, and although available in Manjaro for testing purposes ─ and being used by default in combination with GNOME in a few other distributions ─ you should consider it an unfinished (and buggy) product.

If you want full productivity and functionality, then my advice would be to stick to plain old (but tried and tested) X.org.

I have been testing and almost everything is working as expected. The only problem that is in plasma is when gaming I can not change the task sometimes( some random bug) because now I am gaming and I can write here. Apart from this, I have been able to put GTK_USE_PORTAL=0 in every gtk wayland app and… the fonts are rendered well. So… why GTK_USE_PORTAL=1 in plasma or manjaro in general?
it’s what makes firefox looks so ugly, and for example pamac update etc. why to enable this env if it makes plasma wayland be so ugly?

Because without it, GTK apps use the GTK-based 'file open/save" dialogs instead of the Plasma-native ones. 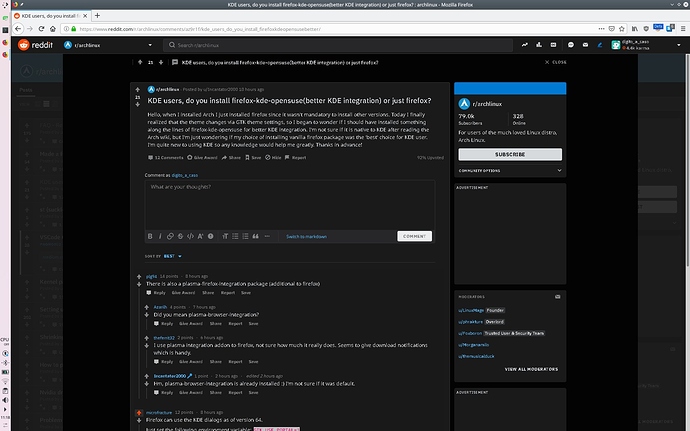 
I found this, but when I try to install gtk portals the gnome keyring is a dependency… is it not weird?
EDIT: firefox is fixed and everything has the fonts like it should I think.
pezglobo November 24, 2020, 10:05pm #6

I have been testing on wayland. I can tell that klipper is failing sometimes, and another thing that is not working good at all is that Portals is not being used. I mean, the things opened from firefox are gtk not plasma 5 ones for example. So gtk_portals=1 or 0 doesn’t make sense here in wayland