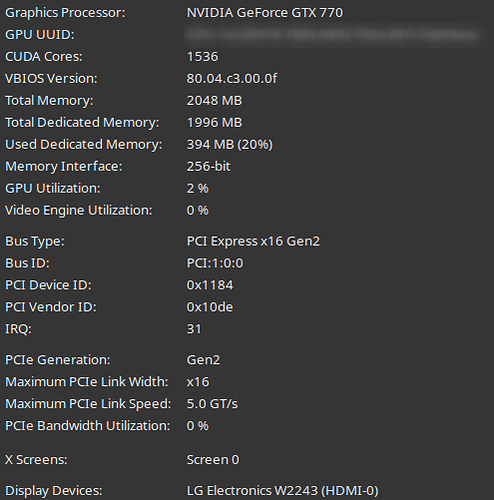 What happens:
A cursor on a black screen after login into Wayland session. Then gets back to SDDM

I’ve looked into several topics and don’t remember everything I did. But I finally got my system broken and had to undo everything over tty.

Might be helpful: Manjaro Gnome worked out of box on both Wayland and Xorg

Is there any good DE which not conflicts with Plasma and preferes Wayland ? If everybody is fed up with such issues here I’ll go this way…

Make sure that all required packages to run wayland are installed, then you can log in the wayland session, but it will not work as you might want and there are plenty of issues.

That should be in /etc/grub

that should be in /etc/mkinitcpio.conf

Have you done that?

I did that all, except my grub file is in /etc/default directory. I’m pretty sure these options have been applied as the startup changed slightly. I installed Sway yesterday and it also stucks.

Followed SDDM archwiki. SDDM launches, but not sure it launches on Wayland. Also played with kwin_wayland command, it prints some errors: 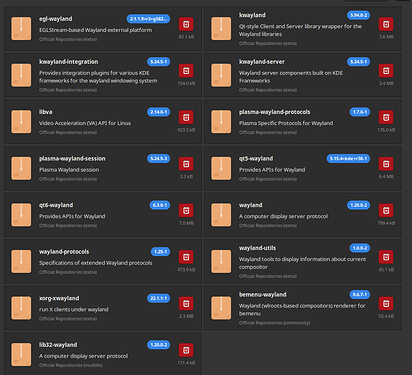 Is there any good DE which not conflicts with Plasma and preferes Wayland ?

Why do you insist on using Wayland? If you want stability, go with X11.

Wayland is experimental and not ready for prime time yet. GNOME is the only platform that fully supports it, Plasma has only experimental Wayland support, and XFCE doesn’t even support it at all.