Watchdog did not stop - How to revert blacklist.conf?

I was having the issue related to long time waiting to shutdown or restart the system associated with the message “Watchdog did not stop” so looking to the forum for help I found some threads with indication to a fix the issue as indicated below:

Besides the message “Watchdog did not stop” didn’t’ show anymore, the long time remains the same, so I decided to revert the setting deleting the file backlist.conf, but when my system boot it still call the file witch suggest I didn’t made it in the right way. See attached image.

What is the right way to remove the blacklist.conf and the changes it made on the system? 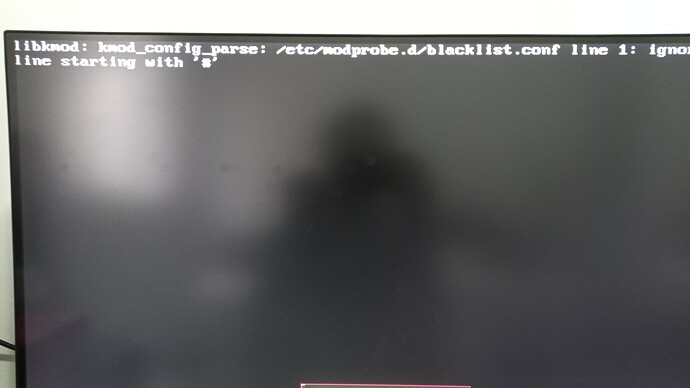 Remove watchdog.conf or whatever you named the conf file. Also remove the nowatchdog kernel boot parameter from GRUB, assuming you are using GRUB. Then sudo update-grub.

none of proposed actions were able to remove the message during the boot.

If you still have a file called blacklist.conf, can you post the contents of that file? It seems like you have a bad line in there somewhere. Deleting the bad line should, hopefully, fix the issue.
Then regenerate the intramfs: sudo mkinitcpio -P

The file doesn’t exist anymore once I deleted it.

I will try to recover it from Timeshift and remove the comment line # and them delete it again.

I have the feeling the the file content was added somewhere because even with the file deleted it’s still being processed.

I can’t precise tell what order I made that fixed the issue, but look likes order meter here.

Thanks for all suggestions.

I back with blacklist.conf and removed comments line (the ones started with #), rebooted the system.
Deleted the backlist.conf again and run sudo mkinitcpio -P.

I think that was the order.