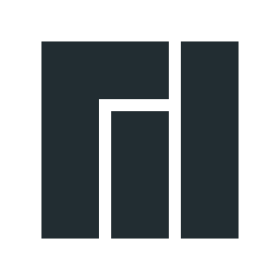 After doing: sudo pacman --sync --refresh --sysupgrade pacman performed an upgrade only on this package: manjaro-system But the upgrade failed. After that the package...

The package manjaro-system doesn’t have anything to do with glibc and doesn’t even touch glibc from a mile away. The 2023.01.24 update to [Stable] did however include an updated glibc-locales package, and presumably, due to your own admission that “the upgrade failed” (as per your quote), you probably ended up with a broken system.

Either way, you should by now already know that you can repair your system by chroot-ing from a live USB and rerunning the upgrade process from there. If you don’t know how to do this, then please search the forum, as the procedure has already been explained a gazillion times — including by myself earlier today.

Since that first method is not really supported, it could be that one of those atomic upgrades removed glibc temporally, making any further upgrading commands to fail.

I had to manually copy glibc libs into the system for making it work.

Logs or didn’t happen. You’ve been around long enough to know better.

or just:
less /var/log/pacman.log
and go to the end

it will show you what actually happened, and when

No more explanation than:

Because that’s not the actual log. I deleted it when I reinstalled the system, after reading it.

I deleted it when I reinstalled the system

Ahh - so thats your way of saying that this whole topic is mute/solved/whatever - not requiring any attention anymore?

I thought you where responding to my comment above:

or just:
less /var/log/pacman.log
and go to the end

it will show you what actually happened, and when

Look at the script last addition:

Next read the manual:

Skips dependency version checks. Package names are still checked. Normally, pacman will always check a package’s dependency fields to ensure that all dependencies are installed and there are no package conflicts in the system. Specify this option twice to skip all dependency checks.

From there you have two options. Or give constructive responses, or I stop responding while I remove this package.

I suspect this is related with a particularity of my Manjaro installations, which use pacman-auto-update.

For security, pacman-auto-update don’t perform upgrades right away. But first it downloads all the packages, and only them attempts to install them (if the computer hasn’t requested to power off).

Now pacman in Manjaro is patched to upgrade manjaro-system before performing any other action, and manjaro-system performs syncs and removals fully ignoring dependency checks. While also manually removing the db.lock.

By the way my system wasn’t the only affected. I had to visit someone else today to fix the same problem, while warning a few more people not to upgrade.

If this was indeed a general issue, what about the couple of hundred people in the update announcement poll that said they had no issues?

manjaro-system is installed on every manjaro install, so if this update was to remove glibc, no user would have put no issue there, because it would have happened to everyone.

I think it’s something specific to you and your friends setup, if it did indeed happen.

I will ask the guy if he can send me it.

Since that first method is not really supported

pacman -S is fine as long as the local database is consistent with what’s installed on your system. -Sy is what causes problems, it updates your package databases but not your system, then because your local database is no longer consistent you may install an incompatible version when you use -S. Just don’t use -Sy and it’s all good.

Also, if manjaro-system used -Syu it would try to update the system whilst in the middle of an update. This doesn’t seem sensible.

Seems like it’s replacing dbus-x11 with dbus. It first removes the lock so it can use pacman again, removes dbus-x11 without removing it’s dependancies (which is a good thing) and then installs dbus and replaces the lock so things can continue normally.

So what’s your point?

Who needs hourly updates. IMO monthly is a good time frame and updates shouldn’t be automated.

Just don’t use -Sy and it’s all good.

It doesn’t seem to be the reason.

In pacman-auto-update the only time -Sy is used is before doing anything else, for checking if there are upgrades.

update-system.sh doesn’t seem to do that either.

Wondering if sync-first.patch changes that behavior…

Maybe it confuses the function updateKeyringsFromRepo (), as that one is atomic for each key-ring. Probably “manjaro-system” is upgraded too there. I will investigate.

Updates shouldn’t be automated. If you’re going to modify your system, make sure your modifications work.

Actually it worked flawlessly for two years, and it was tested by multiple developers.

Sometimes you can’t simply anticipate where problems will be found, and the only way to move forward is to assume the short term risks.

That or you write everything on a wiki, and cross your fingers that now the user knows what they are doing.

Hence I will automate EVERYTHING. Even things you cannot imagine.

I will automate EVERYTHING

Updating manjaro-system DID NOT remove glibc. YOU DID.