after updating the language packages I cannot get the menus in French for some applications (dolphin, kate, etc.) i’m using kde 20.2 stable

Yes, there seems to be something odd with Nibia KDE release in relation with translation. Clean installation of latest KDE release with spanish language selected: There is a mix of english and spanish in menus. Language settings are correct and system is updated to the last version. On the other hand an older installation updated to the to last version works just fine. I realized this just because I have seen some complains in the forum and spanish Telegram group about this. 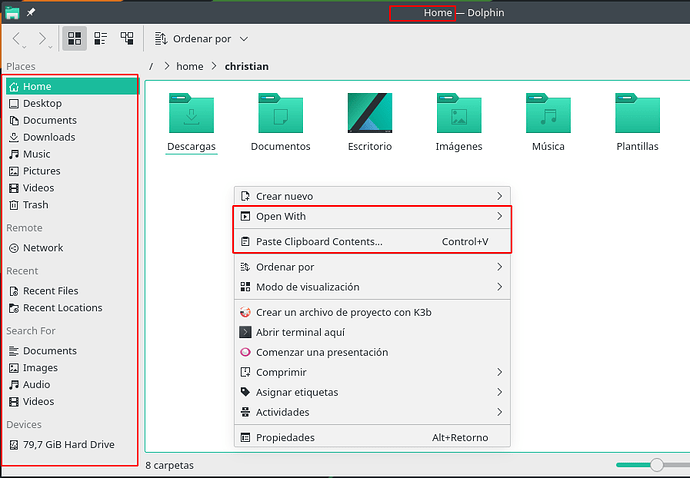 I hope this helps you as well @mp24

EDIT: No, that wasn’t the solution. I have post another message with an update

I am facing the same issue. I have Traditional Chinese selected in the Regional settings/Language. No difference observed whether or not I have English (United Kingdom) as the second listed language. Dolphin interface is basically with partial Chinese. However, the application menu on another laptop has basically all components in Chinese, but dolphin is basically English. 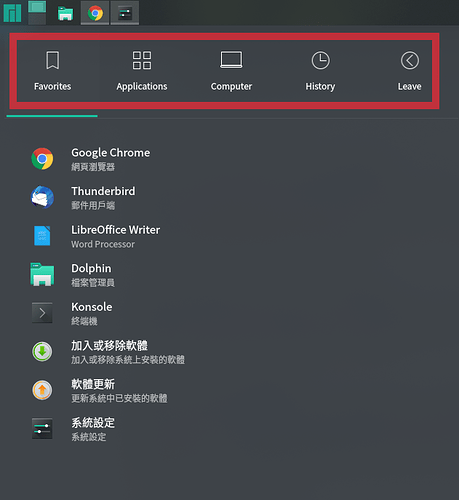 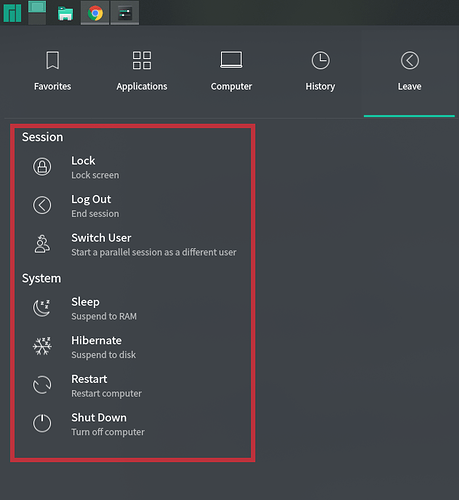 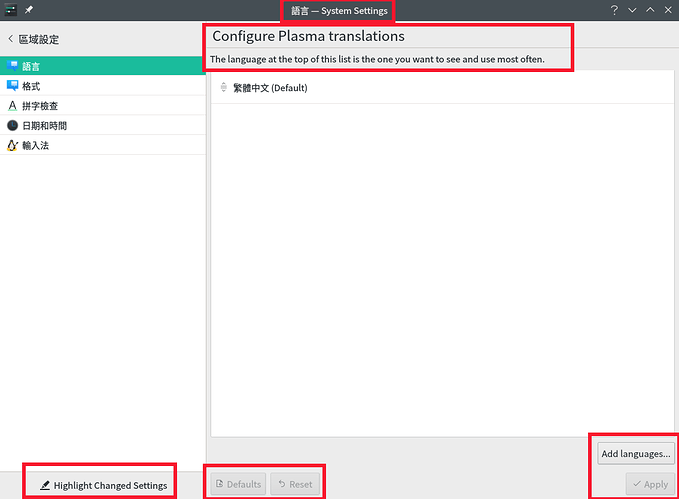 Kate is fully English though the primary language is set to zh_TW. 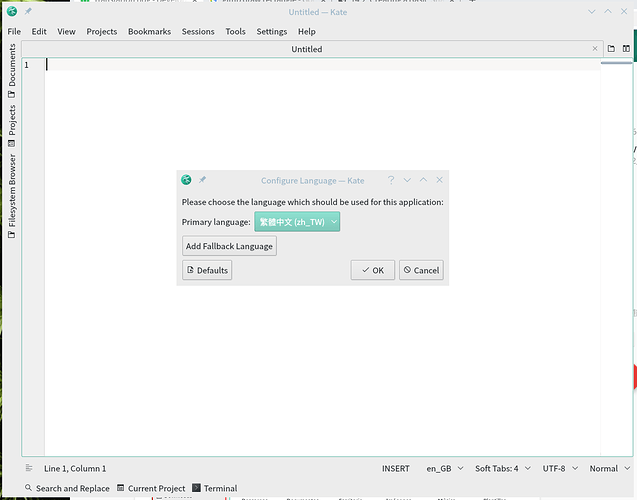 I thought that I had found the solution (see my previous message), but after making more experiments, I find out that I still have the same problem. I don’t know why once (and only once) I got the menus in spanish, but after rebooting the problem is still there.

I have installed two more virtual machines and everyone of them have the same problem.

Hi, I discovered this Locale - ArchWiki (My system is still using wrong language). It suggests that the issue can be solved by deleting ~/.config/plasma-localerc and it does solve the issue on my PC. Hopefully it helps on your pc too.

Thanks @sweizhong, but that’s not the solution to the spanish translation problem. Spanish is correctly defined in that file and removing it makes no difference