Touchegg 2.0 - Can we expect it in the official repos?

Touchegg (one of the best alternatives to libinput-gestures) has it’s first new release in 5 years, with a ton of features we’ve been expecting for better multitouch support. I know it would take some time to test it (it hasn’t even reach the AUR yet), but if it performs as nice as it seems can we expect it to reach the official repos? Touchégg is a multitouch gesture recognizer app for Linux released back in 2011 by José Expósito. He has now revised, completely rewrote the old version, and released a new version 2.0.0 after more than years of gap. The new release aims to make the... 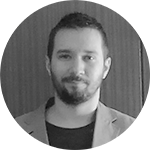 As the older version is not, I don’t expect it will be in official repo.

It’s in AUR though, even though it has not been updated in 4 years.

even though it has not been updated in 4 years

That’s why this release is so big, it has just come out, that’s why it hasn’t reached AUR yet.

The Touchegg dev has posted on the AUR page, so if the maintainer is “around” it will get updated soon.

In the meantime, please try touchegg-git from AUR.