Hi. Someone wants to get me a laptop for my birthday, one they found that they’re excited about, and it’s well past time I switched over to Linux. But I’m worried from hearing about Linux distros often being incompatible with random new laptops, and they said it’d be a waste for them to get me the laptop they’re thinking of if Linux can’t take advantage of all its features. Can someone advise me on how to research this? I’ve looked up “compatibility matrix” but don’t understand what I’m seeing. (Though Arch looks good, and I assume Manjaro inherits that.) If the laptop comes with Windows installed, how can I tell ahead of time if I can replace the OS with Manjaro? (Or maybe MX. I don’t know if Manjaro would be best for me, since I’m not a coder, but that’s another question.)
Thanks!

I suggest to look into lenovo thinkpads, they generally work out of the box. You can also check their website, some of them ship with either ubuntu or fedora.

If you dont need a specific gpu, I would stay away from hybrid cards and nvidia. High dpi 4k screens can also be a pain for scaling, especially if you need to connect an external monitor with lower resolution. My two cents, thinkpad carbon x1 or thinkpads t480 or 490s and you probably cant go wrong.

And welcome to the forum😁

Another one to check out if you are in the US is system 76.

manjaro also has a series of laptops,

I can confirm that in my experience Thinkpads work well. If you want to dip your toe in the water to see how Linux suits you, before investing heavily in a machine for this, you can get second hand ones super-cheap. I started with a Thinkpad X250 which worked very smoothly.

If you want to get something new and are worried about compatibility, there are a bunch of suppliers who specialise in Linux machines. Another poster mentioned System 76, but there’s also Purism (US), Entroware (UK-based), Juno computers, Tuxedo (Germany)… This website has a further list: https://linuxpreloaded.com/

Amongst the big suppliers, Dell and Lenovo also do some machines with linux pre-installed.

If it’s a particular machine you are after, the other thing to do is just do a google, or search on YouTube for whatever the model is and ‘linux’ (or ‘ubuntu’, which may actually be a more common SEO term!). If it’s a popular model, it’s quite likely there’ll be a review somewhere of someone having had a go at running Linux on it.

@zircon34 and @lukewhite, thank you both!

It turns out they already have one of the laptops they were thinking of getting me, so they’re testing both Manjaro and MX for compatibility on their machine. I’ve passed along your comments.

Since you’ve been so kind as to respond, could I ask your opinion on noobie distros? I don’t need Linux to look or act like Windows as long as the learning curve isn’t too steep. I’d thought I’d be using Mint (I’d decided years ago to get Mint+KDE when I switched), but after looking into this again, Manjaro and MX seeme like they might be better. I’m looking for ease of use, not control. I seriously doubt I’m ever going to be tweaking the kernel! But I don’t have a Unix background and haven’t used line commands since DOS, so it would be nice if I could drag-n-drop, point-n-click instead. Since Firefox deleted all my work customizing it, I’m jaded with customization. I just want to install my programs, write a book or modify a font, browse the web, watch a show, rarely play a game, and then not usually a graphics-intensive one. That’s about it. Is Manjaro appropriate for that kind of thing, or do you think a more modest distro like MX would be more accessible?

How about taking a USB to a store with laptops on display, shove it in and reboot - take a spin.

That’s a good idea. It would probably need a touchpad driver or something, but that’s minor. I’d need to investigate how to test things like if the full core is being used.

You waited too long, I’m afraid. Mint KDE went extinct a couple years ago. It’s still possible to install KDE on Mint, it’s just not supported and would be more of a hassle, especially when upgrading.

Yeah, that’s when I knew I needed to change something, I just figured it would still be Mint. And it still might be. Looks like Manjaro out of the box doesn’t support the touchpad, and Mint doesn’t support sound or the touchpad. (MX doesn’t even boot.)

Since you’ve been so kind as to respond, could I ask your opinion on noobie distros?

I know many people will recommend linux mint but I personally did not have a good experience with it and neither the newbies I recommended it to. However, I still recommend to try it and if it works fine for you thats great. It uses the cinnamon desktop in case you like the interface and makes it easy to have nvidia driver installed.

The easiest to start with is to my opinion ubuntu, its mostly stable and there is not much you can break. There is a software center to install and update your software and you can also use the terminal to learn if you want. You could also try kubuntu if you want something more windows 7 like.

I tried to install MX linux and boot on a usb stick, I still dont understand why it is so popular. To me it looks outdated and was not intuitive.

manjaro was definitely the most stable distro overall, and I have used entirely linux for work since 2014. I also recently discovered Endeavor OS, also like it and is clean, closer to pure arch. Both are great and currently my favorites!

I have, over 13 years, installed Linux on a raft of laptops, and it has “just worked” on every one of them. Manjaro is entirely suitable as a beginner’s distro, being easy to install and with a welcoming community. I’d go so far as to call it the new Ubuntu.

So, the (Lenovo) laptop in question does indeed boot off a Manjaro CD, so that’s good.

But to dive in deeper, does Manjaro have a guideline on how I could test how well e.g the CPU is supported? E.g. validation / whether all cores are used / virtualization? (Maybe also power management, vid accel.) I’d hate to get the laptop and then down the line discover that it’s overkill for the OS.

@kwami I would suggest the linux hardware database: 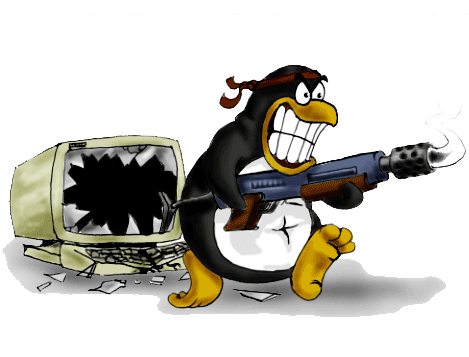 A database of all the hardware that works under linux

There are lot of laptops and it will display which laptops or chips work. Everyone can post their anonymized hardware and logs there.

But a Manjaro specific database is not existed. You might also visit: Category:Laptops - ArchWiki for more information since Manjaro based on Arch.

I didn’t know that something like this still existed or if it was update regularly.

The Linux Hardware DB and ArchWiki don’t have that exact model, but they do have similar ones, and on those everything checks out but the fingerprint.

But, sorry, I wasn’t clear. What I meant was, since we have the laptop to test and Manjaro on a bootable USB drive, how do we physically test that the CPU is fully supported (all cores etc.)?

how do we physically test that the CPU is fully supported (all cores etc.)?

maybe also do a geekbench: https://www.geekbench.com/

thanks, megavolt! sleep now, will try that tomorrow.

If you already have access to a machine, you are in an ideal position to check it out yourself - make a bootable live USB from the .iso file of the distribution you are interested in and start up from it. You can check that things like keyboard, trackpad, wifi, blueetooth, touchscreen, ports, graphics card, external monitor, and whatever else are working. If they run OK from the ISO, you should have no problem when you install it.

Manjaro would do all of what you ask from it, I reckon, and it is a pretty straightforward distribution. As a somewhat non-technical user, it’s what I use myself, and it’s a really good experience. The forums are friendly and people are helpful. I might still recommend Ubuntu for a brand new user, who is nervous about getting things started up. There are a few small things that were just a little more fiddlly to set up for me in Manjaro - printers spring to mind. On Ubuntu, I simply plugged my printer in and the system recognised it and I could get on and use it. In Manjaro, I had to do a bit more to actually install the printing software and drivers manually. It wasn’t super-difficult, but I was glad I’d had some experience with Linux before trying that out. This said, I don’t want to frighten you off too much - it wasn’t that hard! Manjaro is pretty beginner-friendly, and you would rarely have to do anything in the terminal if you don’t want to. It has a great graphic package manager, and other GUI tools to manage your system. The other advantage of Ubuntu, however, is simply the fact of how popular it is. There are masses of web pages and YouTube videos on how to do things in Ubuntu, which makes solving any issue you do have more straightforward. Overall, I use and prefer Manjaro, though. It’s a joy to use, has really nicely themed desktop environment. It offers flexibility and ease with regard to how / from where you install software, and of course, it’s more “up to date” than Ubuntu. If you are using very new hardware, it may even offer better support for this (and I suspect MX Linux, which is based on Debian, for example, may be somewhat slow in providing support).